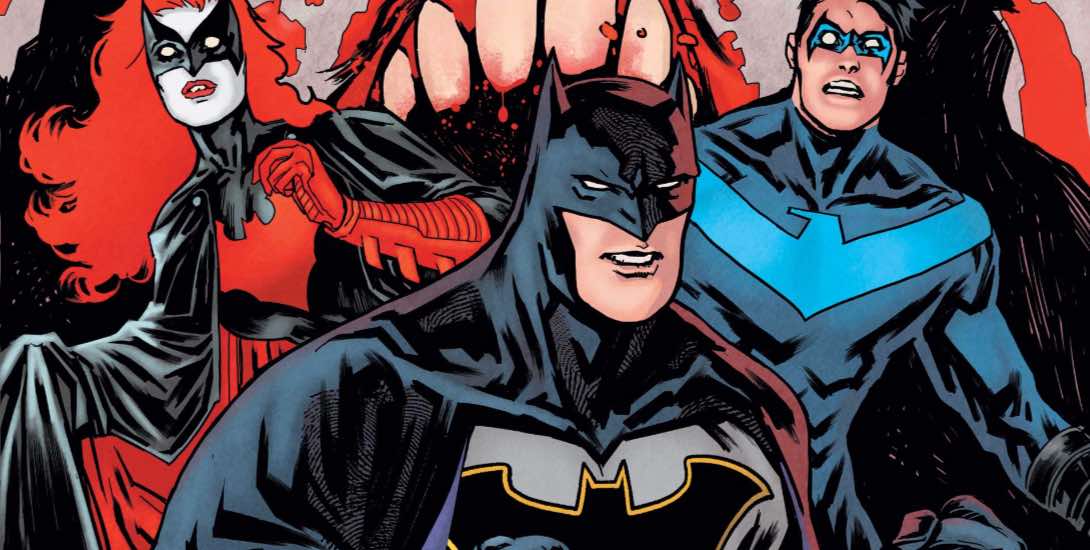 With this issue, we are finally seeing Hugo Strange’s plan come into fruition when giant monsters begin to wreck havoc in Gotham.

Supergirl’s Steve Orlando stepped in to help regular series writer Tom King with the “Night of the Monster Men” crossover event. Orlando’s script does not miss a beat from King’s run. It feels like an organic part of King’s over-arching Batman storyline. With that being said, the plot is pretty light. It sets up just enough to get readers up to speed on current Bat-family status quo and then it hits the ground running with the appearance of the Monster Men. This almost breakneck speed of the plotting creates a sense of urgency and chaos. The Bat-family feels like it is being stretched thin as they have to combat threats on multiple fronts.

However, there were some weird caveats that slightly derailed my enjoyment of the issue. First, Nightwing acted like he barely heard of Hugo Strange, which puts into question which previous Hugo Strange stories are still in the new Rebirth continuity, if any at all. Another minor problem is how Batman and the Bat-family meet on a rainy rooftop- including Clayface, whose primary weakness is water. To make the scene weirder, it is quickly hand-waved away with Batman conveniently giving Clayface something so he can survive in water. It is a nitpick, but it took me out of the story for a moment. 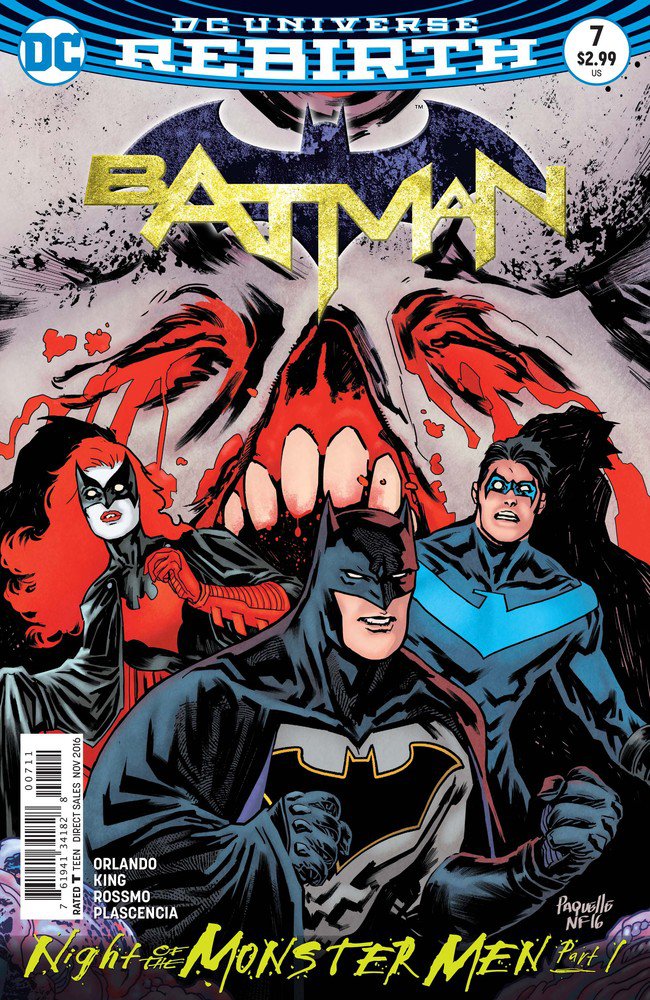 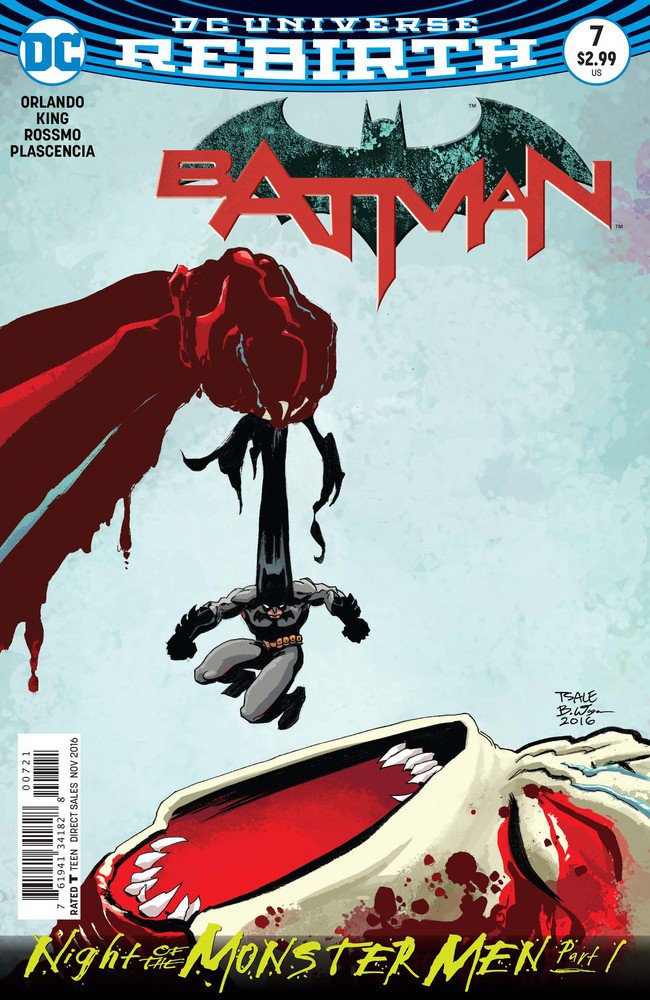 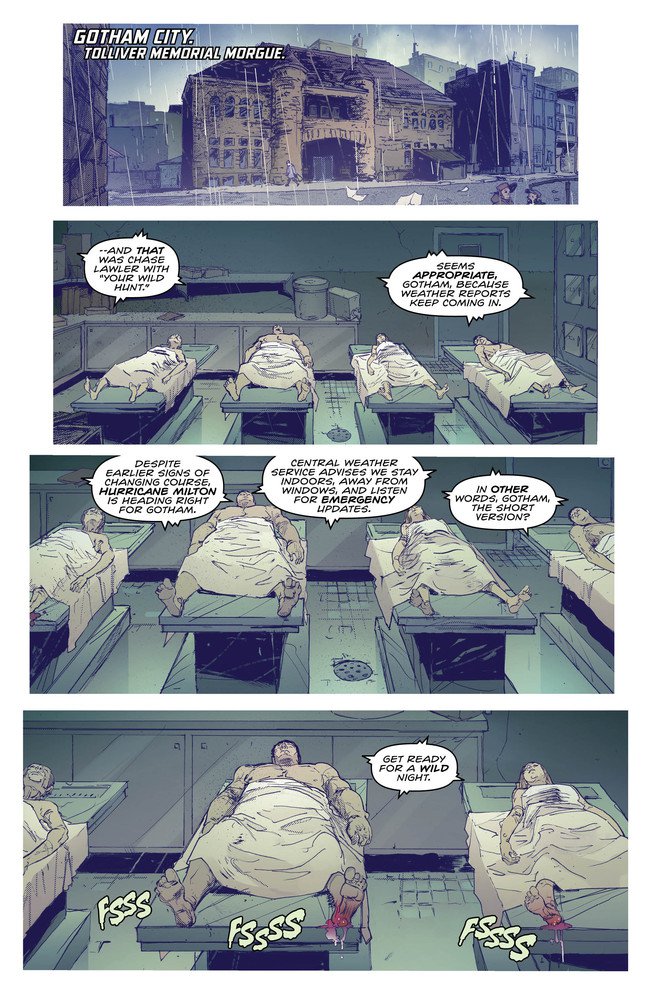 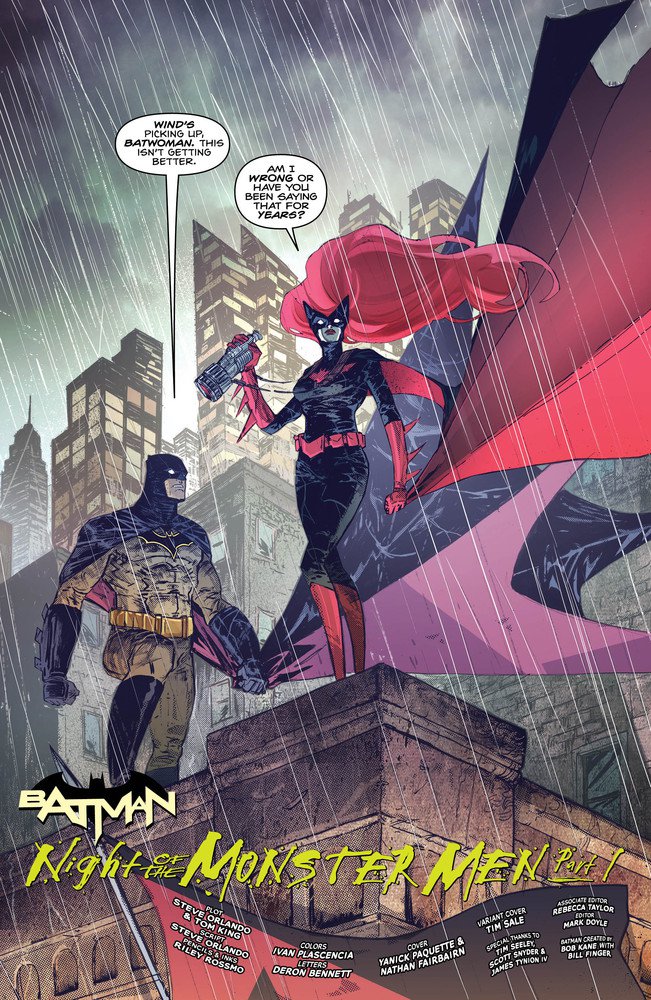 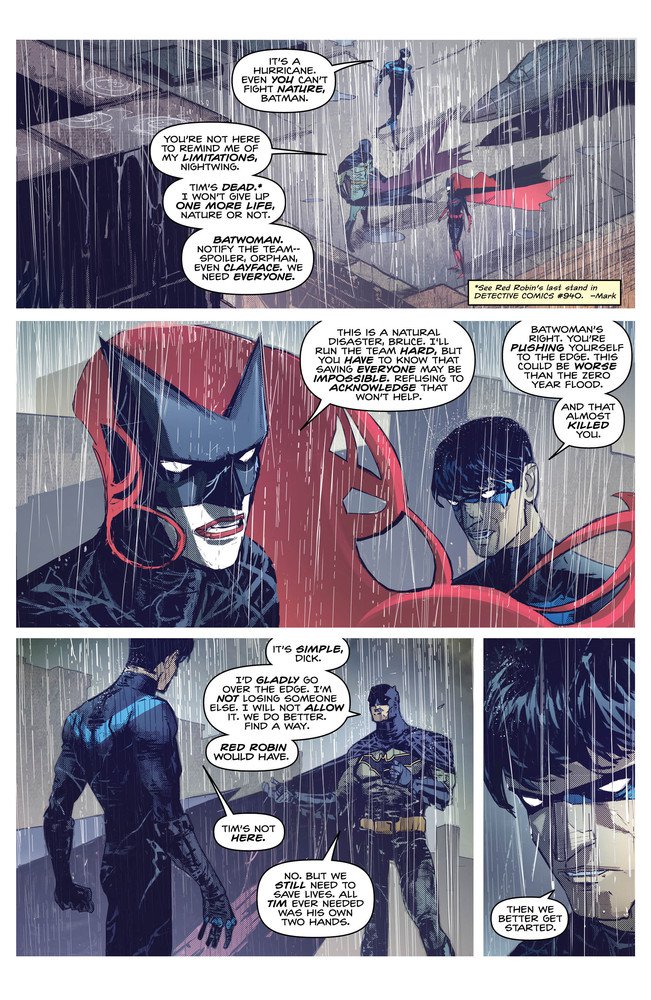 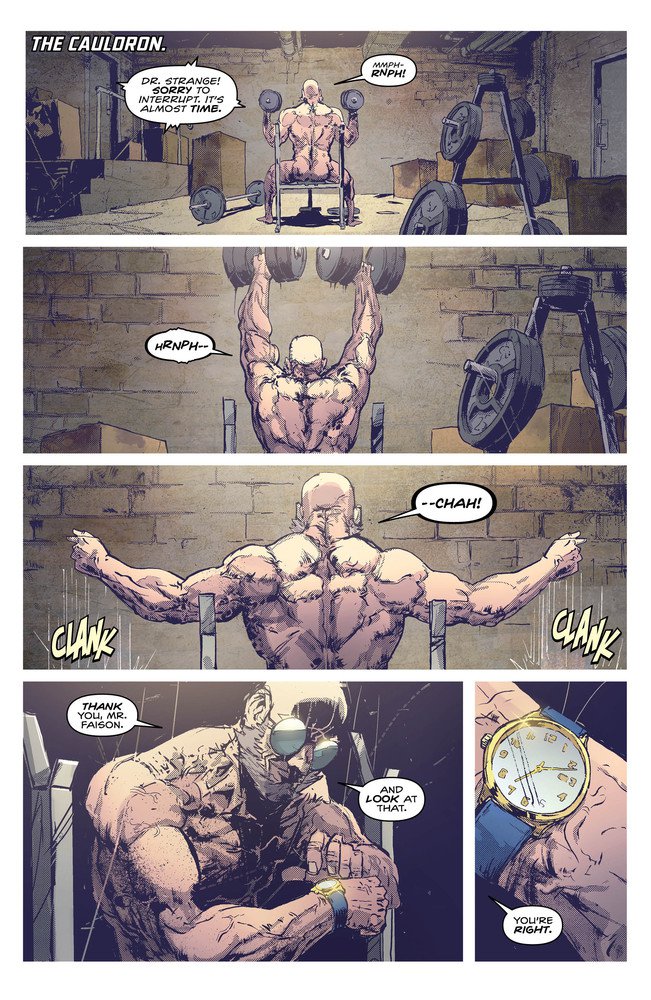 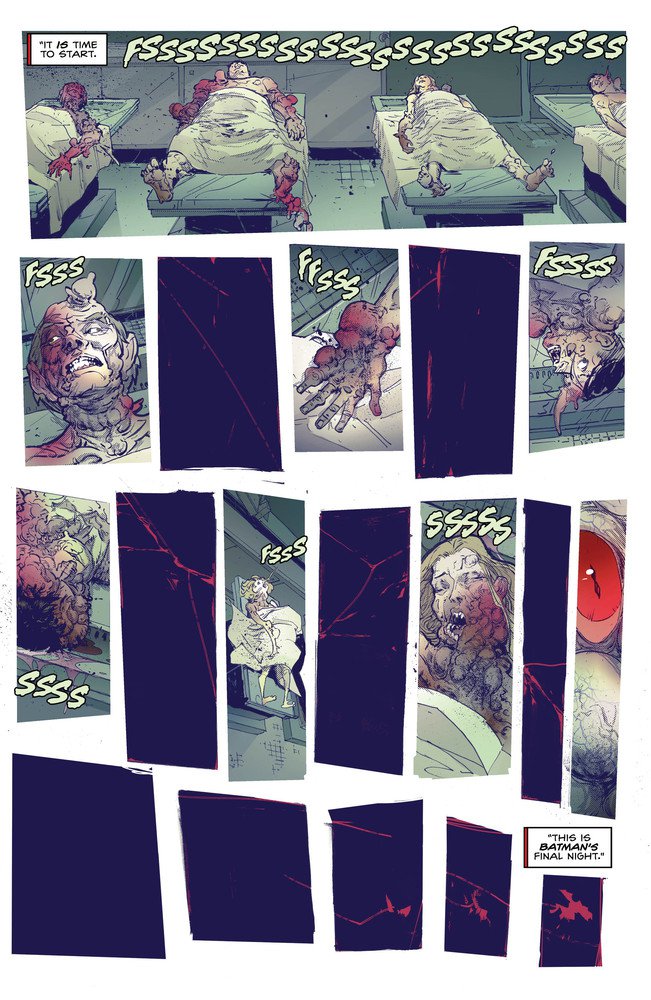 Also joining Orlando this issue is Riley Rossmo handling the art duties. Rossmo’s style is cartoony, reminiscent of a looser Francis Manapul. The story’s setting is a pre-hurricane Gotham, complete with high-winds and constant rain. You can tell that Rossmo had fun drawing Batman and company in the rain as Batman’s cape or Batwoman’s hair wildly whips in the wind, making the art look very dynamic. The titular Monster Men’s designs are also very creepy and visceral. They resemble monsters from a Guillermo del Toro film and less like the traditional Monster Men from the comics. Rossmo’s art really makes them look repulsive and intimidating.

Even though this issue’s plot is a little thin, it does a decent job of instilling a feeling of emergency for Batman and the rest of his crew. They are definitely in for a long night in the “Night of the Monster Men” crossover.