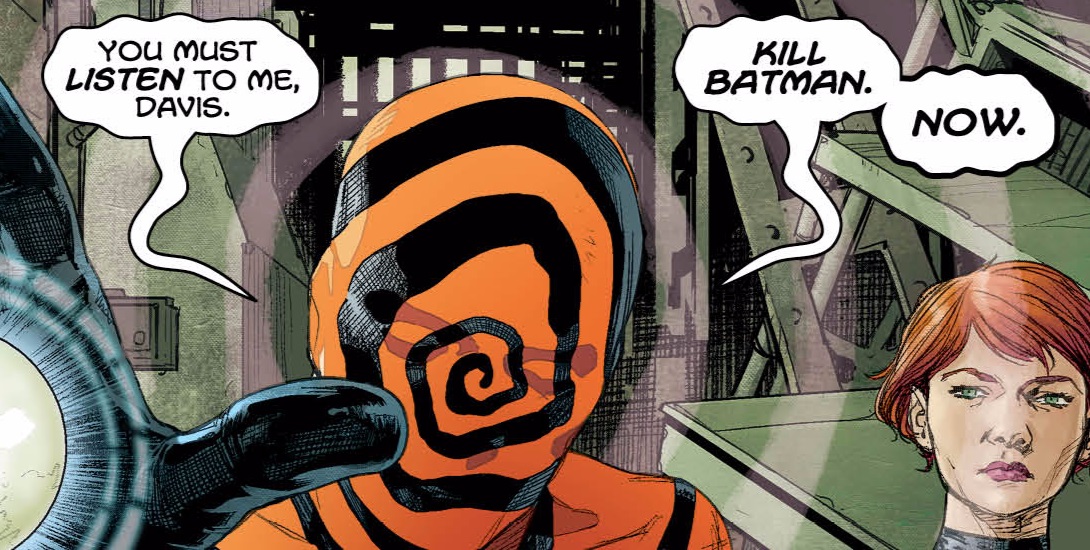 This is a series finale done right. I applaud Dan Jurgens for being able to wrap up a story arc, as well as a series, and plant seeds for the next volume. His experience in the industry is ever apparent and shines through every page, making Batman Beyond #16 a joy to read.

Bernard Chang sat out this issue, no doubt to get some lead-in time on Batman Beyond: Rebirth #1, but there’s no need to fear because Stephen Thompson stepped up to the plate and knocked it out of the park. Yes, it may take a moment to adjust to his style, which is quite reminiscent of Gary Frank’s, and is a bit more realistic than what we’ve grown accustomed to seeing in a Batman Beyond story. Still, I must admit that I enjoy shifts in perspective every now and then and wouldn’t mind seeing more of Thompson’s work in the future.

The bulk of the issue sees Terry McGinnis battle to overcome Spellbinder’s control. With the help of Batman/Tim Drake and brother Matt, Terry eventually breaks free and regains his memories. This is really a tale of willpower and family.

As we neatly transition back to having Terry as Batman just in time for the Rebirth title that launches in three weeks, it will be most interesting to see how he readjusts to the role. Will he have trouble remembering some things? Will he have to hit the learning cure again? Or will he be a perfect Batman from the start? Time will tell.

The final page makes me wonder if and when we will ever see this version of Tim Drake again; that’s all I will say. But I guess we have multiple reasons to keep reading in three weeks. 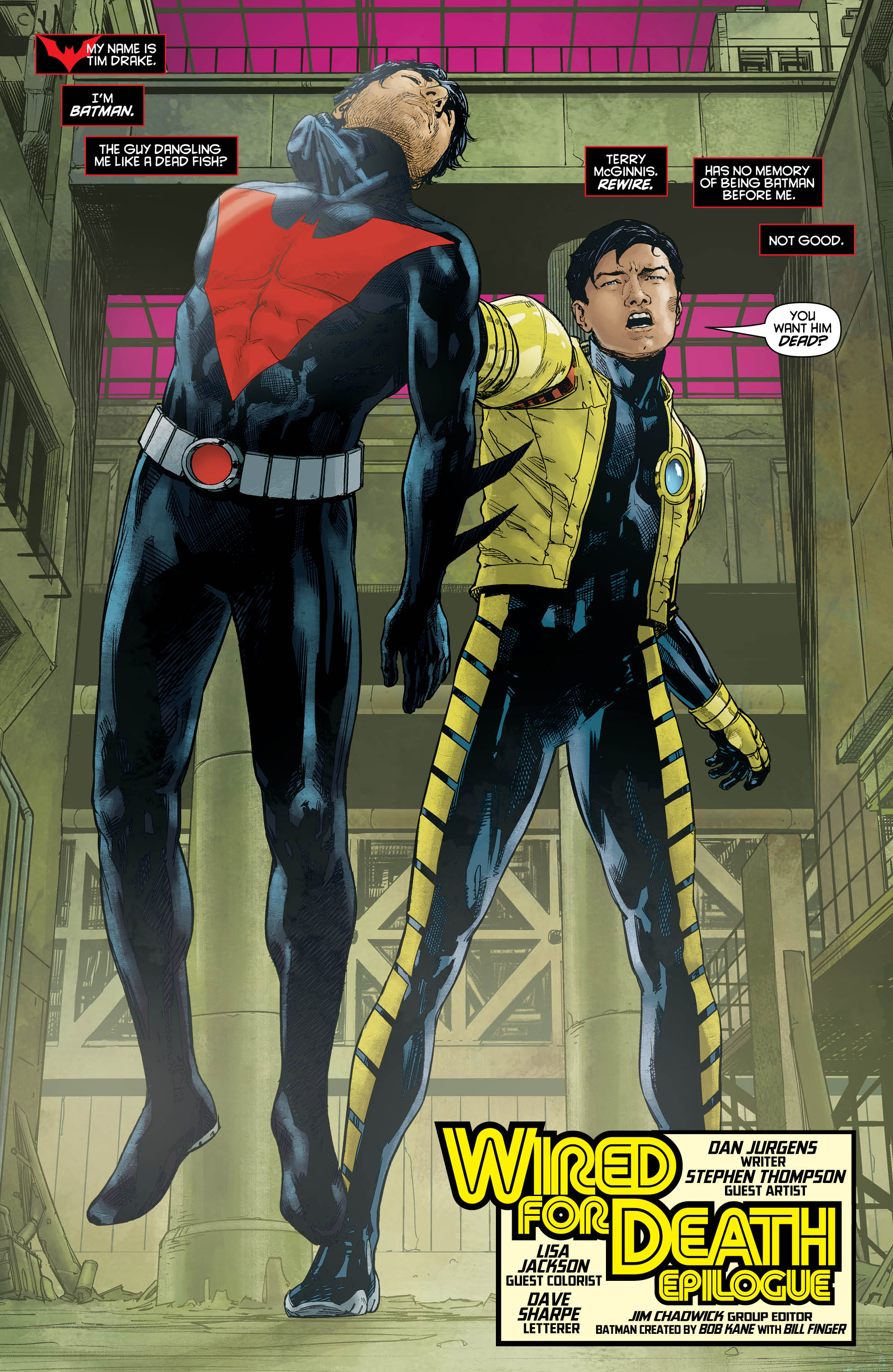 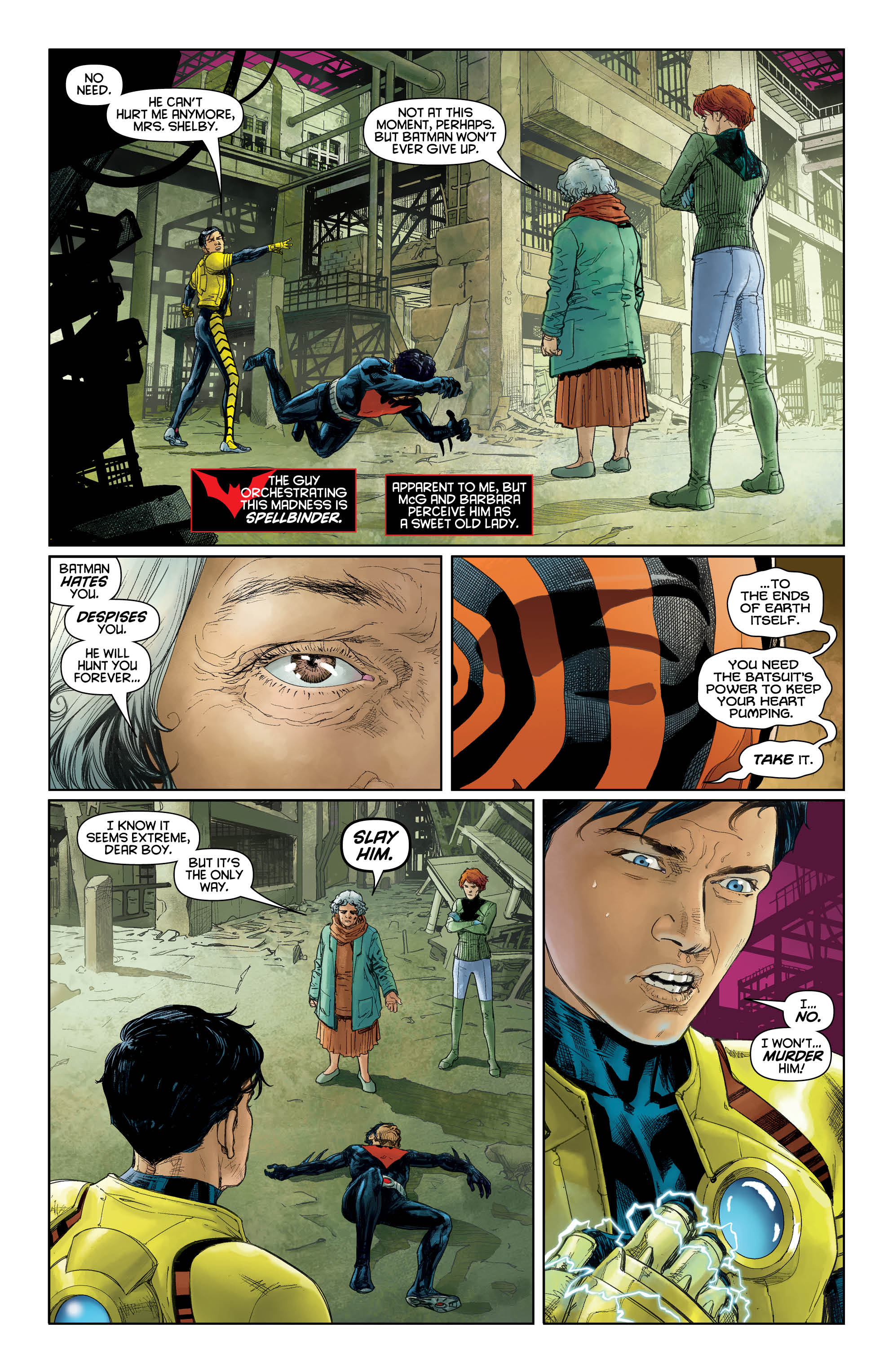 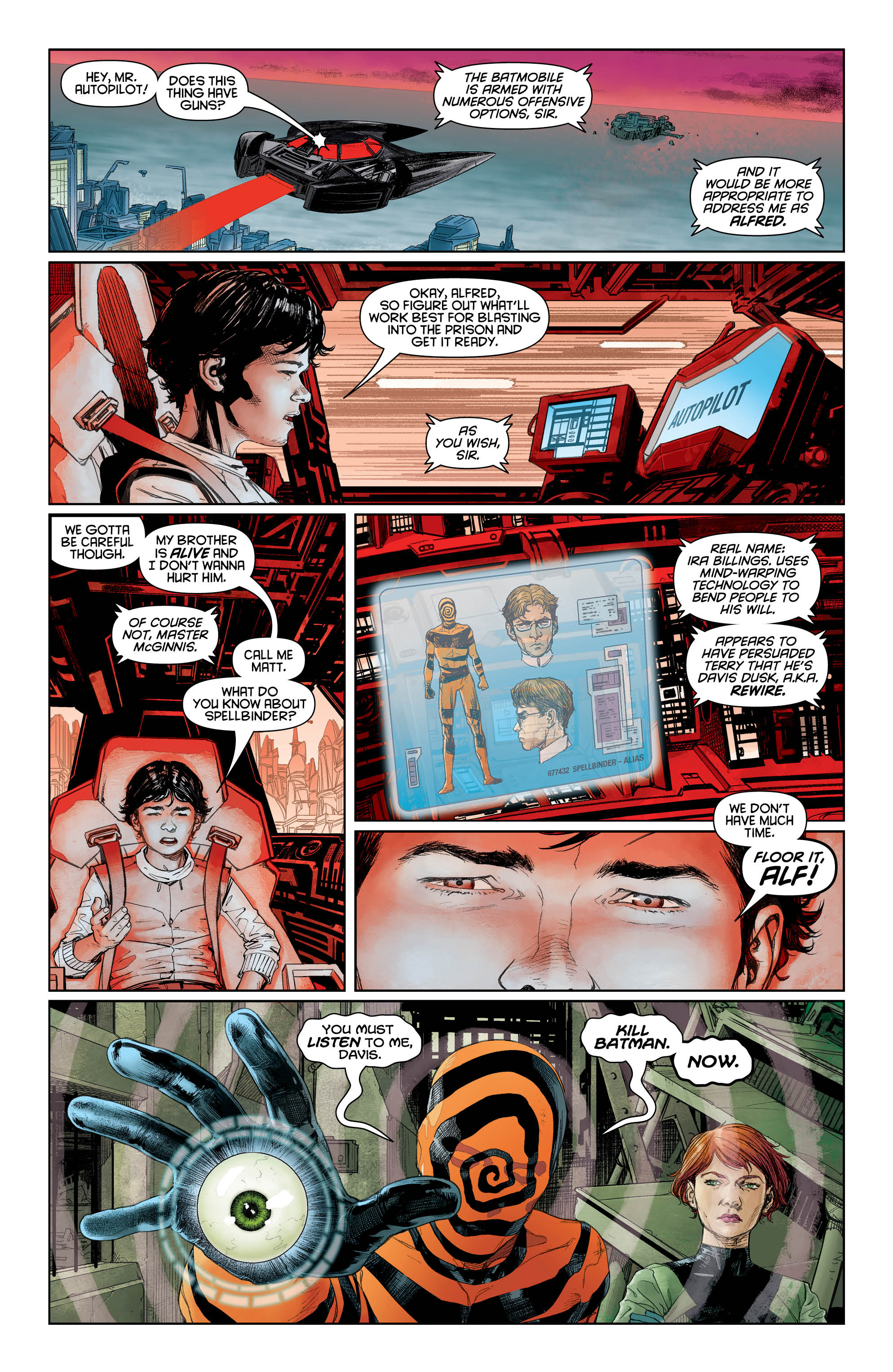 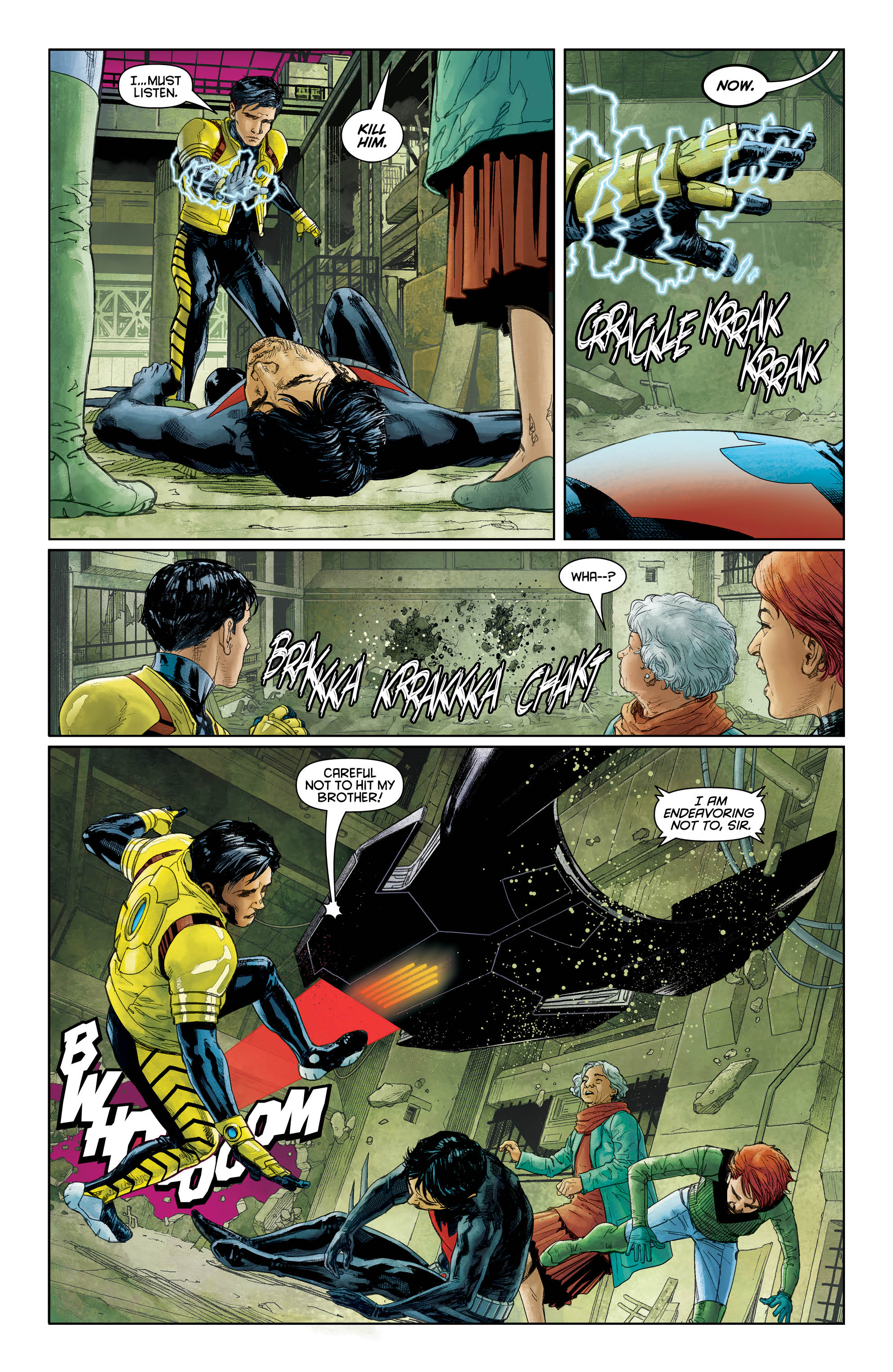 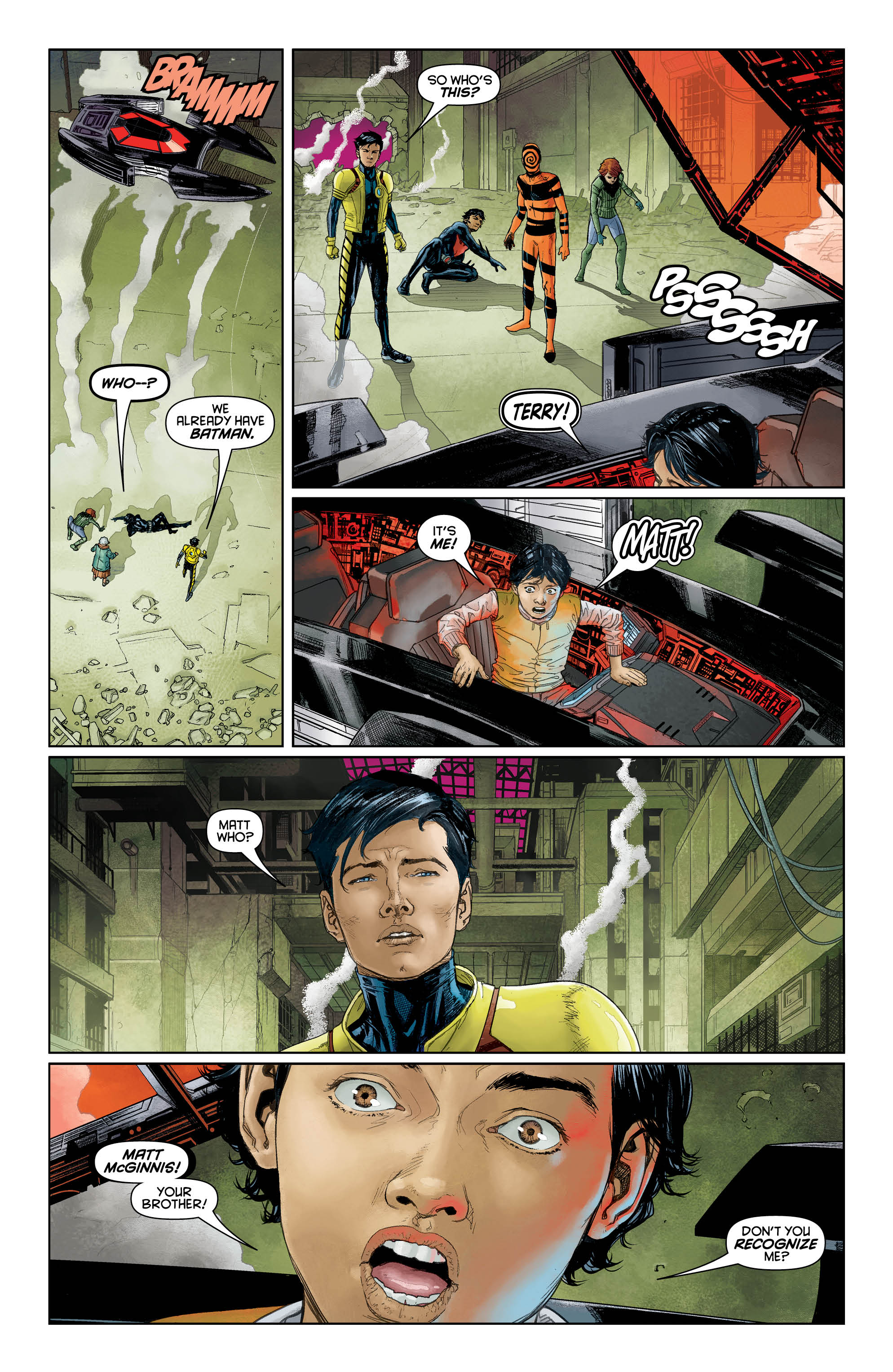 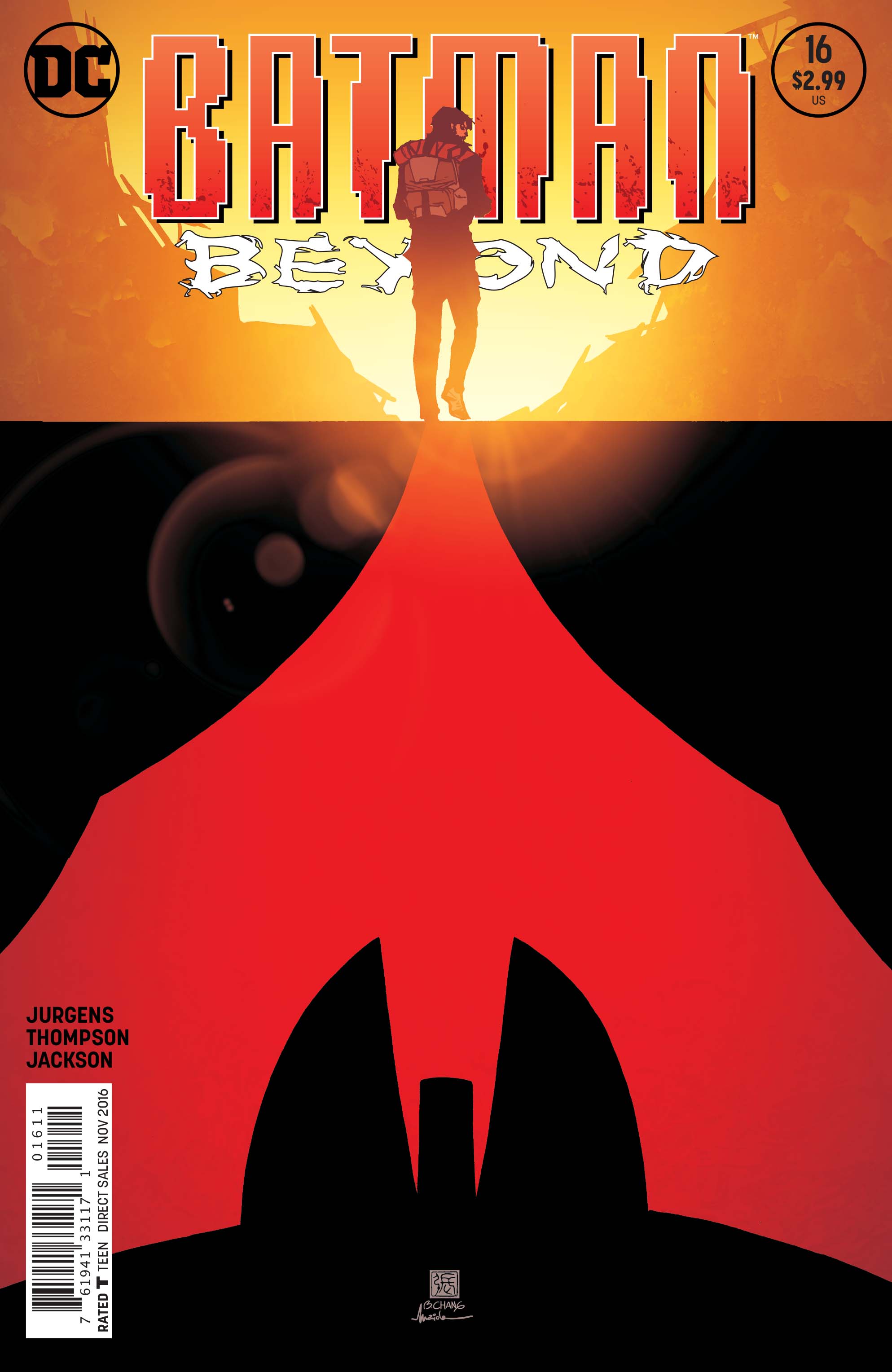