Over the past few weeks, Batfans have been delighted to hear that Fox TV series has been revealing more and more information regarding their version of Mad Hatter, which they promised for Season 2.

It was revealed that The Walking Dead alumni, Benedict Samuel was cast as Jervis Tetch, the Mad Hatter, revealing that he is a hypnotist seeking his sister, Alice (to be played by Naian Gonzalez Norvind), who has a very special ability. That ability remains to be seen.

Zap2it got to visit the set of Gotham and managed to speak with Samuel regarding the role. Samuel confirms the Hatter’s objective in this iteration, “His purpose is to find his sister and I think he’ll move hell and high earth to find her.”

Samuel also seems to recognize the character’s importance in Batman’s story, “All I need to do is focus on the work, the scenes, the moments, and less about trying to put my own imprint on this character because the character is far bigger than I am.” It’s a truly interesting approach to take considering every actor tries to make their mark on a character and in doing so, we’ve gotten some very memorable performances. Everybody wants to be wowed by an actor’s take on a character. So although it’s a very humble thing to say, it worries me that he’s going to phone it in.

Less worrying, however, is one thing he revealed about how he views the character: “It’s a simple sentence that says, ‘I understand you, you don’t understand me.’ I feel the Mad Hatter certainly operates in that way.”

Sometime new came out of this, however, and that’s that Zap2it managed a very cool shot of the Hatter’s headquarters. It’s everything you would have expected from the modern day take on the Mad Hatter. Dingy and unhinged with traces of whimsy based on the imagery of Alice’s Adventures in Wonderland. 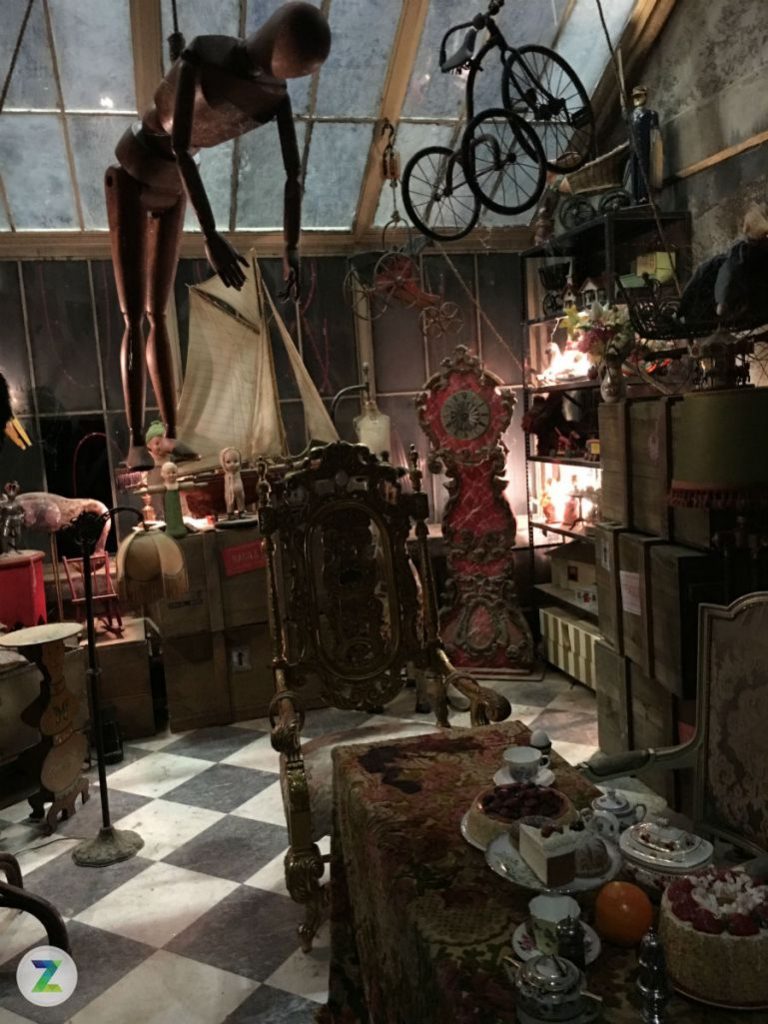 Cool, huh? What do you think?