Suicide Squad Most Wanted: El Diablo and Boomerang is a really interesting read. I liked that they picked two of the characters that people would be least familiar with going into the movie, I think that was a smart play for new readers. They’re also two very different characters, and I think that balances out the issue incredibly well. Diablo has honor, has a kind of code despite all of the terrible things he’s done. Boomerang has none of those things. He’s not the most dangerous guy on the team, not the most loyal, not the most moral… in fact, the interesting jumping off point of his half of the issue is that he doesn’t really have anything to offer. 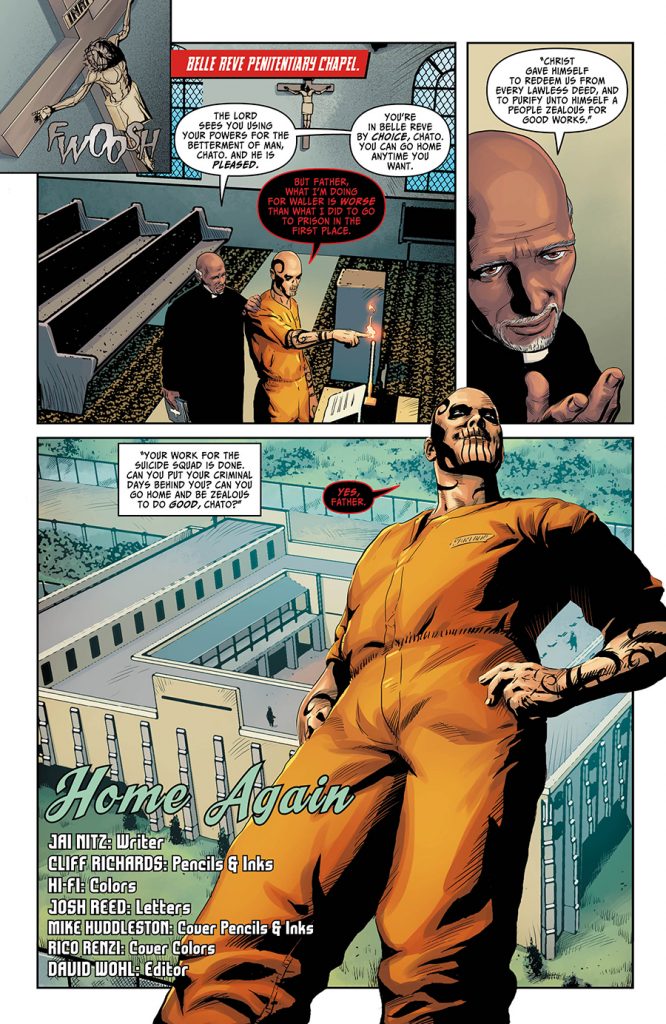 But let’s go back to the first story, Diablo’s story, which I think is the better of the two. It starts off with a terrific moment at the beginning when Deadshot orders Diablo to burn down a church. Granted, it was operating under the Order of St. Dumas, but it’s still a church. He’s horrified to do it, but he’s under the belief that this is his last mission and then he’s out.

Of course, that’s not the case. Waller is still doing everything she can to pull his strings, but what I like best about the story is that Diablo is pulled in two directions, forced to choose between the Suicide Squad and Checkmate, a new organization that seems to operate much more above-board. It’s a story that seems obvious, but I don’t think it could be told through another character. That’s why it works.

Similarly, Boomerang’s story couldn’t have swapped in another member of the squad. It’s not just a short solo piece. It’s about how the rest of the team views Boomerang and to some degree it’s also about the way he sees them. There are times when it almost broaches getting into how Boomerang views himself and his place in the squad, but I don’t think the character is capable of thinking that deeply. The writers luckily understood this and dialed it back. 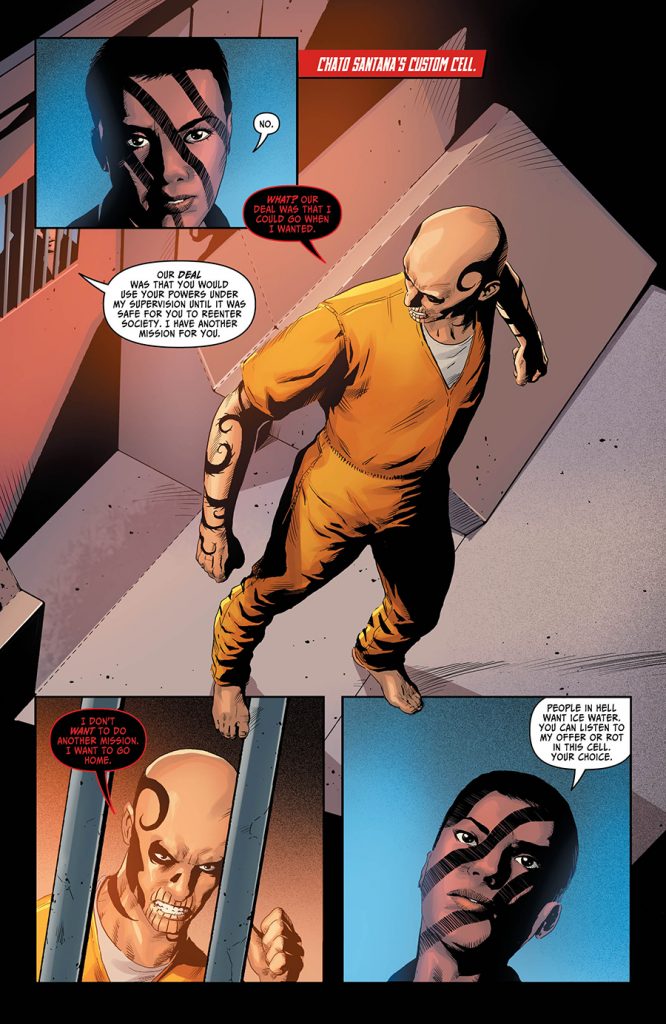 Still, there’s some interesting stuff as Boomerang is forced into an apparent team-up with young metahuman Breaker. Ultimately, it shows that Harkness is a thief and very capable of looking out for his own survival—also showing that he might be more in his element here than in the larger team setting.

Both stories are bigger than what we’re getting in this issue, and they feel like it. After all, this is the first in a six issue series. That doesn’t really bother me, but I would have really liked little vignettes for each member of the squad, something short and sweet that cuts to the core of the character. But I’m not complaining about this, either.

We May Have Already Seen Harley Quinn on ‘Gotham,’ According to Producers