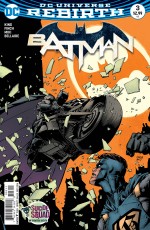 Something that Batman has always done, whether it be in fiction or in the real world, is inspire people. That very notion serves as the backbone of Batman #3, as we learn the origins of both Gotham and Gotham Girl, two superpowered beings who recently joined The Dark Knight in his crusade for justice.

Well, he don’t learn everything. Apparently, Batman helped avert a tragedy that echoed his raison d’etre awhile back that led to the two young heroes becoming who they are today. What we have yet to learn, however, is how they got their superpowers because, baby, they weren’t born this way.

I feel that Tom King has really excelled at writing comics in a cinematic fashion. He’s doing it over in The Sheriff of Babylon and he’s certainly doing it here. Luckily, David Finch brings it to full realization with his own brand of visual brilliance.

Was it just me or was King really channeling Frank Miller with this issue’s dialogue, especially in the first few pages? My only complaint is that the dialogue boxes really needed to be color coordinated so we could tell who’s talking off panel.

On the villainous side of things, we hear a little more having to do with the Monster Men jazz and get a sample of Hugo Strange’s calculated madness. While it’s possible that they could simply be planting seeds for this fall’s crossover event, I do think King has a grand scheme and everything is part of a bigger tapestry to be explored over the next year. In short, he’s too good of a writer to mishandle things or not pay them off.

Continuing on that note, I think his run will read well when collected into trades and maybe even an omnibus. Yes, it’s quite early to say that, but it’s obvious that he’s got some big ideas and we the readers will hopefully be rewarded in kind. 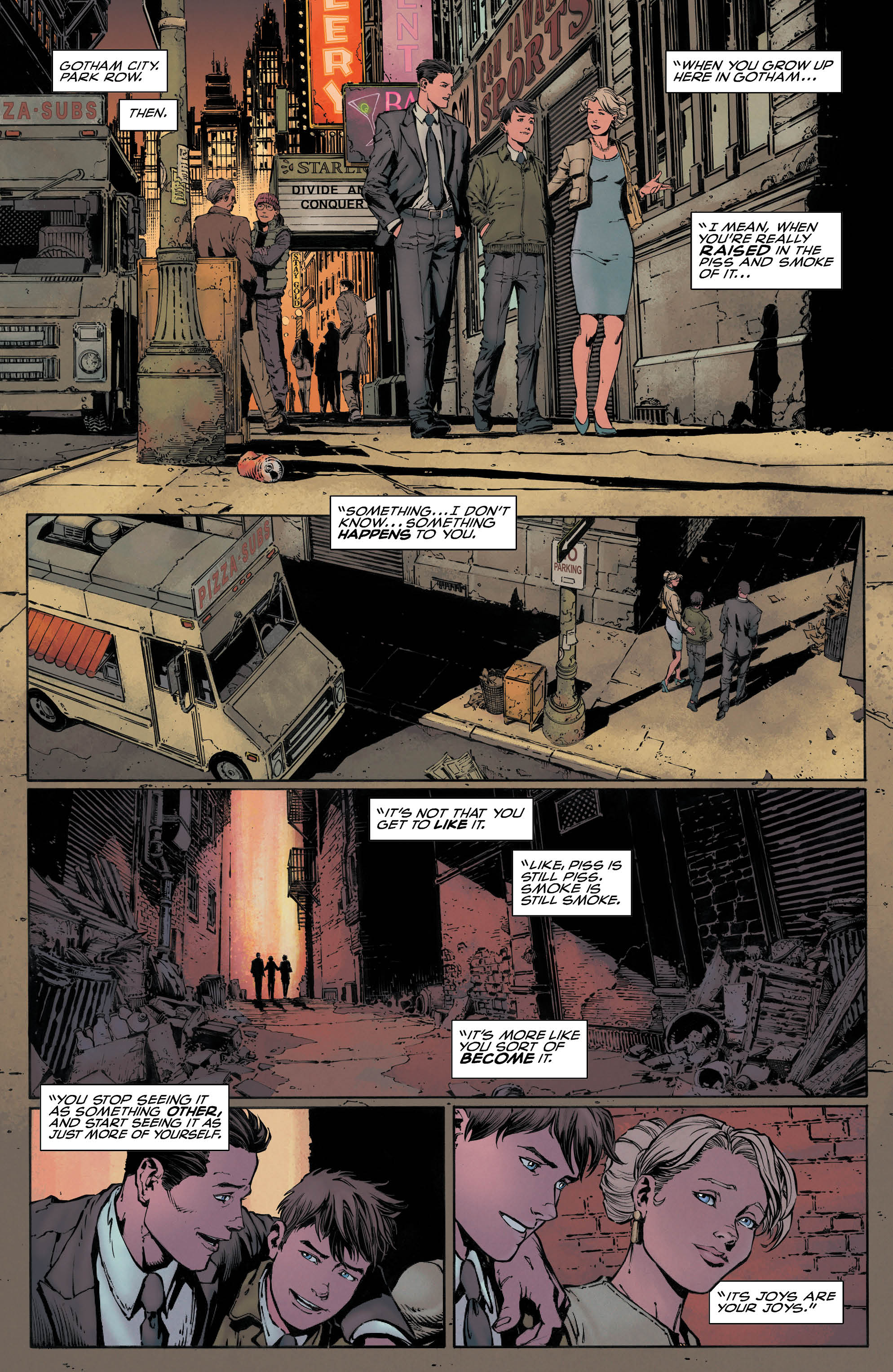 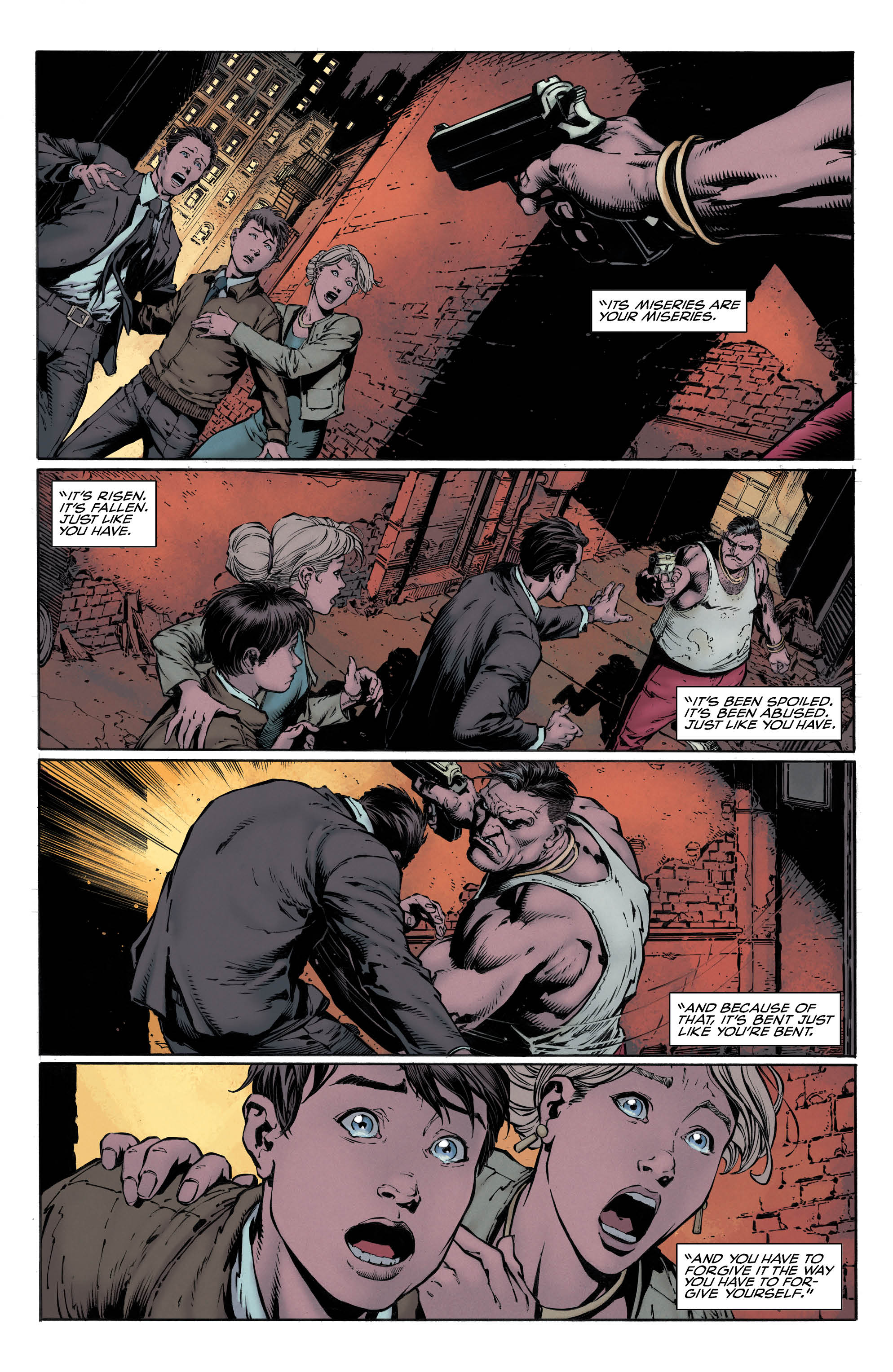 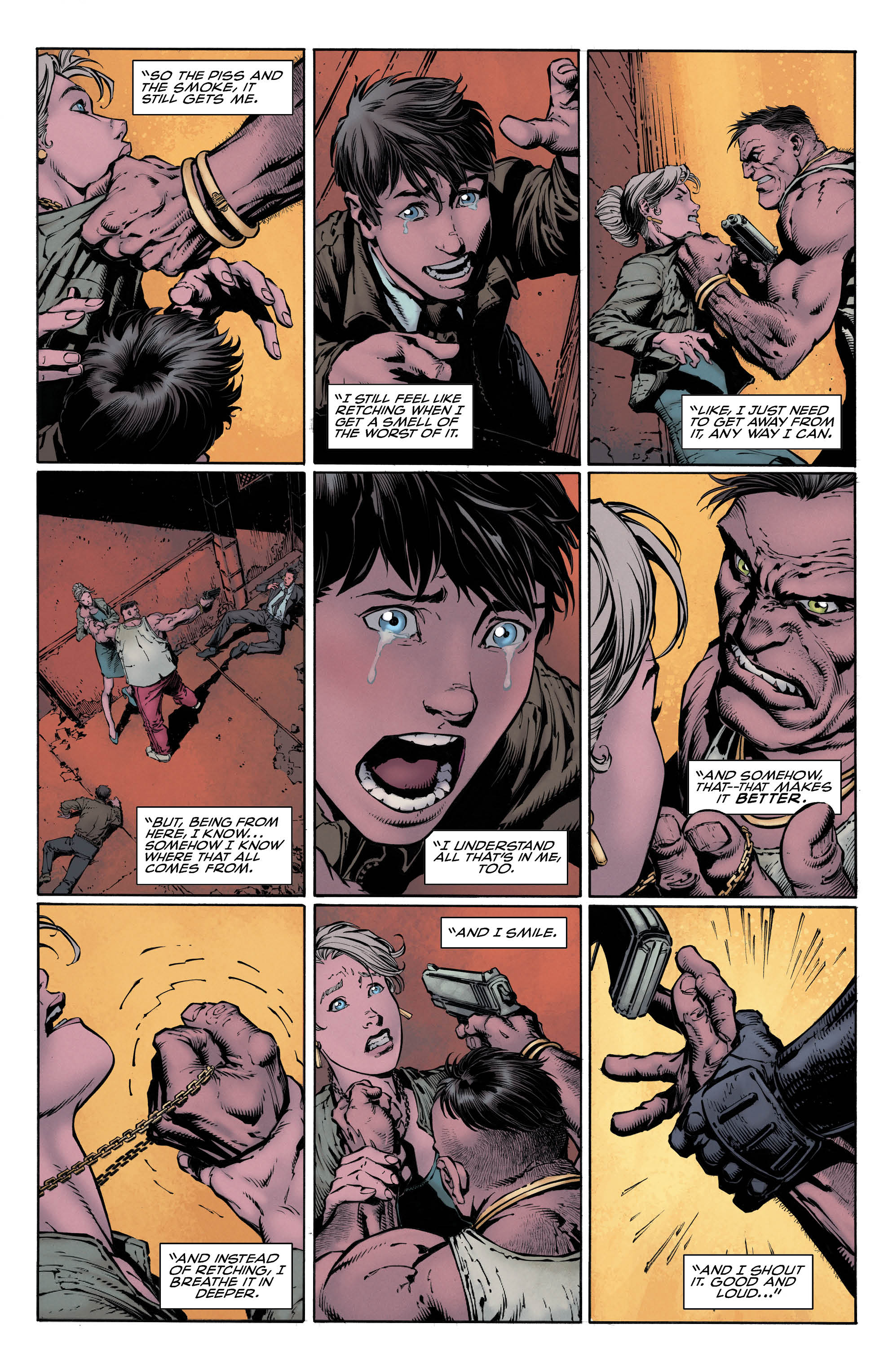 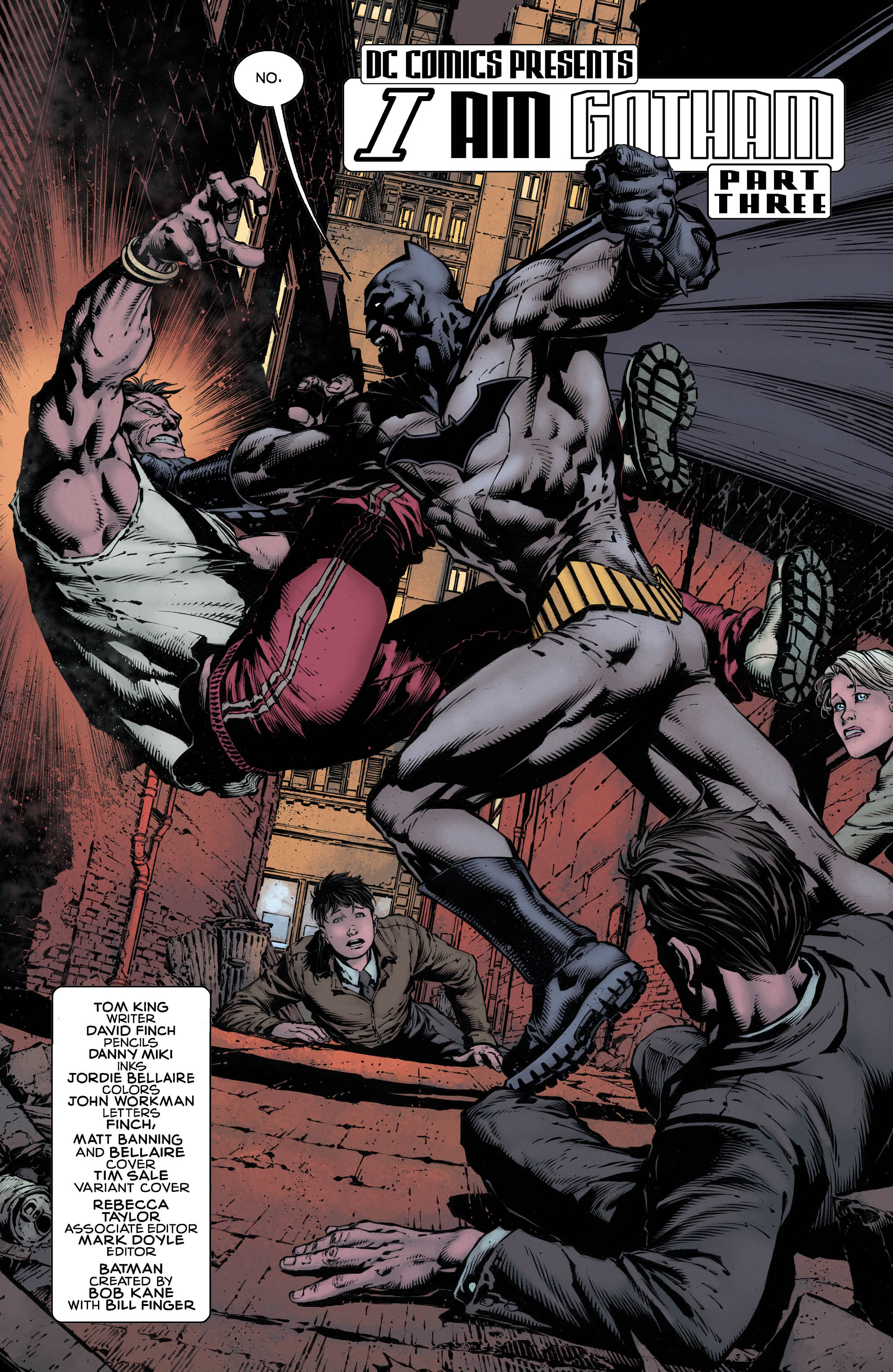 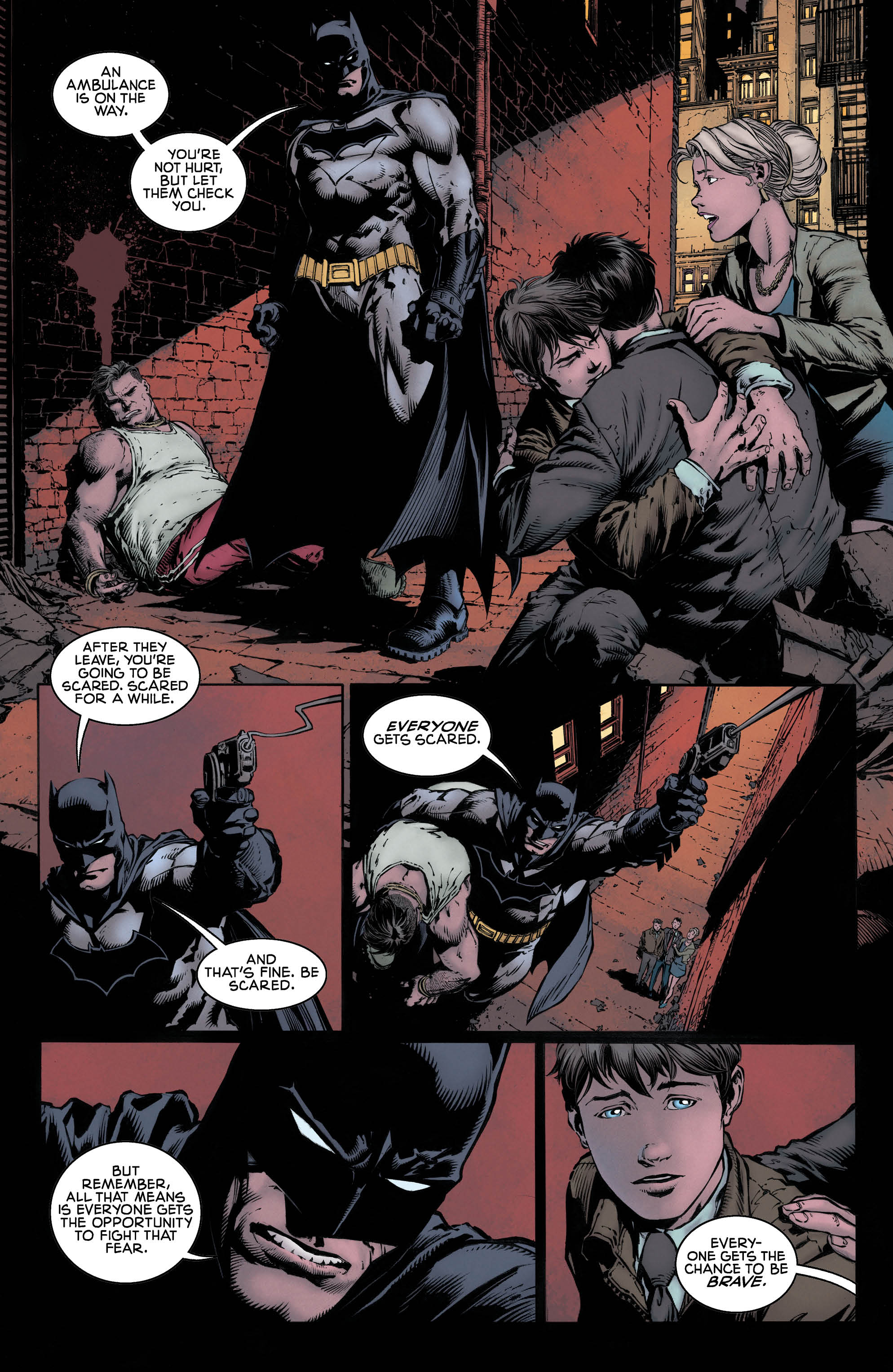 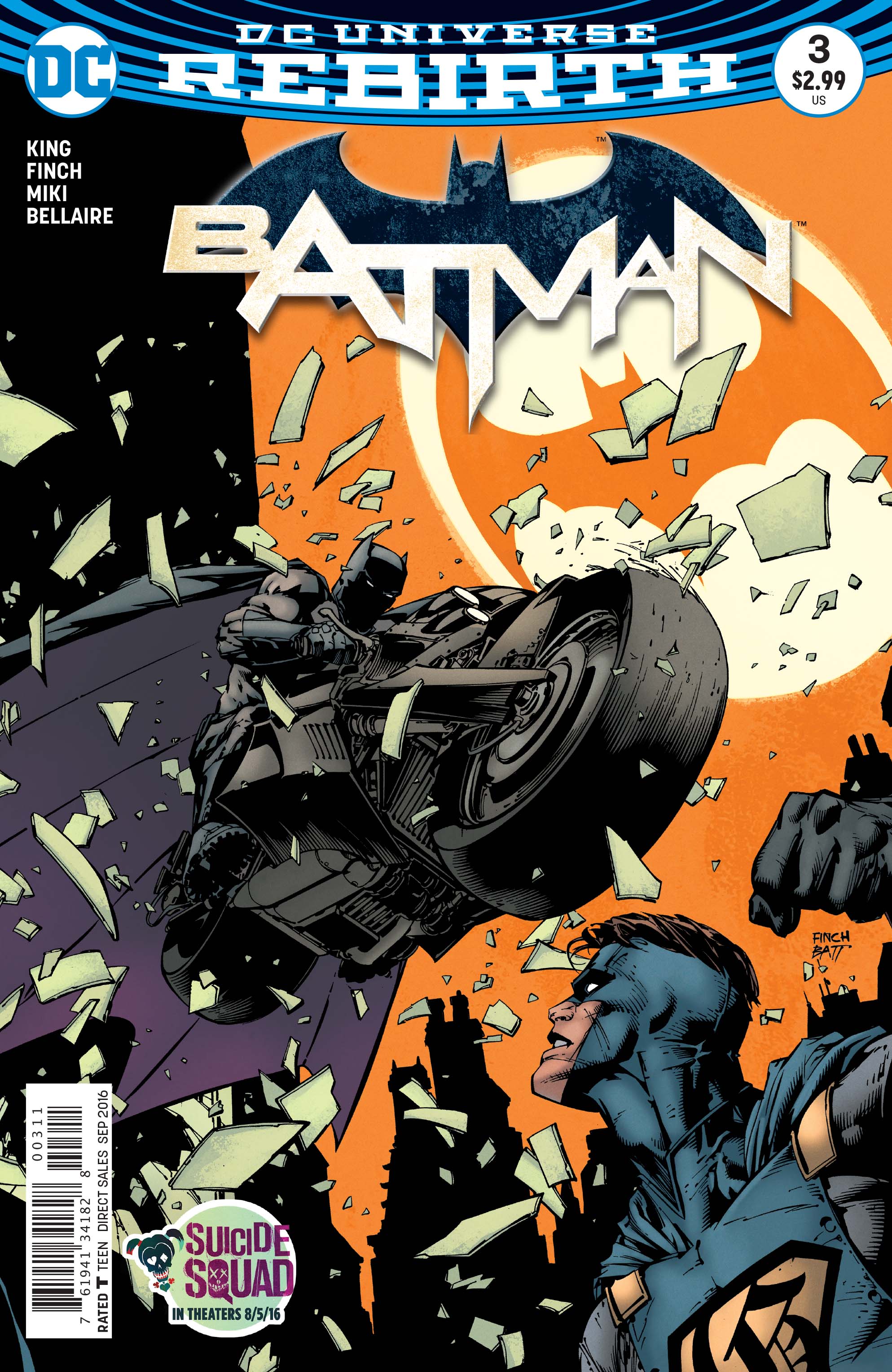 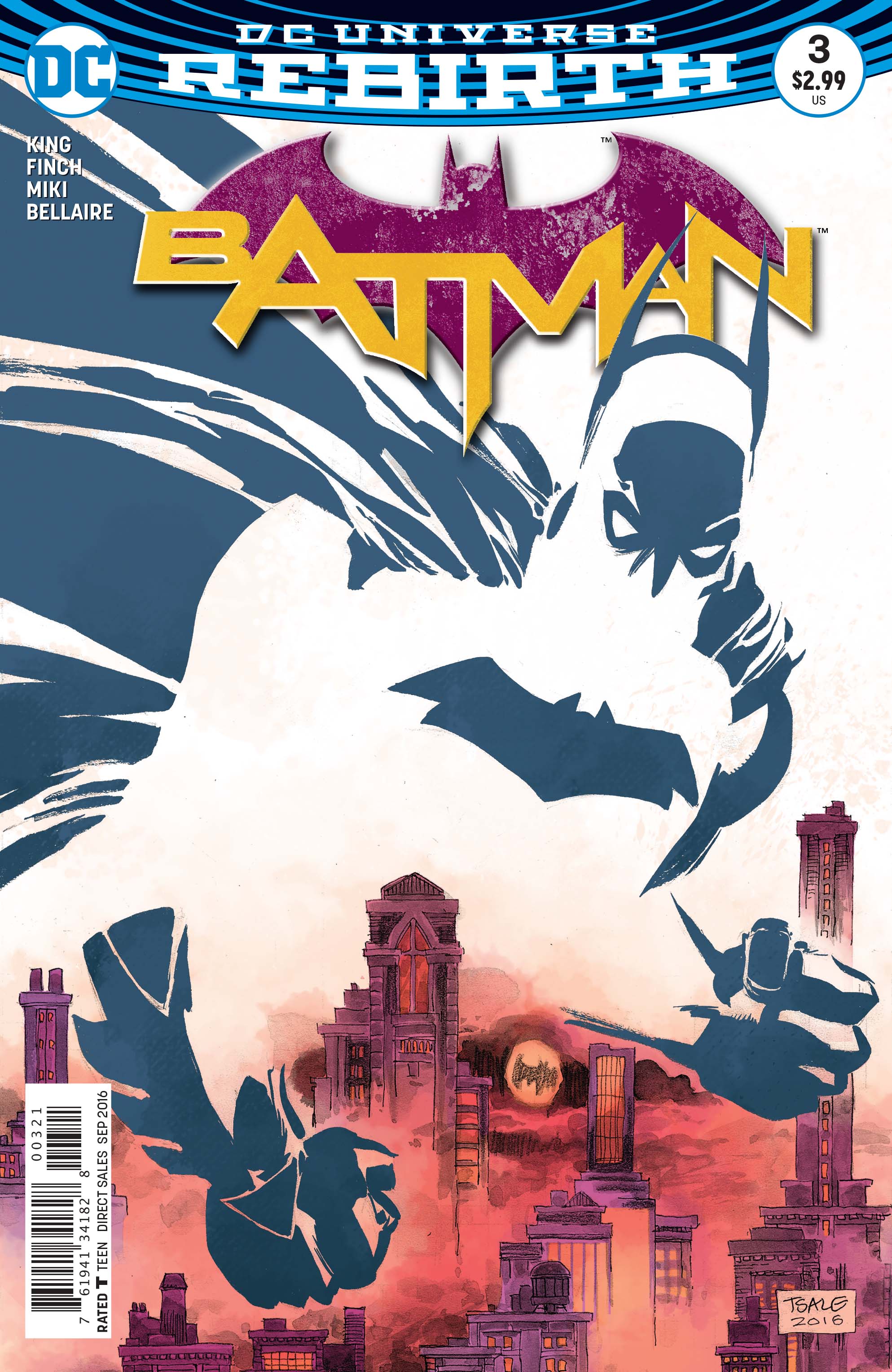