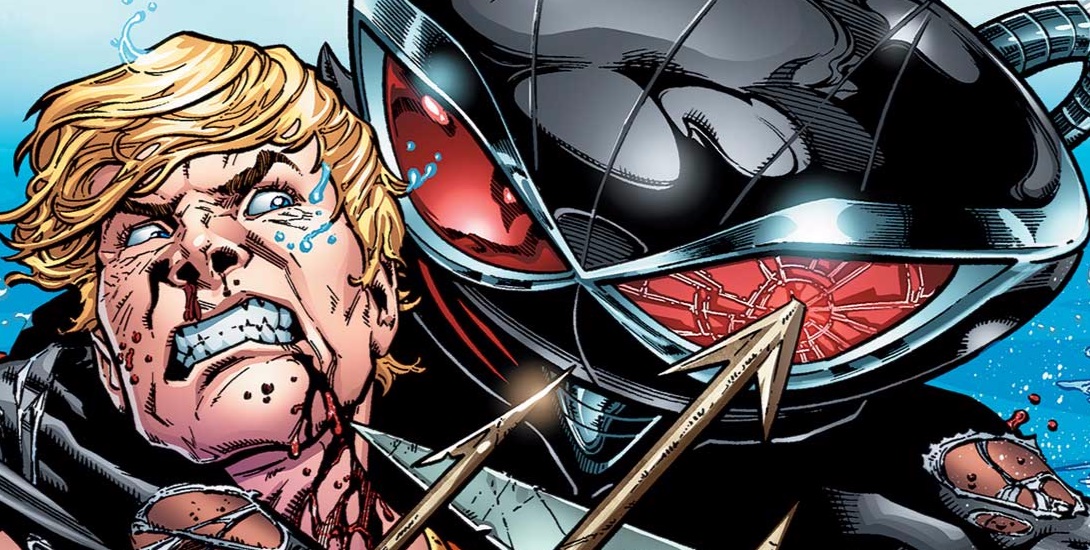 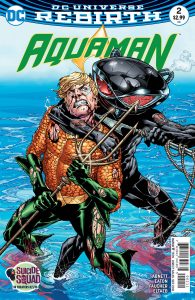 The latest issue of Aquaman proves to be an entertaining read, but I’m wondering if this is a title that would have been best suited to ship once monthly as opposed to twice. Now, I know it might seem somewhat soon to say something like that, but you may find some validity in the points I shall make in this review.

First, we already have a fill in artist. Brad Walker made an impressive debut last month and, while Scot Eaton is a fine artist in his own right, I think he’s proven to be a better fit for Batman. If this trend of substitute artists were to hypothetically continue, I wonder what that will make the eventual collected edition look like. Walker at least supplies the cover art, but when certain creative teams are announced, they’re a big part of what draws people to buy specific comics. Let’s just hope artists are making the most of their lead-in time.

Most of this issue is spent focusing on a brutal battle between Aquaman and Black Manta. The opening pages allow new readers to gain insight into Manta’s blood oath against Arthur. On the one hand, it feels like a quintessential fight between these two, but on the other, it kind of felt too soon in the arc to pull the trigger on that idea.

There is, however, a bit of depth given to the fisticuffs. Aquaman presents a paradox reminiscent of the one Batman spoke of to the Joker in The Killing Joke. Once you come to it, you will probably agree with my comparison. The two come to a bit of a philosophical stalemate, but it kind of seems appropriate if Aquaman is to become this trailblazing diplomat; a silver tongue is paramount in his line of work.

Aside from the aforementioned fight, not much happens other than Atlanteans escorting surface dwellers to safety. The cliffhanger allows me to believe that Dan Abnett has a grand plan, but I hope he’s not already running out of gas. As I said earlier, the twice-monthly shipping schedule probably does prove taxing on creators, so we will have to see how this turns out and hope for the best.