As if it wasn’t already incredibly impossible not collect each and every awesome Batman related Funko Pop! toy, several more have recently been announced. Last week, Funko announced a new line of collectibles based on Frank Miller’s The Dark Knight Returns, and they couldn’t look more amazing. Previews got the exclusive:

A PREVIEWS Exclusive! Funko celebrates the 30th-anniversary of Frank Miller’s seminal graphic novel, The Dark Knight Returns, with a special series of POP! Vinyl Figures. From the crime-ridden Gotham City of the near future comes these figures, rendering the characters of Miller’s graphic novel in the fan-favorite POP! vinyl style! Each figure stands 3 1/2″ tall and features limited articulation. Build your collection of POP! vinyl figures based on The Dark Knight Returns today!

For more on these new Pop! figurines, check out the video and gallery below: 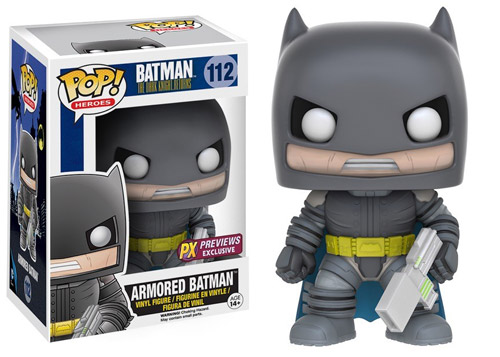 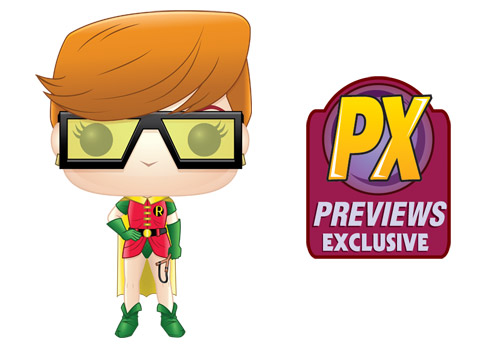 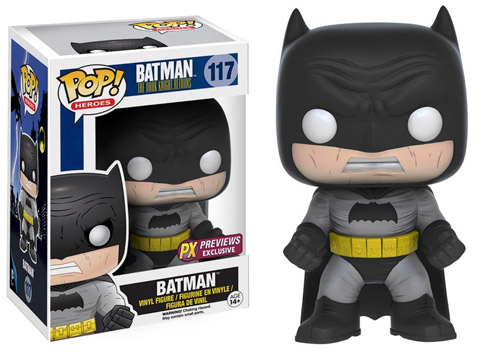 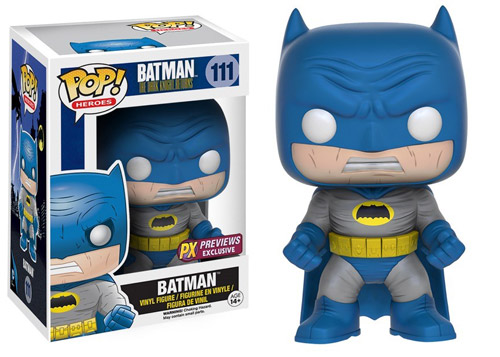 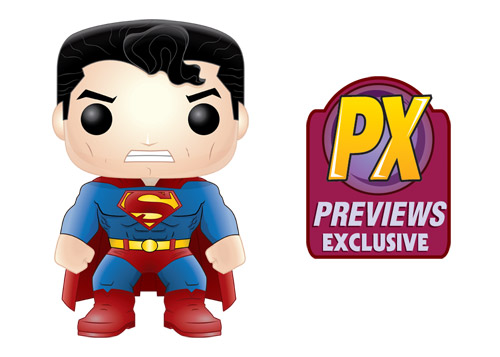 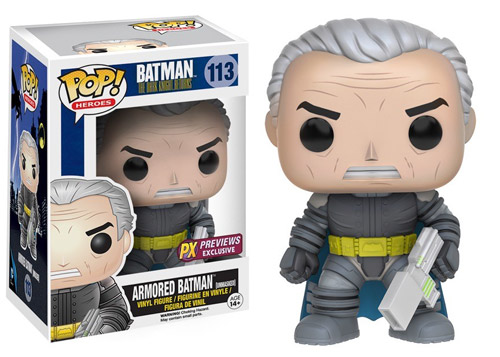 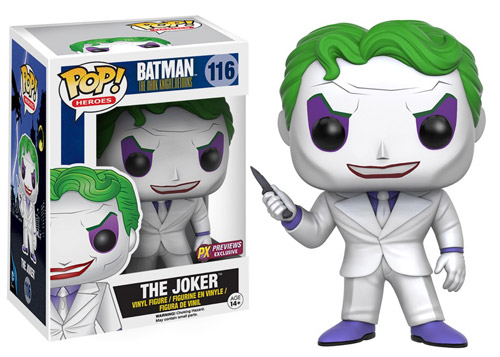 But that’s not all! Funko also announced a limited edition San Diego Comic Con International Pop! Vinyl figure of the upcoming Suicide Squad film’s Batman costume. As seen in the trailer, Batman has some underwater moments and so the figure is rightfully and simply called “Underwater Batman.” You can check it out below: 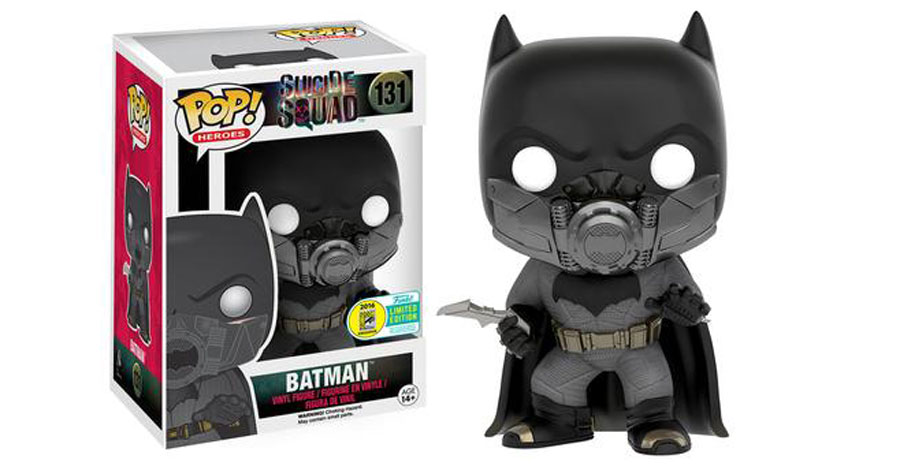 While you can’t order the Comic Con International exclusive Pop! Vinyl, you can order the others for $11.99 each.