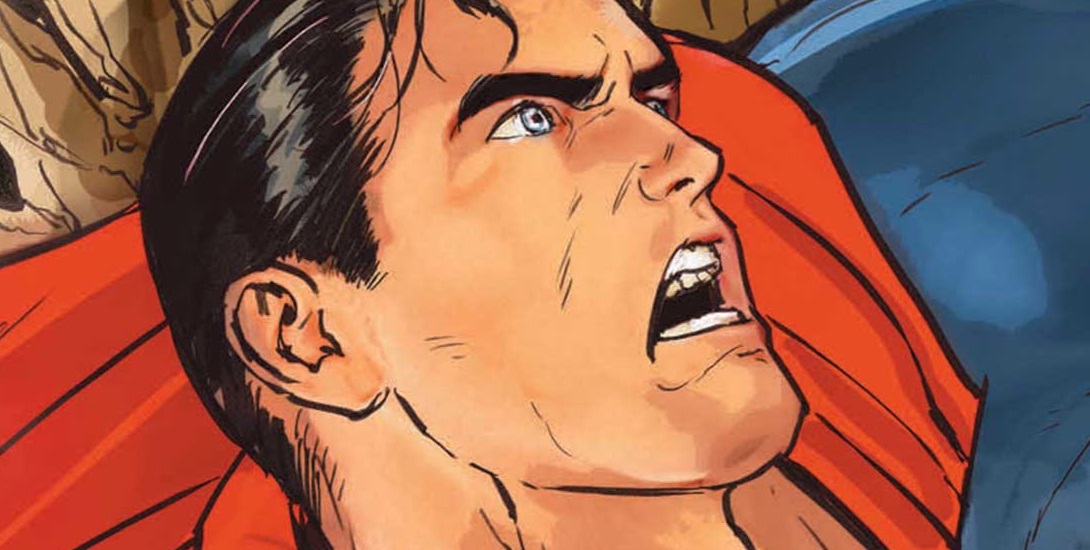 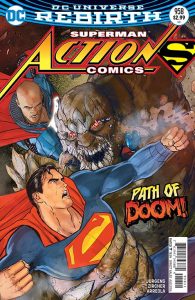 Not only is Action Comics one of my favorite Rebirth titles, it seems to be the in continuity Superman book I’ve been waiting for. Sure, we’ve had some great out of continuity books (Smallville Season 11) and standalone mini-series (Superman: American Alien) in the past five years, but many will likely agree with me when I say the flagship titles of Superman and Action Comics have certainly had their ups and downs. Rebirth has gotten off to a strong start and I hope that continues on toward a bright future.

Of course, it all starts with the creative team. Dan Jurgens can probably write a Superman story in his sleep by now and Patrick Zircher makes for a great artistic partner for him. They’ve set a scale worthy of comics featuring the Man of Steel in the early-mid 1990’s. Suffice it to say, they’ve put the “Action” in “Action Comics.”

I guess that’s as good of a segue as I’m going to get when it comes to talking about Doomsday. Cover art can sometimes be deceiving, but in this case, it’s not. You absolutely will see Superman and Lex Luthor team up against Doomsday – just don’t expect to see them 3D him through a table. The blockbuster fight has all the big spots and property damage that you would expect, something people who complained about Man of Steel forgot has long existed in Superman comics. Just know that you’re getting a smarter, faster, more savage Doomsday; it adds to the overall mystery of this book.

Speaking of mystery, the one surrounding the new “Clark Kent” deepens. It seems he knows people like Jimmy Olsen and acts as though he’s been there all along. As someone who follows advance solicits, I’m well aware that we have a few more months before learning who he truly is, but this is one ride to enjoy.

And do keep your eyes affixed to Mr. Oz, who seems to be watching EVERYTHING. Is his favorite movie Sliver? Is he really Ozymandias? I guess we’ll find out in due time.

While Superman is playing it more domestic – and doing a fine job of it – Action Comics has everything you could want: action, intrigue, and all the characters you love, written to perfection. Be forewarned that this series doesn’t take the concept of cliffhangers lightly.