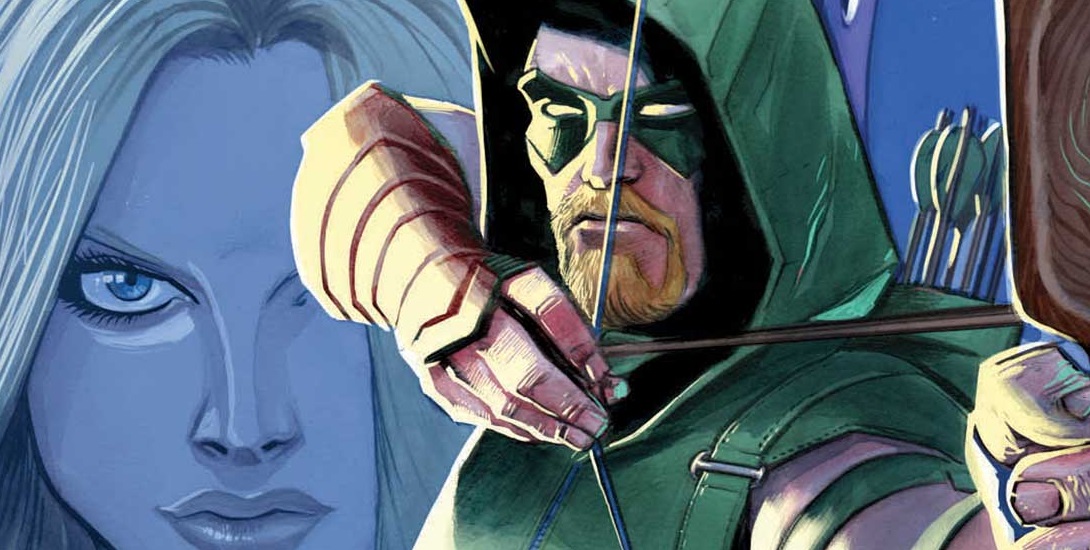 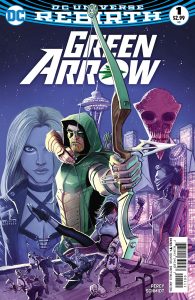 I think the real beauty of the new Green Arrow series is that Benjamin Percy isn’t really trying to reinvent the wheel. He’s taken everything we love and expect to see from the character and builds upon the foundation. Sometimes a back to basics approach can lead to rehashing stories and, thankfully, that’s not what we got here. If the current course continues, the Emerald Archer just may have found his equivalent of Scott Snyder or Geoff Johns.

Otto Schmidt, the other half of the winning formula, supplies artwork that not only looks cool, but effectively creates varying moods and atmospheres: one scene could be rather bright and optimistic, the next could be dark and mysterious, or he might just create some awesome rain effects. Schmidt is like an expert director of photography, only with a pencil.

As Green Arrow continues to track down the Underground Men, who have been auctioning off homeless people, he’s joined by Black Canary and, I must admit, it’s so exciting seeing them kicking ass together in the field. The appeal is largely due to the fact that it’s something we haven’t seen in comics in awhile – you gotta love the classics. Not only have they clicked on the battlefield, but they also have in the bedroom. I’d say they’ve hit off rather well.

As I alluded to earlier, this comic doesn’t waste time tapping into the character’s deep mythology, while significantly adding to it. On one hand, we see Oliver Queen’s social consciousness on full display and, on the other, we’re treated to a rich supporting cast that allows this comic book series to forge an identity entirely separate from the TV show. There’s also one hell of a cliffhanger.

If anything, this book proves that a “#1” doesn’t have to pick one option when it comes to establishing characters, staging huge action pieces, or laying the foundation for a new storyline; it’s so common that someone favors one heavily over the others. Percy, however, does all three exceedingly well while finding the right balance. Although we’re still in the first month of the Rebirth initiative, it’s clear cut that Green Arrow is among the best titles currently published by DC.