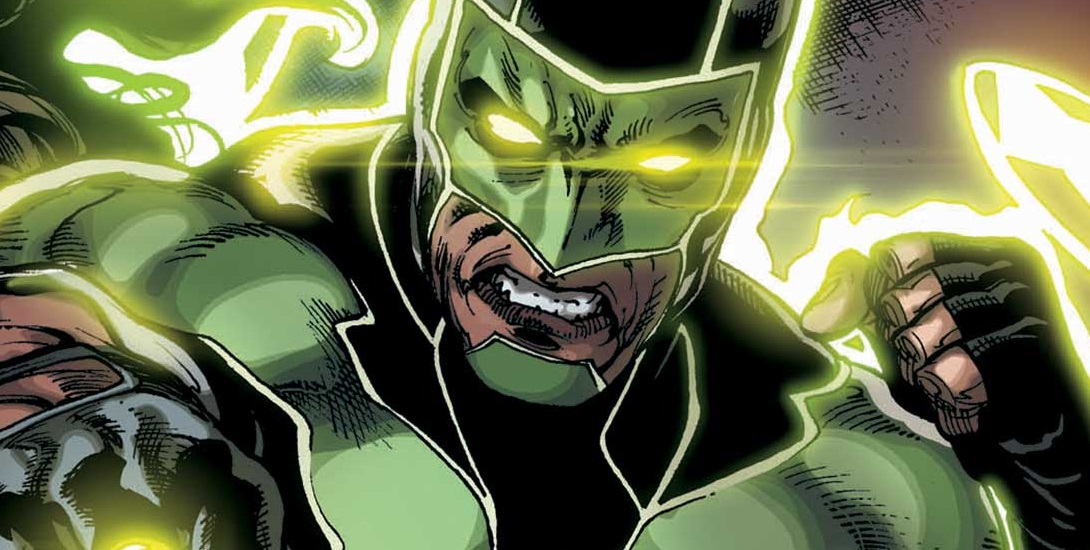 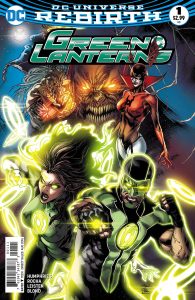 Despite the pluralization, I think it’s safe to say this is the flagship title when it comes to ringslinging. After all, DC is launching it a full month before Hal Jordan and the Green Lantern Corps. And, as with any flagship title, you expect it to be the guiding light when charting a new course for an ongoing mythology.

On that note, writer Sam Humphries succinctly establishes Green Lantern mythology on the opening page so the uninitiated can jump right in. It’s also fitting that odd couple Simon Baz and Jessica Cruz are rookies so readers can take the journey with them. If you are already a GL scholar, there’s a lot to sink your teeth into.

Humphries also manages to plant seeds for a great mystery, while keeping the science fiction quality needed for a GL comic to thrive. Not only that, artist Robson Rocha shows us why he’s one of DC’s rising stars.

The Red Rage seems to be at the heart of the matter. I mean, this opening story arc is called “Red Dawn,” so it’s fitting that Atrocitus is back with a vengeance and has BIG plans. Whatever those are, I don’t know, but I’m guessing the Hell Tower will play a vital role. And no, that’s not a setting in a Devil May Cry game.

In addition to whatever new ring is being pursued, the mythology has already expanded as Simon Baz has gained a new power – the Emerald Sight. I guess it benefits we the readers because it gives us legitimate glimpses at what’s to come. They’re obviously vague, but should make for an exciting next few months.

Now that Humphries is flying without Geoff Johns, he has seemingly proven he has what it takes to guide the franchise. Many definitive GL arcs have been written in the past decade, so he has no choice but to attempt to fill big shoes considering that he is laying groundwork for something truly grandiose. This didn’t impress me as much as the preceding one-shot, but it’s enough to make readers double dip.