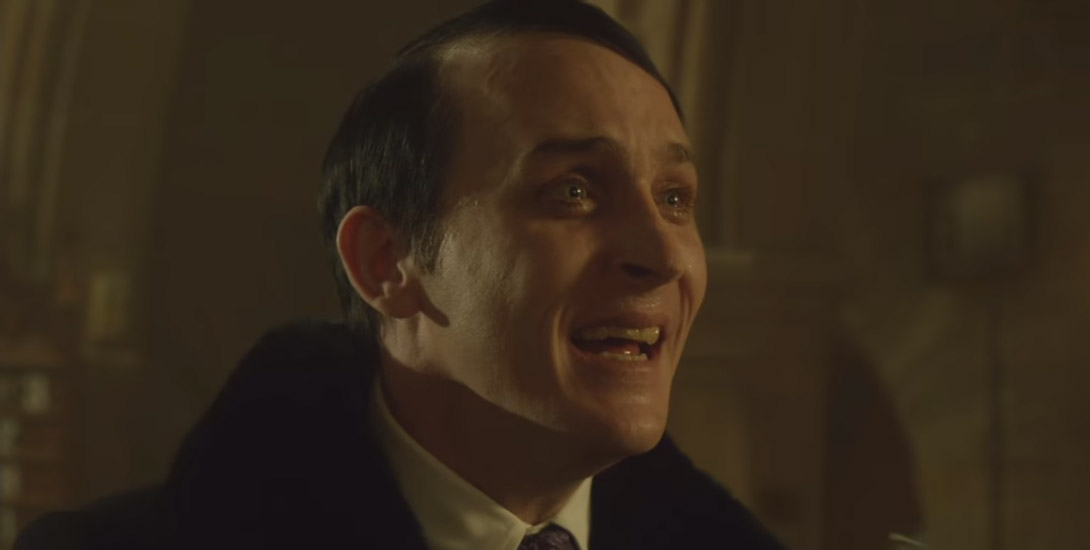 The Gotham train continues after a random network break. In the previous episode of Gotham, Elijah, Oswald’s newly reuinted father, declared Oswald the sole heir in his will and promptly died by drinking poison. Oh, and there’s another plot involving Gordon breaking out of prison to clear his name.

The news today is that we’ve got three new clips previewing the episode premiering tomorrow, April 11th. The episode is entitled “Into the Woods.” I wonder if we’ll get an unsettling Johnny Depp cameo.

Check them out below:

It’s tough to see Oswald groveling, but I’m hoping that these people will eventually push Oswald hard enough to reverse his brainwashing. It’s weird that although he’s a convicted murderer, she seems entirely unfazed by him. Regardless of the way he’s acting, he is still very dangerous and the fact that she can act so coolly around him will surely be her undoing.

Above, you’ll find a scene proving that Gordon is still inherently a good man. At the risk of blowing his cover and being caught, he still forces himself to help this terrified (and ungrateful) lady. That lady definitely has some fight in her though. Why she decided to walk down this dark alley alone is a story for another day.

In what has to be the most cringeworthy scene in this episode (It can’t get worse, can it?), we’re treated to dialogue seemingly written by a 4-year-old. “Eat my socks”? “Bust you like a bum that I don’t know”? How could they hold their laughter in while delivering those lines? I barely know what’s happening from the clip because I was too busy facepalming.