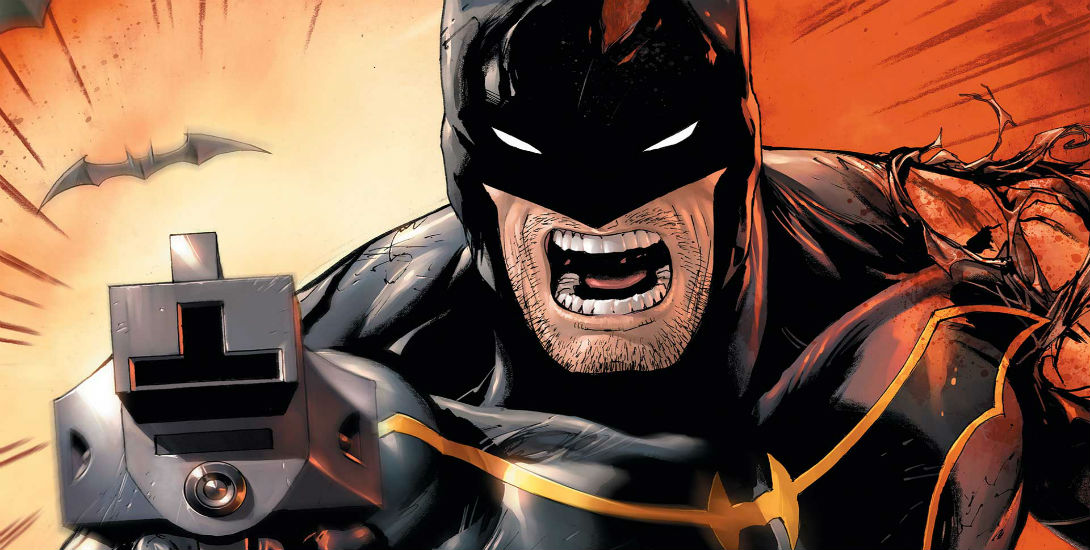 I won’t lie, it’s a bit frustrating that this incarnation of Detective Comics has found its footing just as its about to end. When DC’s whole lineup relaunches in June, we’ll probably see a return to status quo—something I’ve been more or less clamoring for in my reviews of this title. But now that that’s actually happening, I don’t want it to end, and I couldn’t imagine myself saying that when I first started reading this book.

That’s not to say that it hasn’t always had its good moments, it has. My main issue was that it never seemed to justify the drastic changes it made to the traditional Batman story and structure. All the things I kept saying I wanted to see are contained in this issue. This is James Gordon as Batman. Everything about this issue was 100% keeping with the character and the way he would realistically take on that role. It also made full use of the procedural aspect I kept hoping this book would utilize.

Costume and gadgets notwithstanding, this is still Gordon and Bullock in their element. That dichotomy between the characters is so important to maintain. It’s supposed to be the heart of the book and this issue definitely got that. While it gets credit for its treatment of the main characters, the book definitely deserves some praise for its villain as well.

The serial killer we are introduced to here is as quietly, disturbingly creepy as he is outlandish. That balance is so hard to maintain, but it’s just another element that helps to separate Gordon’s Batman from the common portrayal of Bruce’s Batman. This a serial killer who wears masks of historical figures and dresses up his victims as famous historical figures as well, killing them in some way associated with the things they were famous for. The premise is inherently goofy, but treated as seriously as possible and that balance of the outlandish and realistic natures together kind of make me wish Peter J. Tomasi was writing every episode of Gotham.

The art is great as well. Pasarin excels at keeping Gordon’s face and distinctive features intact while he is wearing the cowl, so that this doesn’t just look like Bruce’s Batman in a different suit. This is not an easy feat, as Gordon lost his most distinctive features (the glasses and mustache) when he took on the mantle in the first place.

Overall, this issue has continued an uphill trend for this series. By this point, my interests in the book and where it is headed are definitely reinvigorated. Hopefully, it will come to a satisfying conclusion in the last few issues.