Deathstroke’s daughter, Rose, is still missing. But thanks to a DNA tracker, courtesy of well-known mercenary leader and recent Deathstroke ally, Victor Ruiz, Slade is one step closer to finding her and getting to the bottom of who… and why she was abducted. But getting here hasn’t come easy and neither is what lies ahead because… 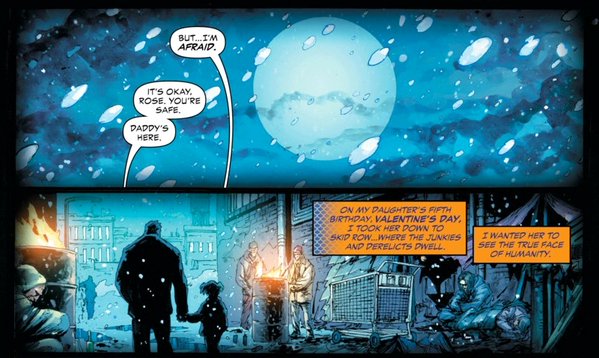 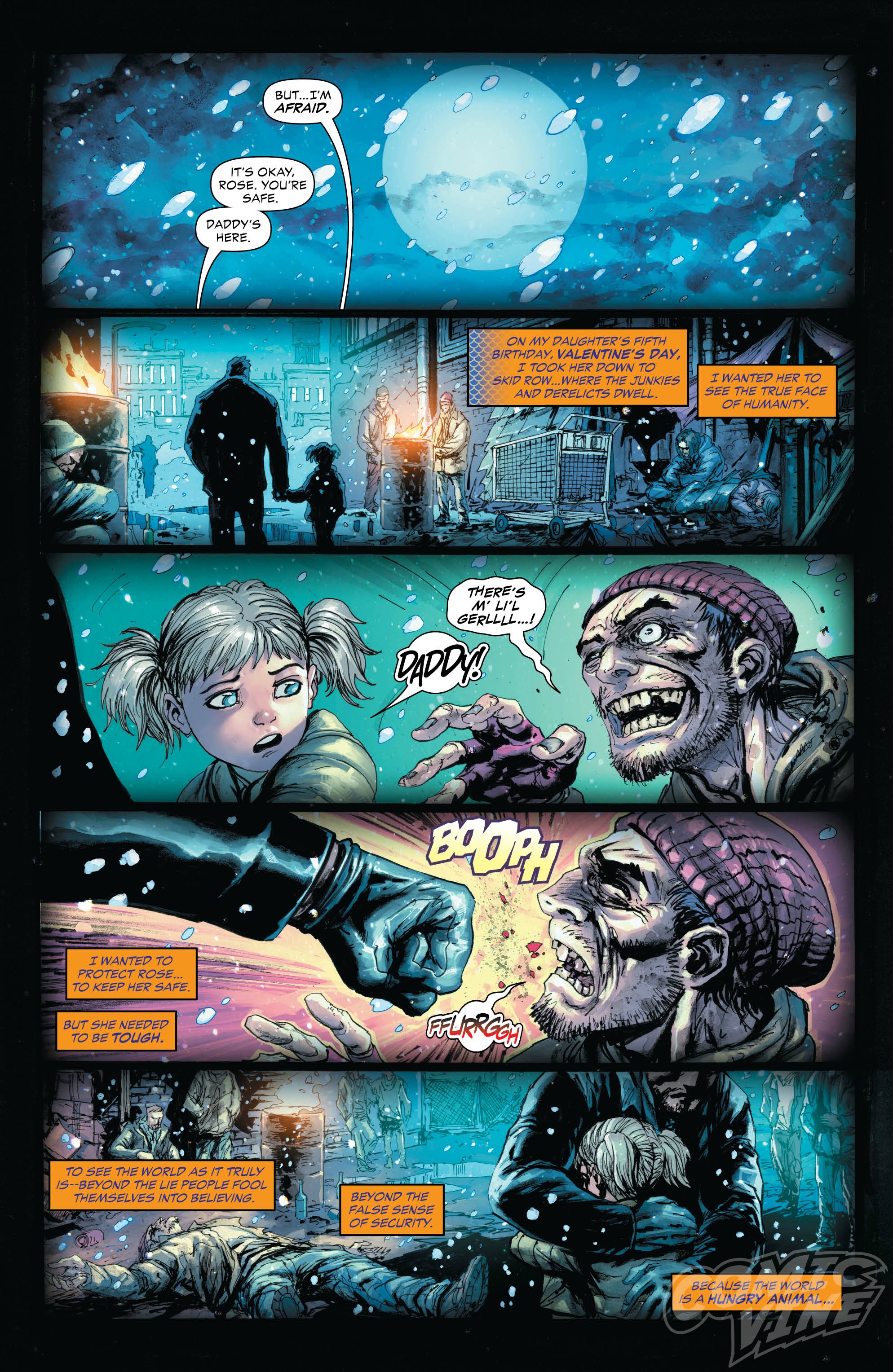 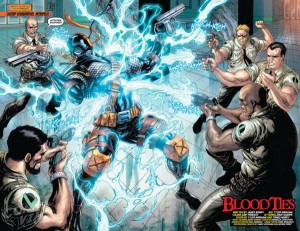 Victor’s tracker pinpoints Rose’s whereabouts to Metropolis where she is being held at Lexcorp headquarters which is owned and operated by none other than super villain, Lex Luthor.

In typical Deathstroke fashion, Slade acts fast on the intel by throwing all caution to the wind by going it alone to confront Luthor.

Once inside Lexcorp, he is greeted by a slew of battle-ready Lexbots. Although vastly improved from their first generation prototypes, these next generation bots prove little more than a minor hindrance for Deathstroke’s enhanced skills. But that’s not all the super villan has to offer. With his Lexbots in ruin, Luthor, or rather a power suit with his intellectual algorithm programmed into its controls, enters the arena.

As Deathstroke and Luthor’s A.I.creation do battle, we see a distraught Rose being forced to watch the blow-by-blow damages on a large screened monitor against her wishes. 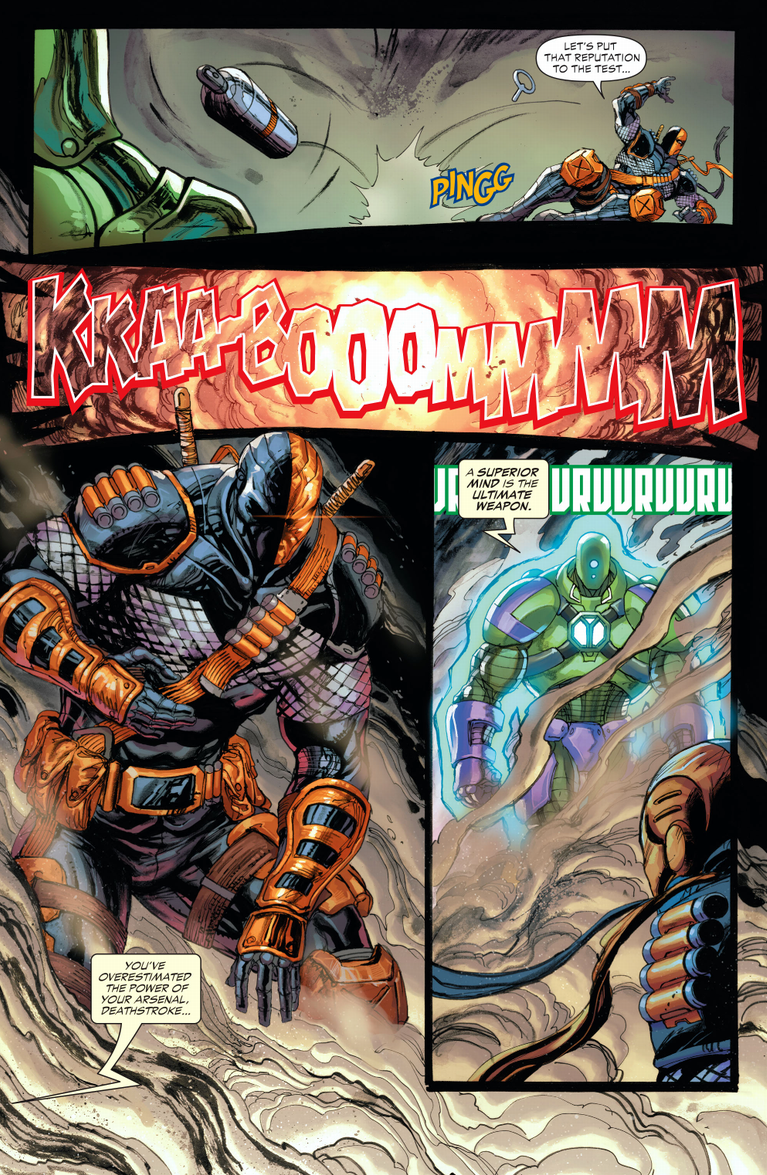 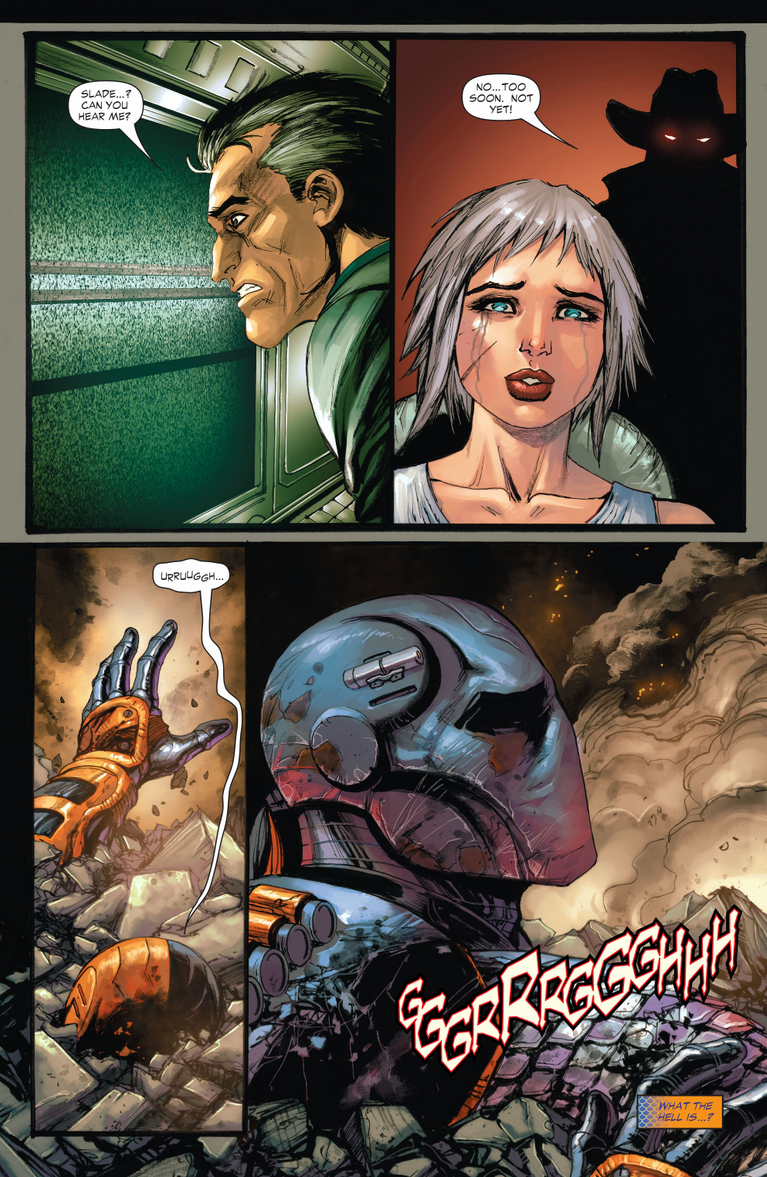 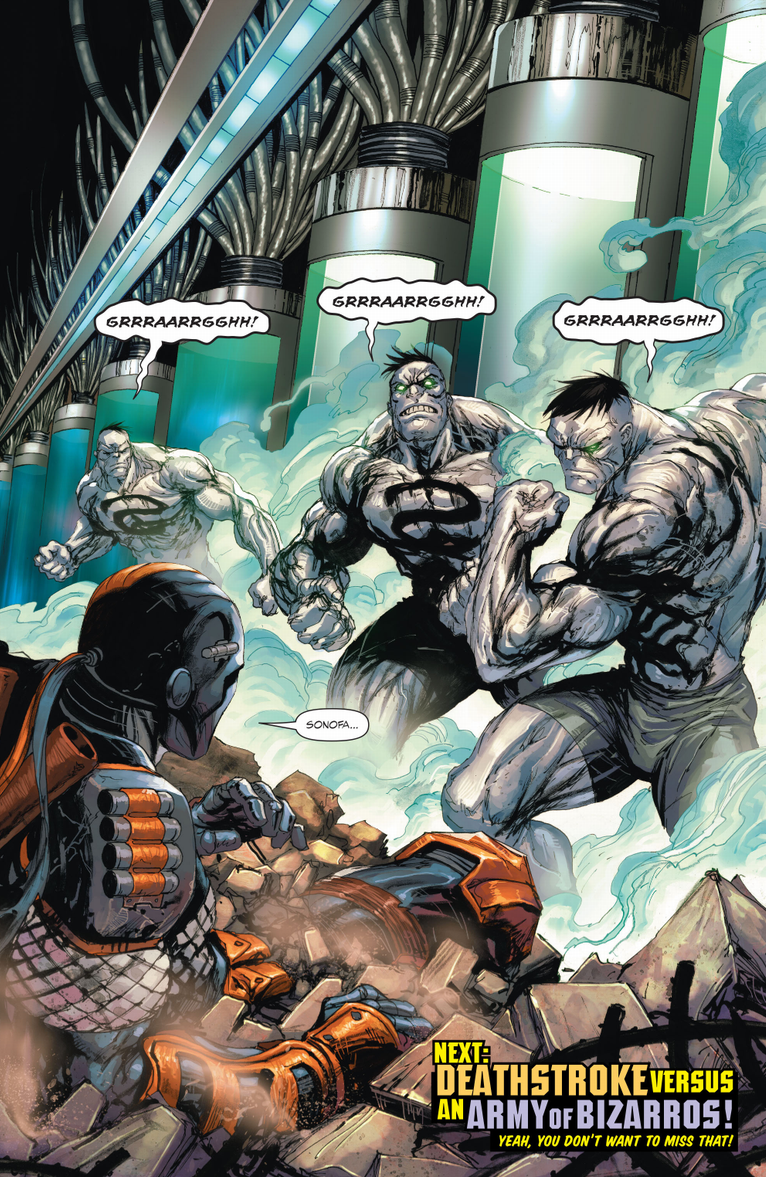 The issue ends with Deathstroke clawing his way out from under a pile of rubble to find yet another set of foes—an “Army of Bizarros”—waiting to finish him off.

The Lex Luthor plot move was a nice surprise. I also liked the pace and intensity of this issue (there were virtually no breathers) which is a credit to Bonny’s style. Equally impressive are the fight scene depictions and where Kirkham wields his meanest pencil. His use of unique angles and close-ups suck the reader right into the action.