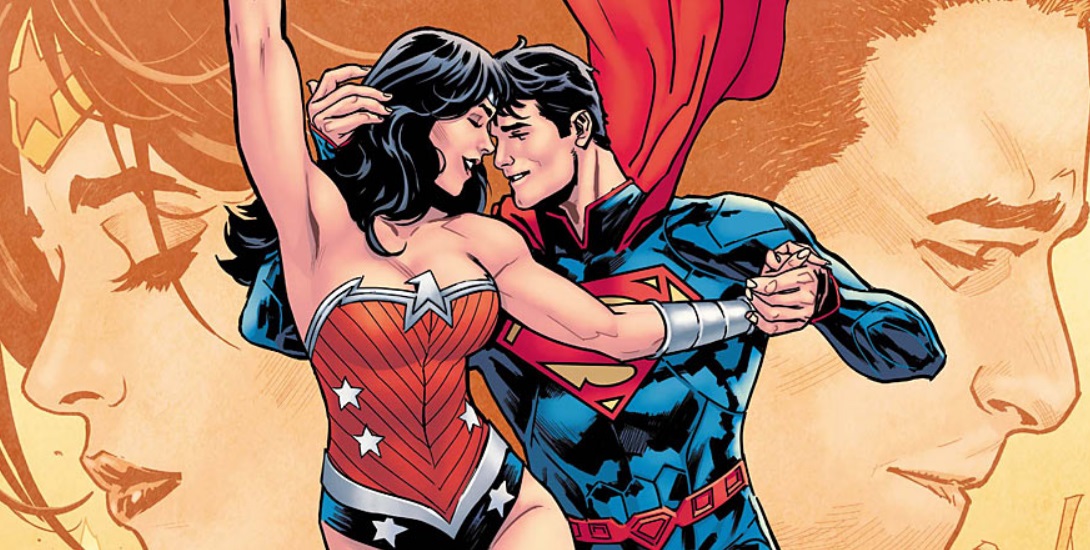 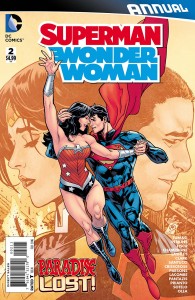 Yet another Superman themed Annual arrived this week and, much like the other, many writers and artists contributed. What sets this book apart from Superman Annual #3 is that it is more of an anthology style issue that chronicles the rise and fall of Superman and Wonder Woman’s relationship.

The switch between writer/artist teams is quite seamless, but whereas Superman Annual #3’s writing was stronger than its artwork, the reverse is true here. Peter J. Tomasi, writer for the Superman/Wonder Woman monthly title, kicks things off rather well, but it’s the latter contributions that start to stumble.

The book’s strengths actually lie in the interpersonal developments between the power couple and surprisingly not the action scenes. I know what I’m saying sounds a bit contradictory, but trust me that the moments when the two were starting to feel all warm and fuzzy about each other read much better than their strained bedside arguments, which got quite circular.

While the overall concept for this issue was good, the execution fell a bit short. This title has really delivered some gems, but I wonder how long it will stick around if the “just friends” route proves permanent.