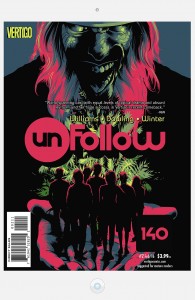 This is another hot new book from Vertigo to keep an eye on. It feels like the beginning of an evil Willy Wonka story and does a great job of establishing its multi-dimensional characters.  Social media seems to be the backbone of this tale, so I’m interested to see how they make use of it as the series progresses. It’s hard to imagine any reader not becoming hooked on this title. 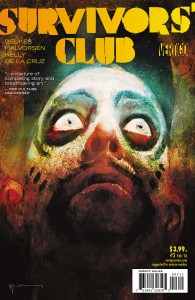 This is a rather enjoyable book with a great ensemble cast. It samples classic horror tropes from yesteryear, especially the ’80s, as well as having some nods to Japanese horror films. While it’s nothing like The Cabin in the Woods, I would recommend it for fans of that movie as it’s a clever mashup of a variety of things in the genre.

For more on Survivors’ Club, be sure to check out the DC All Access clip below.

What happens after you survive a horror movie? In the new Vertigo series Survivors’ Club, six men and women who survived terrifying events in their youth come together in the modern day to confront a monstrous new threat. In this DC All Access comics clip, Tiffany talks with writers and co-creators Lauren Beukes and Dale Halvorsen about their fearsome new series and why, in the world of Survivors’ Club, nothing good can come from playing video games all day.