It’s not Christmas break yet for the students at Gotham Academy, but that doesn’t stop the writers of Gotham Academy #12 from delivering us an early gift. 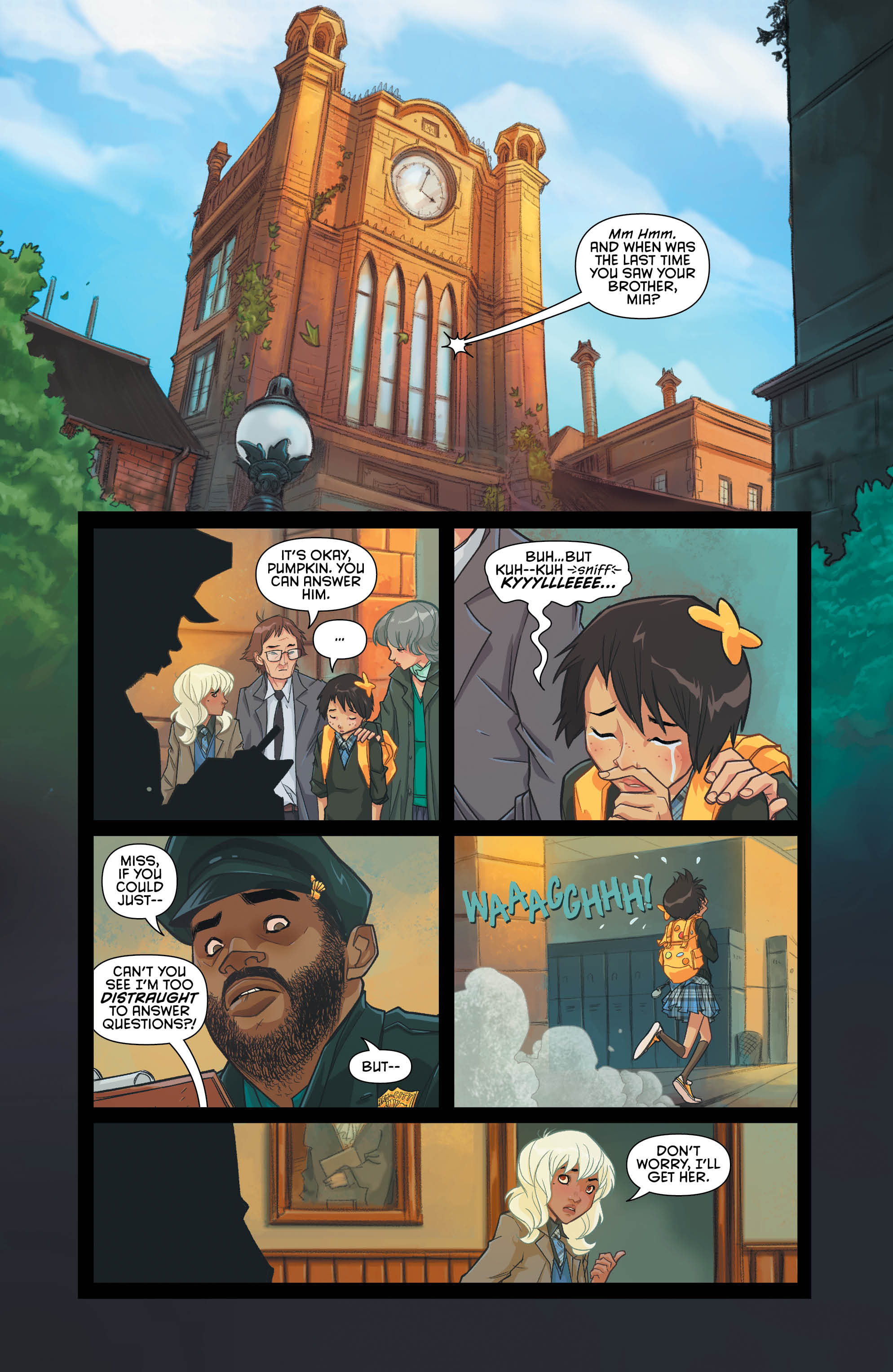 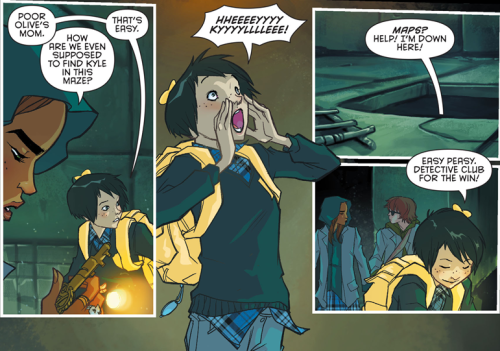 With Kyle still missing (he mysteriously disappeared at the end of last month’s issue), we follow the school’s “mystery crew” on its mission to rescue him from the abandoned grounds of Arkham Asylum where, along the way, we’re made privy to a couple of shocking bombshells.

The first of these revelations comes from Pomeline when, after having read through Calamity’s files, blurts out, without an ounce of tact, that Olive’s mother, Calamity, was responsible for killing Olive’s father, instead of him dying in a car accident as had been previously thought. Second, and probably more important to the future of the series, was the revelation that Professor Strange, who up to this point had appeared as a trusted mentor and confidante to Olive, was responsible for the recent, mysterious appearances of Olive’s deceased mother, Calamity.

When questioned about his motives, Professor Strange reveals that he had been Calamity’s doctor during her time at Arkham Asylum and had learned of the Silverlock’s history of passing down a firestarter trait to successive generations. In a clever attempt to get Olive to show her inherited “firestarter” trait and gain access again to the “Calamity” entity, the Professor had dressed as Olive’s mother hoping to coax a reaction from Olive.

With Olive not knowing what to believe and running out of people to trust, it’ll be interesting to see how these unexpected twists shape the direction of the series over the next several issues.

While the writing and artwork in this issue are of the same great quality you’ve come to expect from the Gotham Academy team, the overall pace of this issue isn’t overly explosive, but the well-delivered gems of information we receive are more than enough to make up for it.

Looking to the near future, be sure you don’t miss next week’s Gotham Academy issue #13 (due out December 9) which is a tie-in issue to the Robin War series. Feel free to leave your comments. I’m curious to know your thoughts.