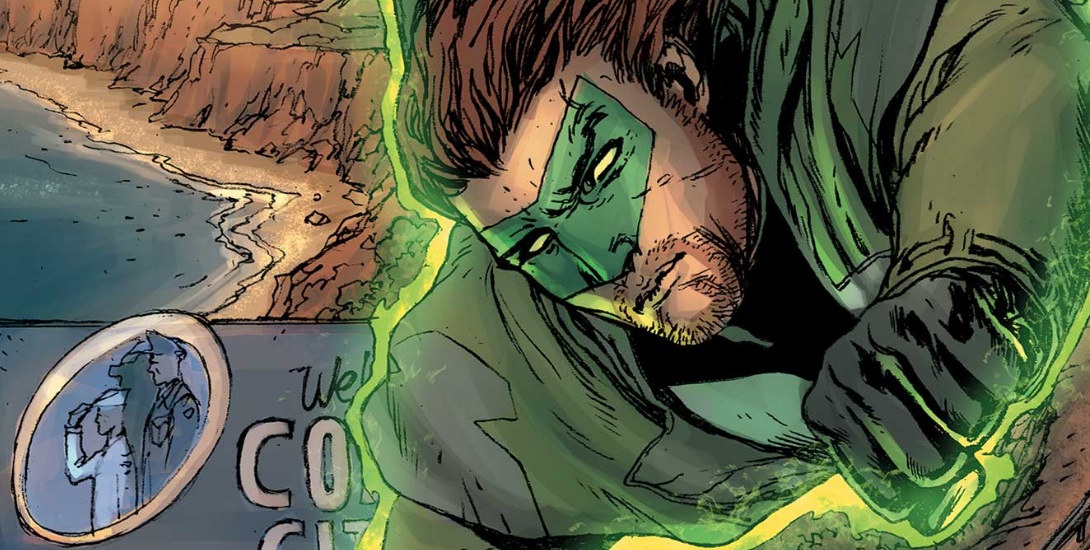 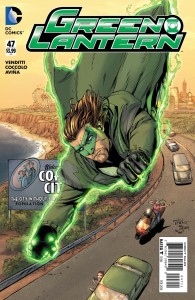 If you aren’t up to date on Green Lantern, here are the basics: the Corps seems to be missing; Hal Jordan is an outlaw who is, in fact, a good guy; he draws power not from a ring, but from Krona’s gauntlet, which has the power of ten rings; and he has a sassy new look since the DC You relaunch.

This is somewhat of a filler issue, so it is rather friendly toward new readers or those who may not have read the title for some time. Hal and his rag tag crew, who somewhat remind me of Drax and Gamorra from Guardians of the Galaxy, dock in Earth’s orbit as Hal wishes to visit his family.

The Jordan family moments are a nice change of pace and pleasant to read – his brother actually gets him to cut his hair! I would rather not spoil it, but let’s just say that Hal’s visit to his home planet is not without calamity.

Regular artist Billy Tan is present but doesn’t contribute much; he worked on the cover and four interior pages. One wonders why they didn’t give him the month off. This really is the Martin Coccolo show.

Cliffhangers don’t get more surprising than the one we get in this issue. I’ll just say that a character of huge importance when it comes to Green Lantern mythos shows up on the final page. Maybe that’s why Tan was involved – they wanted him to draw the character in question. It should make for an exciting Green Lantern #48.

Injustice: Vote To See Who Fights In The Final Battle Arena + Prizes!