Review: The Sheriff of Babylon #1 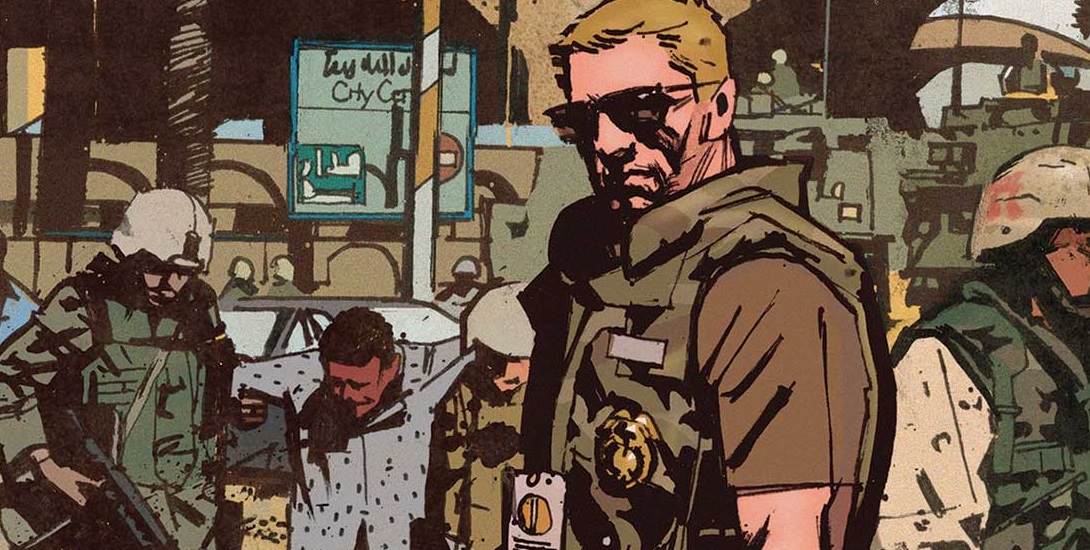 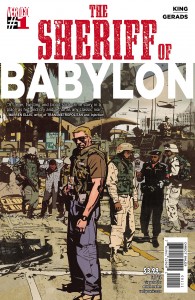 This is a Vertigo title that I’ve really been looking forward to and I’m happy to say that it lived up to expectations. It’s so good that I wanted to give it a full review, but do know that it’s possible that subsequent issues may be featured in future Vertigo Roundup columns.

Grayson writer Tom King, who used to work for the CIA, has offered us a realistic look at what it was like training police officers in Baghdad after the fall. Yes, this story is based on King’s real life experiences circa 2004.

And let me tell you, it’s about as realistic as it gets. The violence is uncompromisingly graphic. Not only that, King makes us see from multiple perspectives, showing us how the conflict affected people on both sides. He and artist Martin Gerads make a great team, for the visuals are highly cinematic. You can almost hear a film score as you read along and follow the panels. Seriously, that’s how good of a job these guys have done.

As alluded to earlier, this isn’t a typical war story. It’s a cop story in a war-torn environment. I find it commendable that King was able to build a riveting crime drama in this kind of setting. It also makes you feel for guys in that situation given all that must be on their plate. Just don’t turn your back on Sofia.

I can see this being an Eisner Award candidate, so it’s not to be missed if any of these story elements appeal to you or if you’re just looking for a great mature rated comic book. My early impression is that this would make a fine addition to the rumored Vertigo film slate or translate well to a TV mini-series.