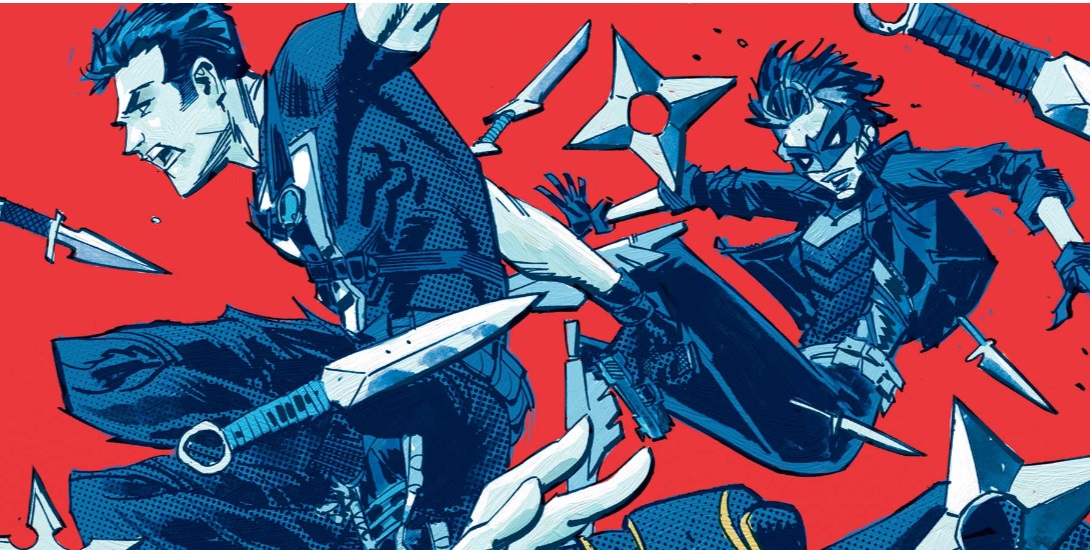 Hey, another flashback! Batman and Robin Eternal #7 kicks off with us going back in time, again. This time we visit Prague, to add a little more onto the Scarecrow/Orphan/Mother mystery. We see that Jonathan Crane does something out of the ordinary: infecting his own goons with his fear gas, and Batman and Robin are in hot pursuit. We are then taken to the present, and the hideout of Orphan that Dick Grayson and his gang have uncovered. Meanwhile, Tim Drake and Jason Todd have set out on their own mission and Jason is trying to get over the hump to get Tim to open up. Back in time we go where Bruce is working his magic to meet Mother. And… you guessed it, back to the present and an engaging opera show for Harper Row and Cassandra Cain. The issue ends with the show turning on the two and Dick coming face to face with Mother.

Another good issue from the Eternal team. If that quick summary sounded confusing, that’s issue #7 in a nutshell… and I like it. Valentine steps in on scripting duties and it really pays off. Each character is given more depth, as no one is working alone. I’m not a big Harper Row fan but I really enjoy what’s going on with her and Cassandra, who doesn’t even speak! Plus the Jason-Tim duo is fun and makes it interesting to put Jason in situations I don’t remember him ever being in. Of course my favorite part of this title so far is the mystery of the backstory. Each week we are given another small dose of the whole story, but it’s enough to hold us over for a week.

Overall, the story moves on in a quick pace, each character gets more depth, and another cliffhanger which has me excited for another issue. Not as great as #6 (the series’ best) but still a worthy read.