Batman: Arkham Knight fans, there is a treat coming for you. Landing in November will be the official Batsuit and Batmobile skins for the upcoming 2016 blockbuster, Batman v Superman: Dawn of Justice. That’s right, after taking a huge amount of requests from fans around the world, it has finally happened.

The skins will be available to everyone who owns the game and is playing online, however season pass holders will receive early access to the downloadable content.

The detail in the image below looks unbelievable, the attention to detail, finish, and representation surely won’t disappoint! I am only 67% through the game, I know what skins I’ll be using now to finish the game! 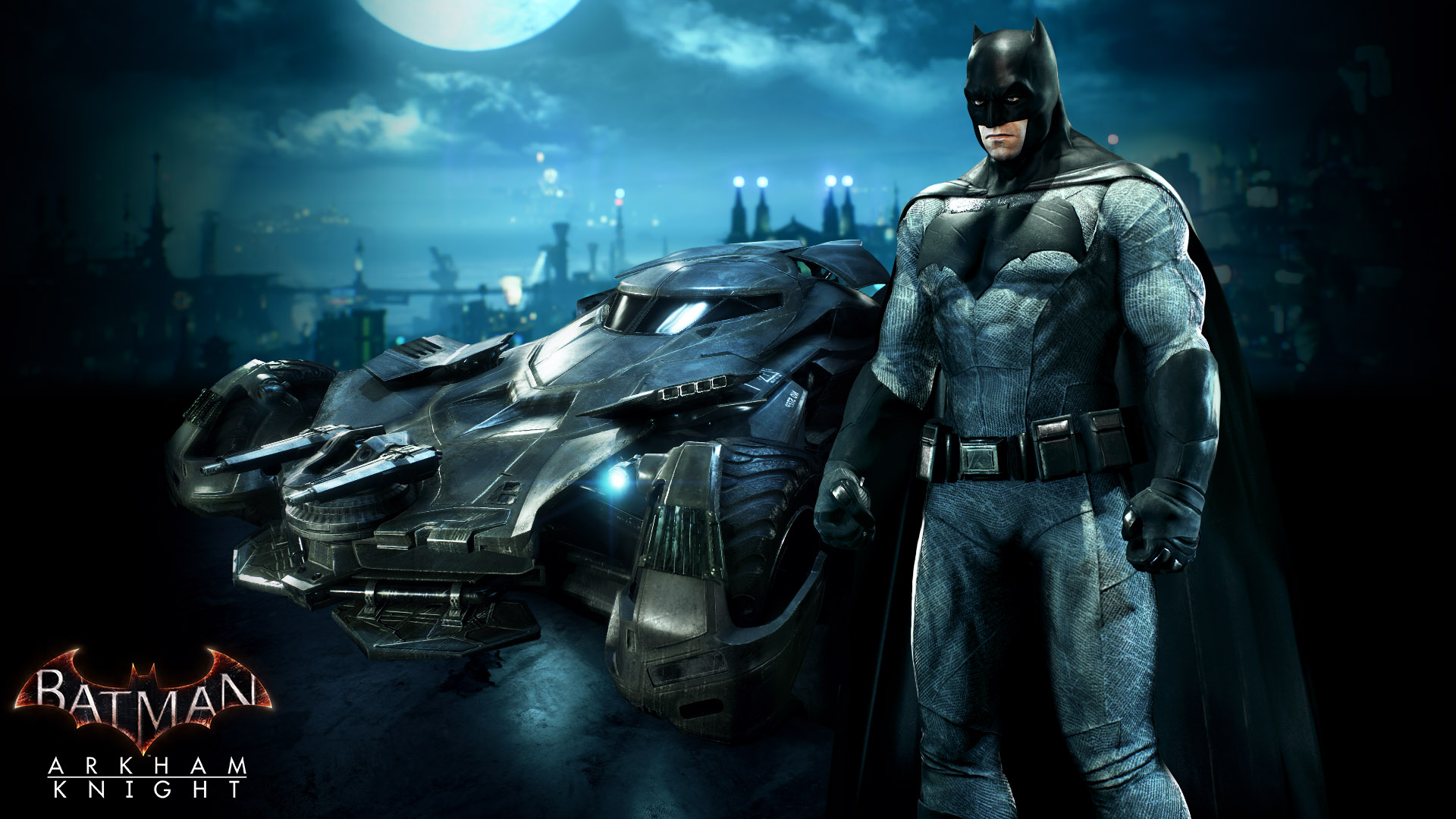 Other Updates that are confirmed to be released Batman Arkham Knight:

November: Two more Arkham episodes are coming. Catwoman’s Revenge, this is where you play as the cat and take on The Riddler in his HQ! The other is A Flip of a Coin and this is where Robin is dealing with Batman’s disappearance and the of capturing Two-Face.

Also in December, we will see the introduction of Season of Infamy: Most Wanted Expansion. This will appear in your Gotham City and will be almost identical in length from the main game’s most wanted missions. Mad Hatter is taking on the Batman in a mental battle that will be epic, and the GCPD’s best cops are the pawns! It doesn’t end there, Killer Croc has escaped and is causing trouble! To add to the disaster, the League of Assassins have returned to Gotham too! Who is heading up the charge and what do they want?! Mister Freeze is closer than ever in achieving the goals he set out in his life’s work, but is there a twist?

AR Challenges: Character selection in this mode is being added due to high fan demand. Support has been added for this for combat challenges as of this month (October). This will also be coming for invisible Predator maps in November.

Round Based AR Combat Challenges: Added from October forward. You will also be able to select Hard difficulty to remove counter icons and get bigger score bonuses.

Interior Locations: Fans have been asking for more of these throughout various maps, these are being worked on and added. Also, a lot of fans have mentioned that the blue walls are causing distractions throughout the maps, so they are being removed to provide you with a more immersive experience.