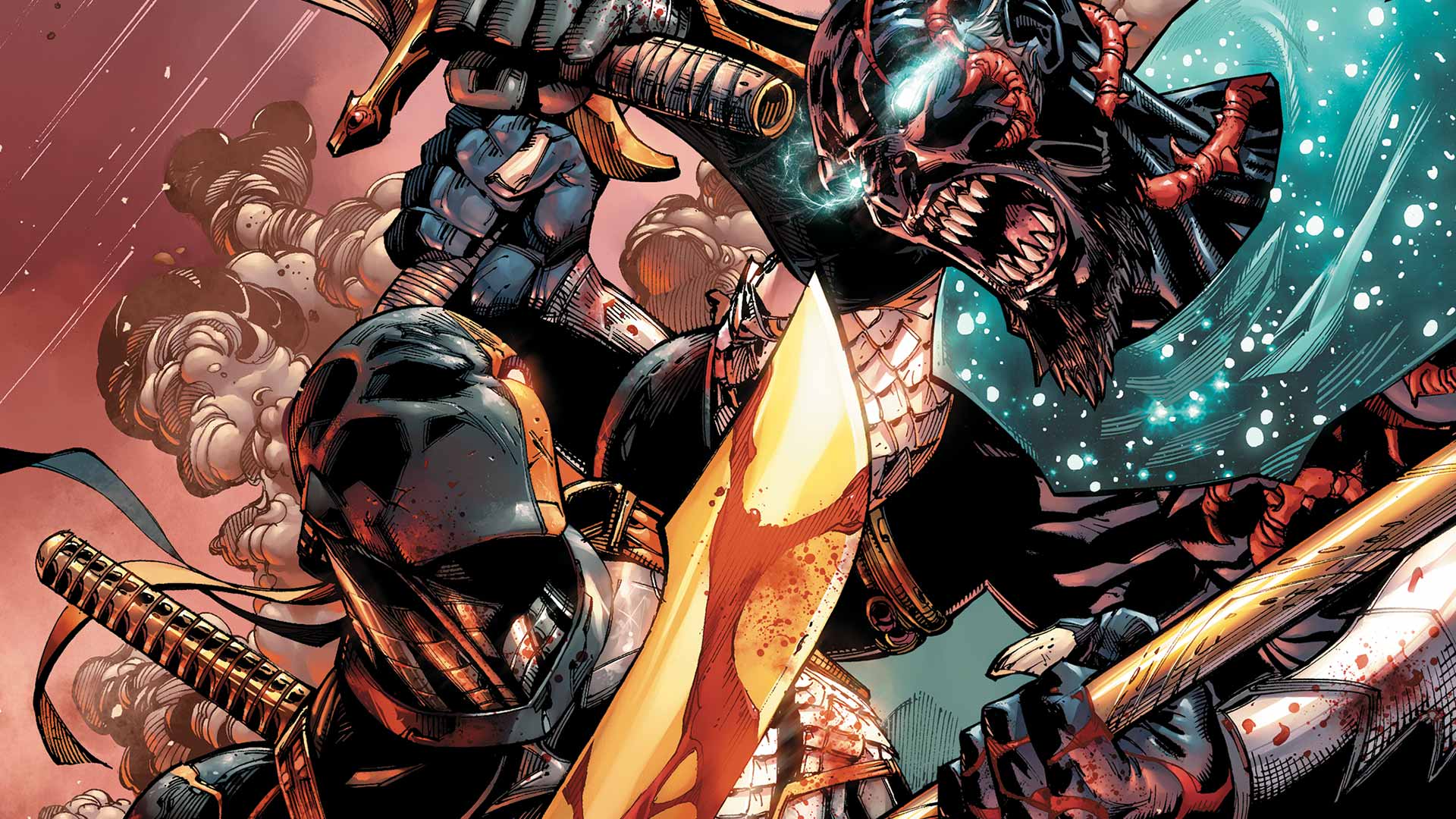 Hi fans, welcome back. If you’re here, then you’ve most likely been following the God Killer storyline and are already privy to how fun the bloodletting plot twists and surprise character appearances have been. If that’s the case, then you won’t be disappointed with this issue because writers, Tony S. Daniel and James Bonny bring the story’s arc to a close with a radical, shocking ending.

Deathstroke #10 returns us to Paradise Island where Deathstroke, along with the reluctant help of Wonder Woman and, as of last month, Superman is attempting to fulfill his latest “contract” to kill the God, Lapetus.

This issue, like the more recent ones, is filled with loads of characters, hand-to-hand melee action and unexpected surprises, but it’s not just the writing that’s good. The artwork is superb as well. Tony S. Daniel has an unquestionable flair for producing realistic, blood and guts scenes; making his work, particularly the covers, uniquely identifiable while Tyler Kirkham’s page work mimics the same high level of beautifully depicted, gory fight scenes.

Early into the battle to stop the power hungry Lapetus and his Onyx army, Lapetus retrieves a secret weapon—a powerful magic spear containing his sister’s life force. This retrieval triggers a volcanic eruption which threatens to destroy Themyscira. With chaos happening on multiple fronts, our heroes divide their efforts. While Wonder Woman fends off the Onyx army from annihilating her sisters, Superman races to close the volcanic portal and Deathstroke squares off against Lapetus, intending to end his tyrannical assaults once and for all. 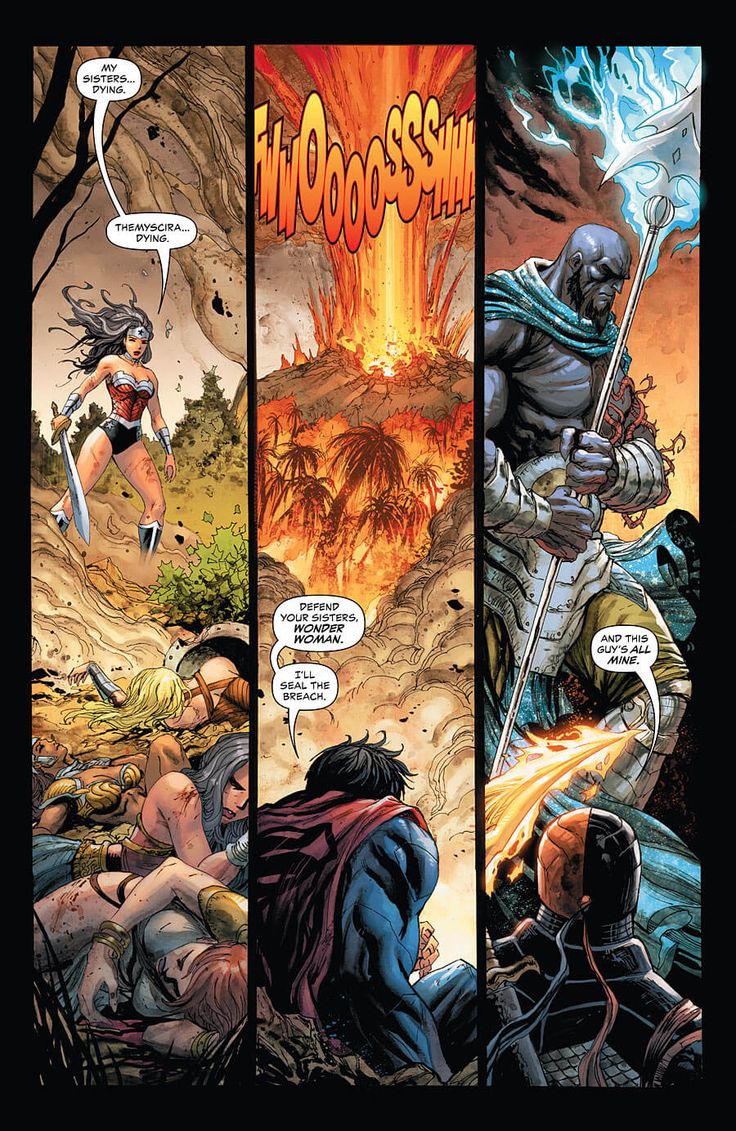 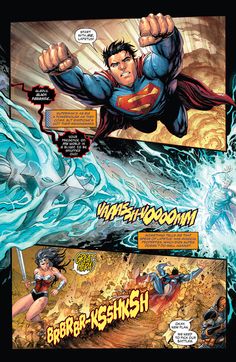 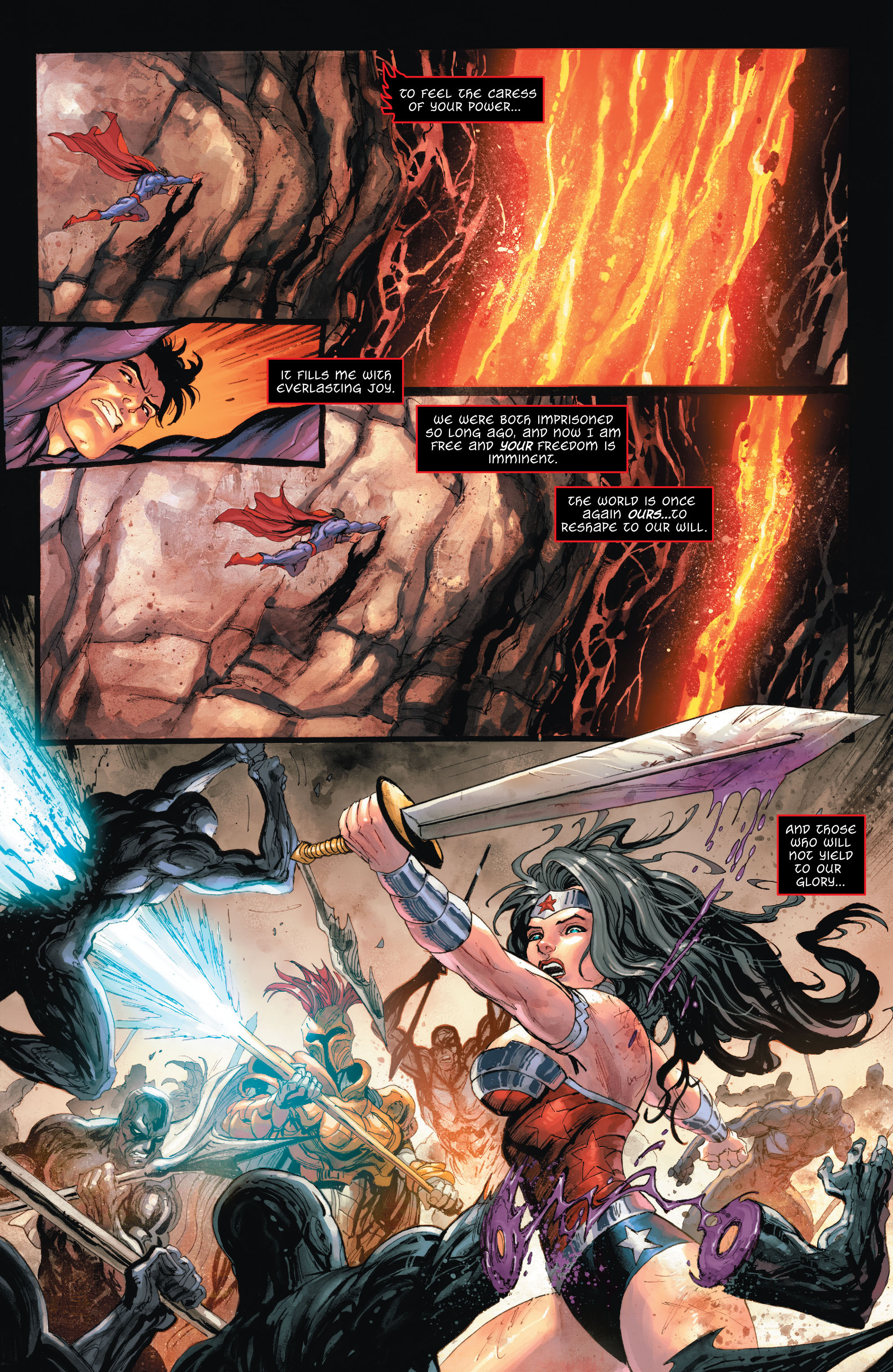 Although not normally a match for a God, Deathstroke, while wielding the God Killer sword, has the power of a God. As the two do battle, Deathstroke begins taunting Lapetus for his inability to stop a mortal human. This psychological strategy infuriates Lapetus into a rage giving Deathstroke the one shot opportunity he was hoping for. Summoning all the God Killer sword’s power, he delivers a massive blow to Lapetus’ magic spear. The strike snaps the spear in half and, in the process, casts Lapetus’ sister’s life force into oblivion. While Lapetus is distracted by grief and anger and spouting idle threats to kill Deathstroke and his children, Deathstroke rams the God Killer sword through his chest, finally killing him and fulfilling the God Killer contract. 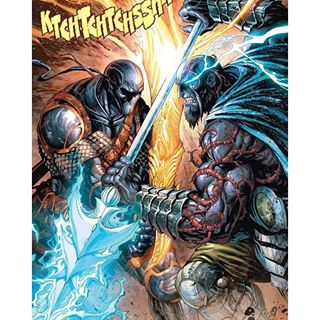 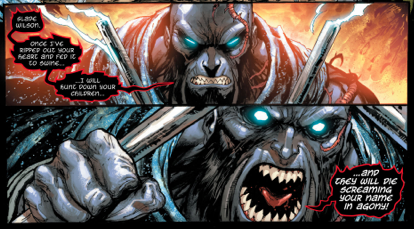 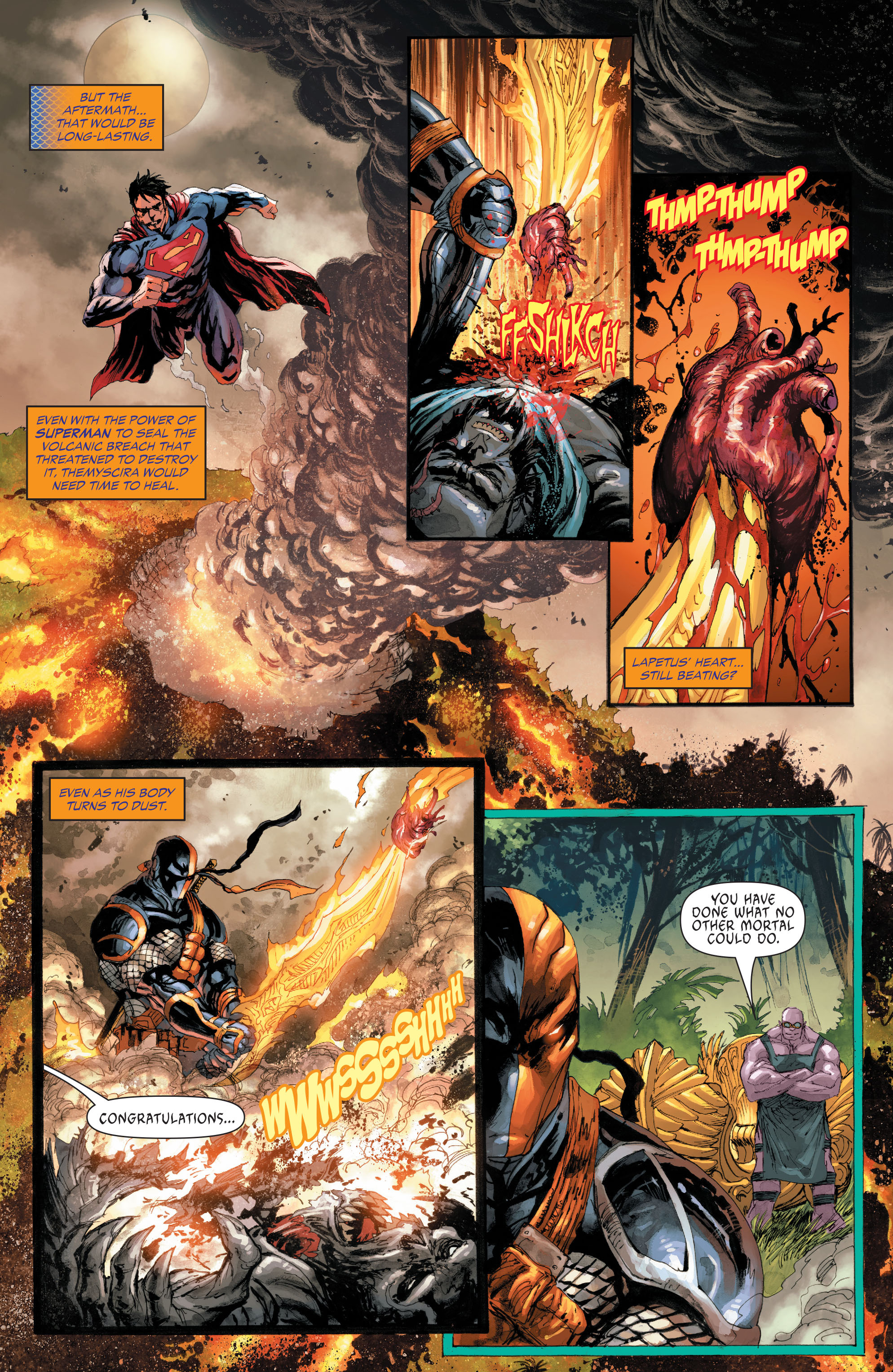 With the contract fulfilled, Hephaestus, the forger of the God Killer sword, suddenly materializes to take back his sword and, at Deathstroke’s request, reveals who ordered the contract and why—it was Apollo. Although originally thought to be a clandestine plan to safeguard the Pantheon, the contract was discovered to be an elaborate trick to free Lapetus so he would unleash his vengeance on the Gods that betrayed him.

Amidst the revelation and sudden appearance of a circling court of Titan Gods, Hephaestus congratulates Slade for saving the Pantheon. Then, as Deathstroke looks around confused, Hephaestus reveals that the killing of a God is no small matter and requires a blood sacrifice for atonement to put the universe back into balance. To answer for the killing of a God, Slade is given the choice to either submit one of his children or himself for sacrifice. To end the issue, he responds in classic Deathstroke fashion by savagely ripping his re-grown eye from its socket and defiantly offering it as the blood sacrifice saying, “Take it or leave it.” 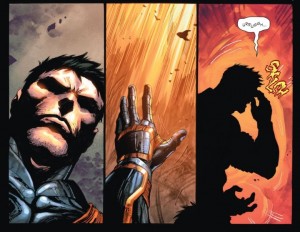 All I have to say is, Wow! What an ending! But aside from the totally awesome last page, I also thoroughly enjoyed the rest of the issue. It clearly captured the feel and spirit of the Deathstroke character and was the perfect wrap up to the God Killer storyline.

As a side note: Deathstroke—the often touted as the world’s greatest assassin/mercenary—also makes several other appearances around the DC universe this month in Robin, son of Batman #4 and Batman: Arkham Knight, Genesis #2 . Be sure to check out those issues as well.