With NYCC coming October 8th-11th Square Enix has released images of a limited edition version of their Play Arts Kai Arkham Knight action figure they will be showing off at the convention. 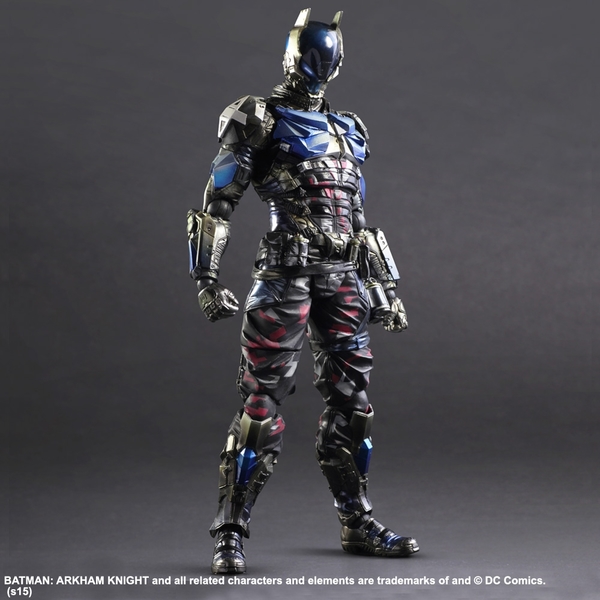 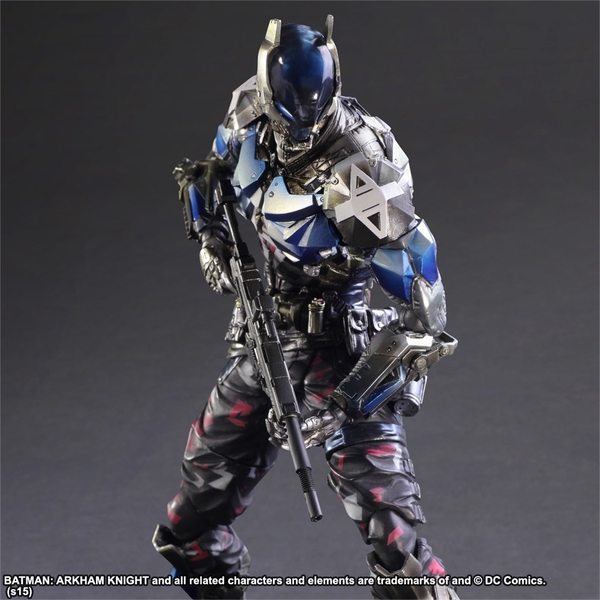 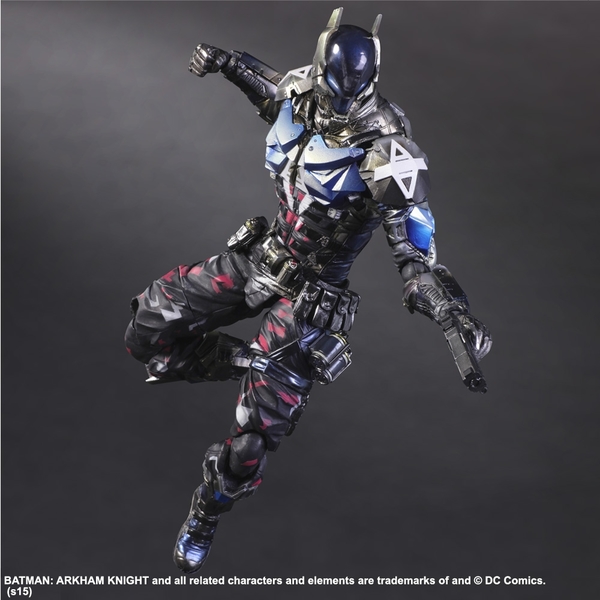 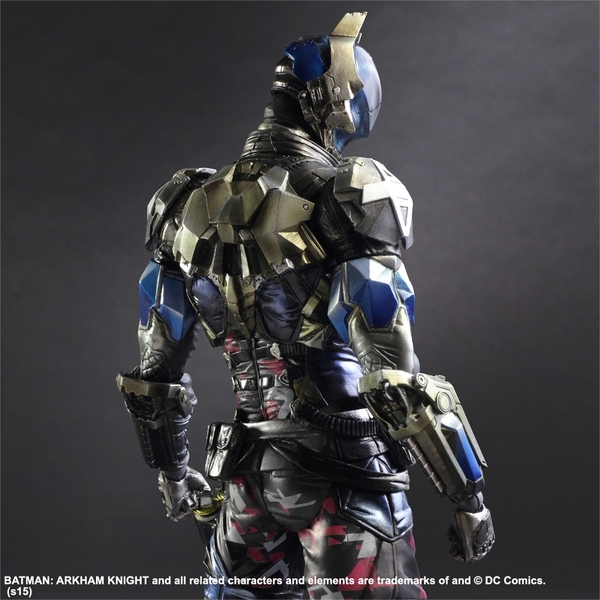 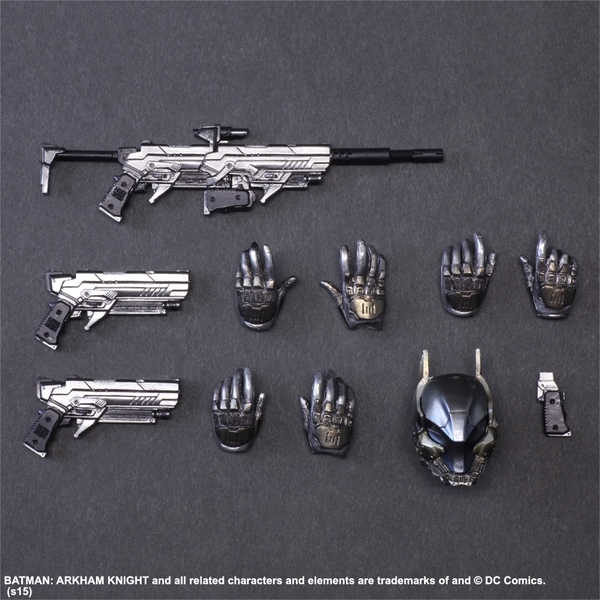 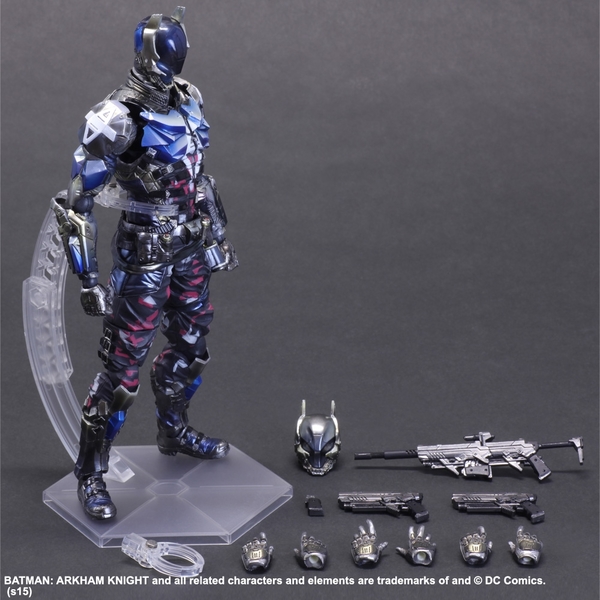 A symbolic letter “A” emblazoned on his chest, mechanical armor, army fatigues – this figure shows off a wide range of different realistic textures. During sculpting we paid special attention to keeping a sharp silhouette all around. His helmet, that looks very similar to that of the BATMAN, has a translucent visor. There are two interchangeable helmet pieces: one to recreate his default appearance, and a second one painted so as to give off a glowing eye effect. Other accessories include: a sniper rifle, two handguns, and three interchangeable hands to allow for a variety of action poses.