Earlier this year, DC announced they would be releasing a crossover titled Robin War, this December as part of the 75th year anniversary celebration of the Boy Wonder. Comic Vine was able to get an exclusive first look at the covers and solicitations which feature the return of the Court of Owls . 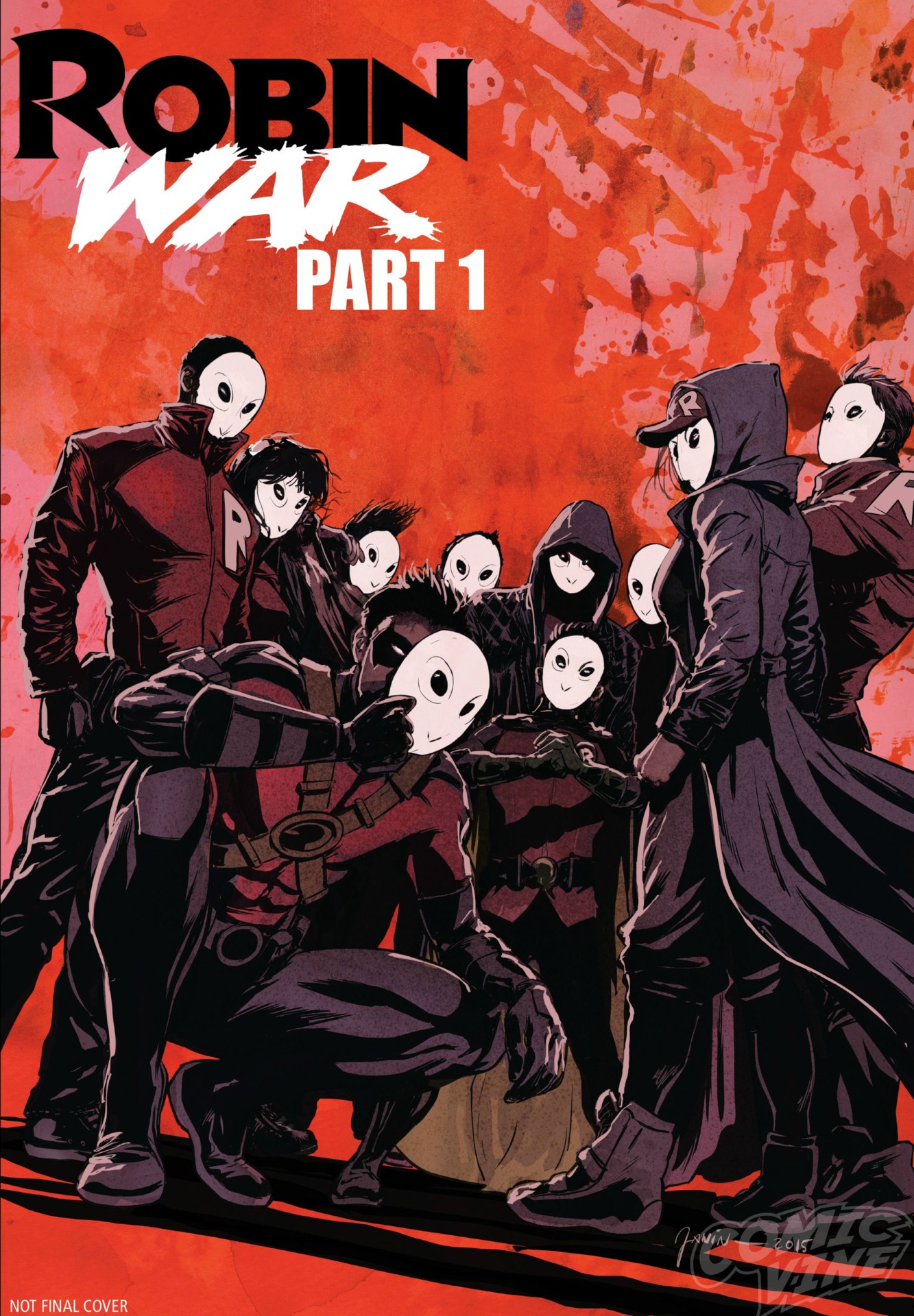 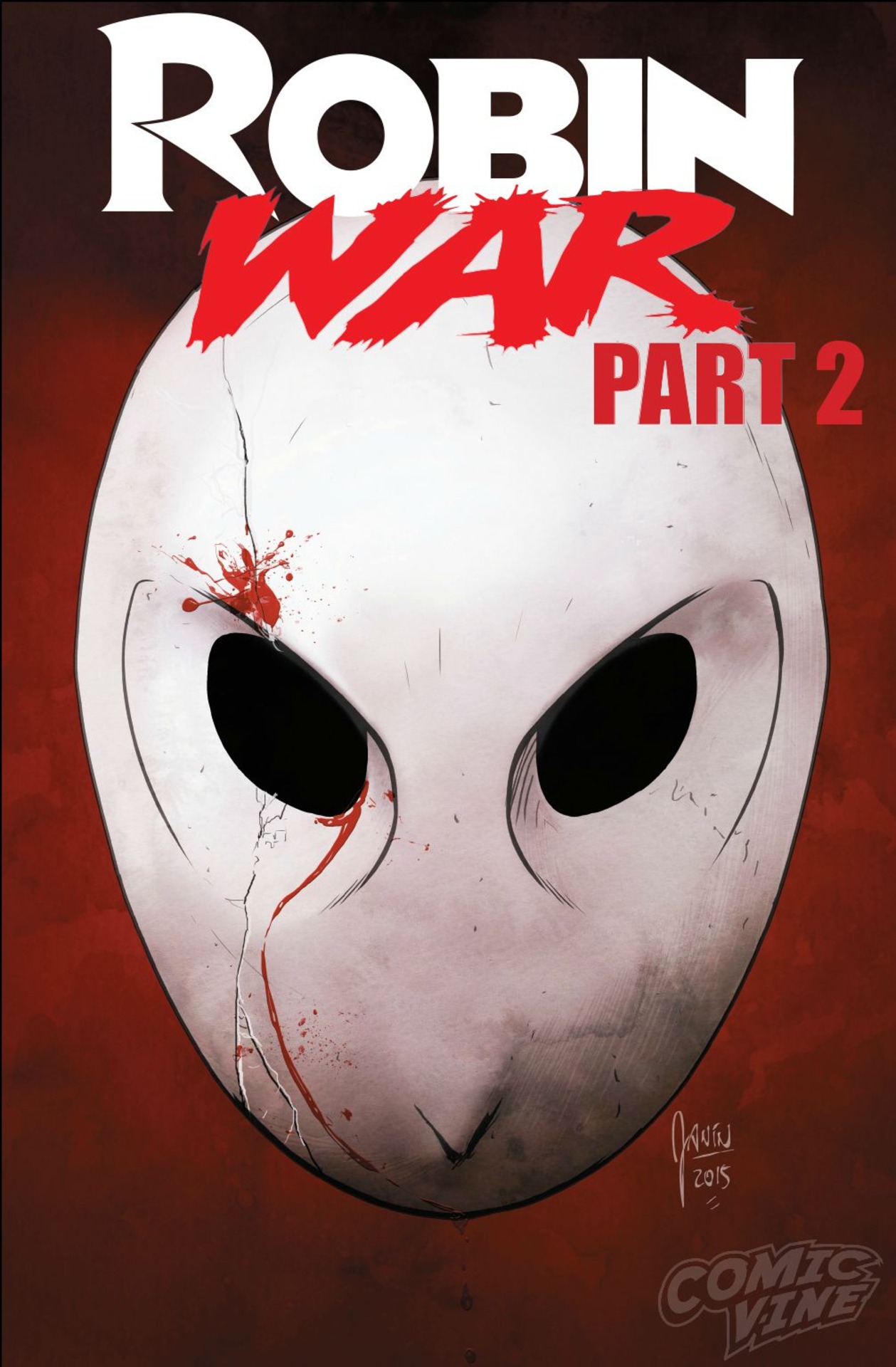 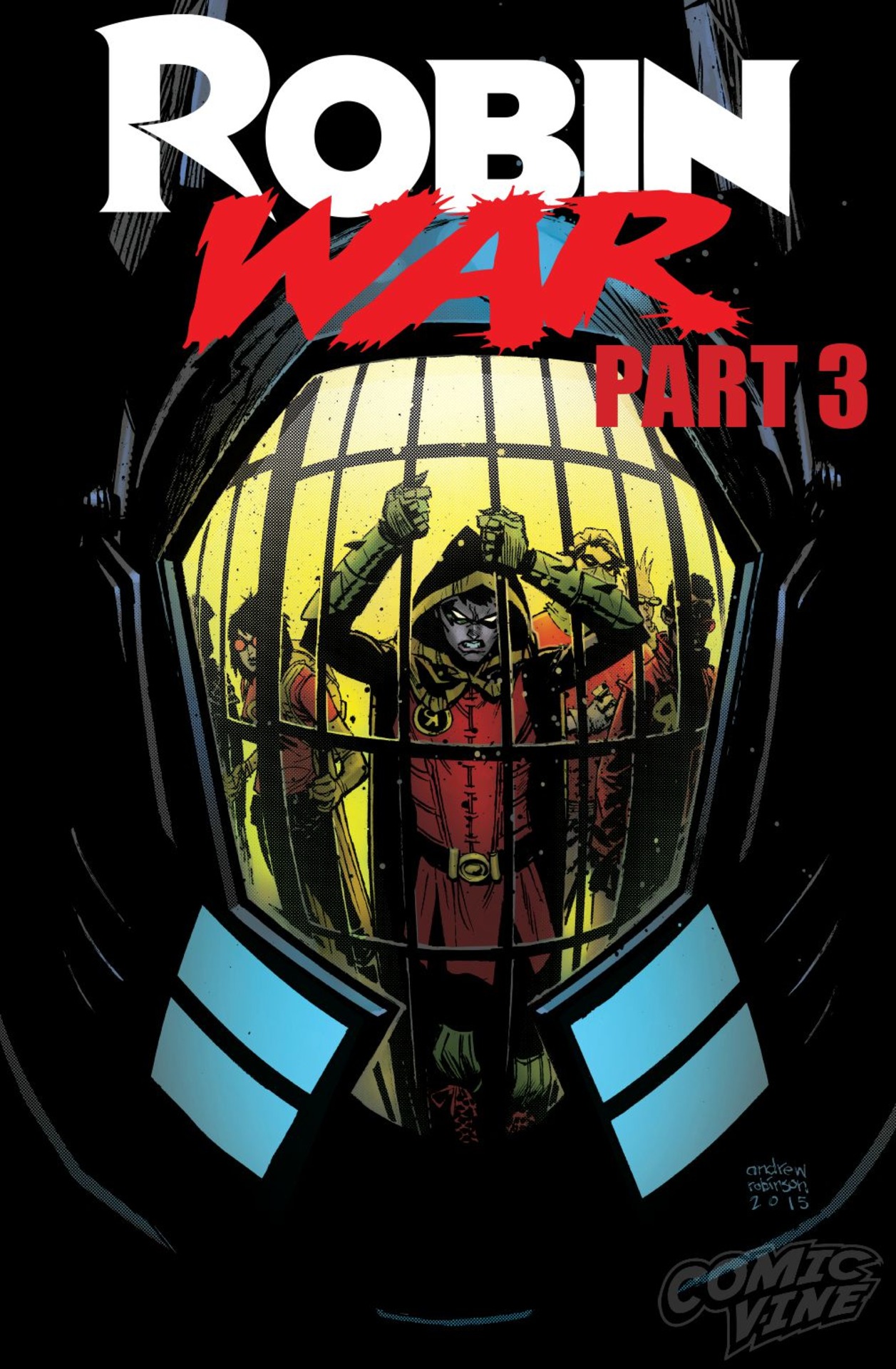 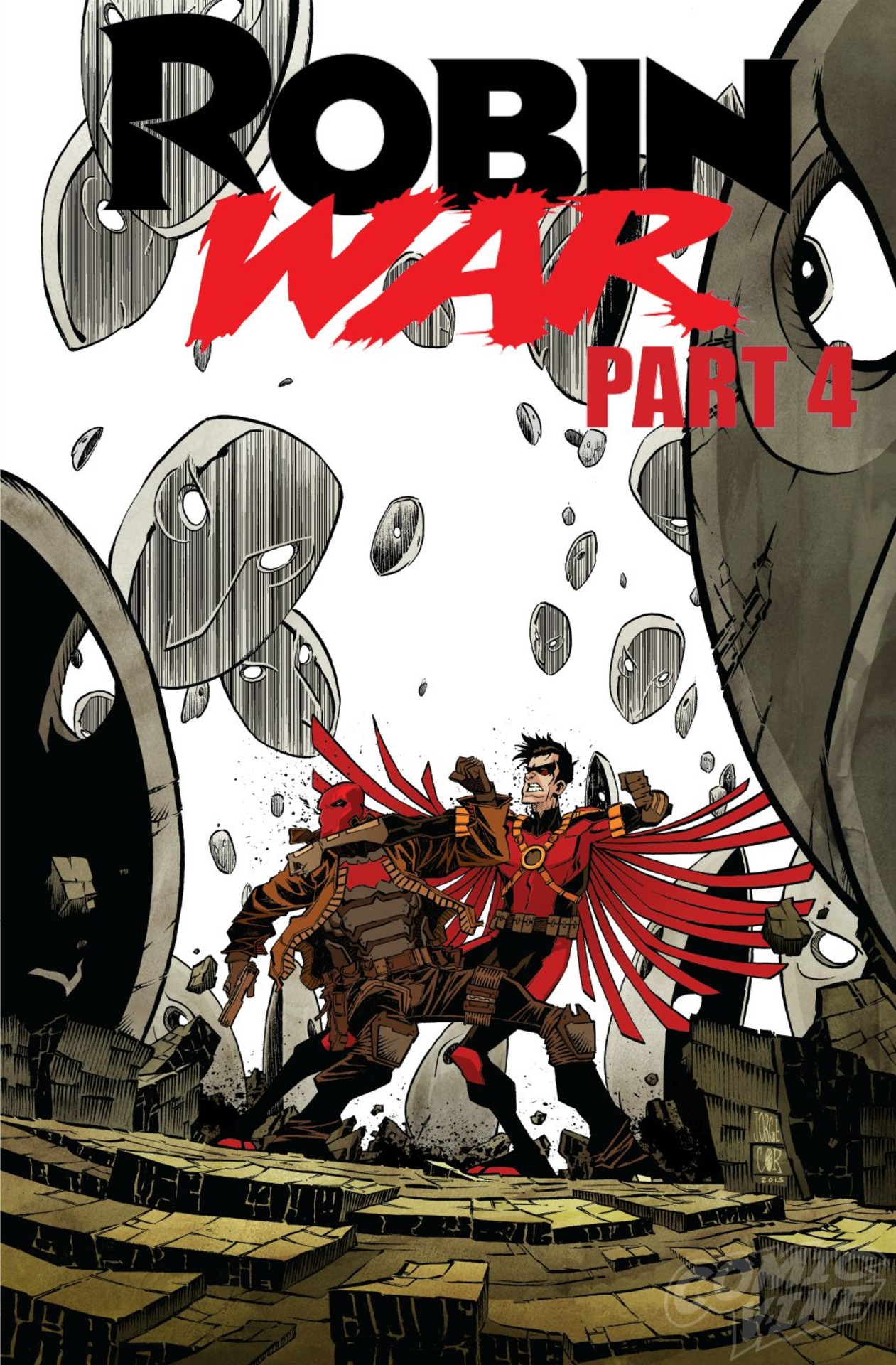 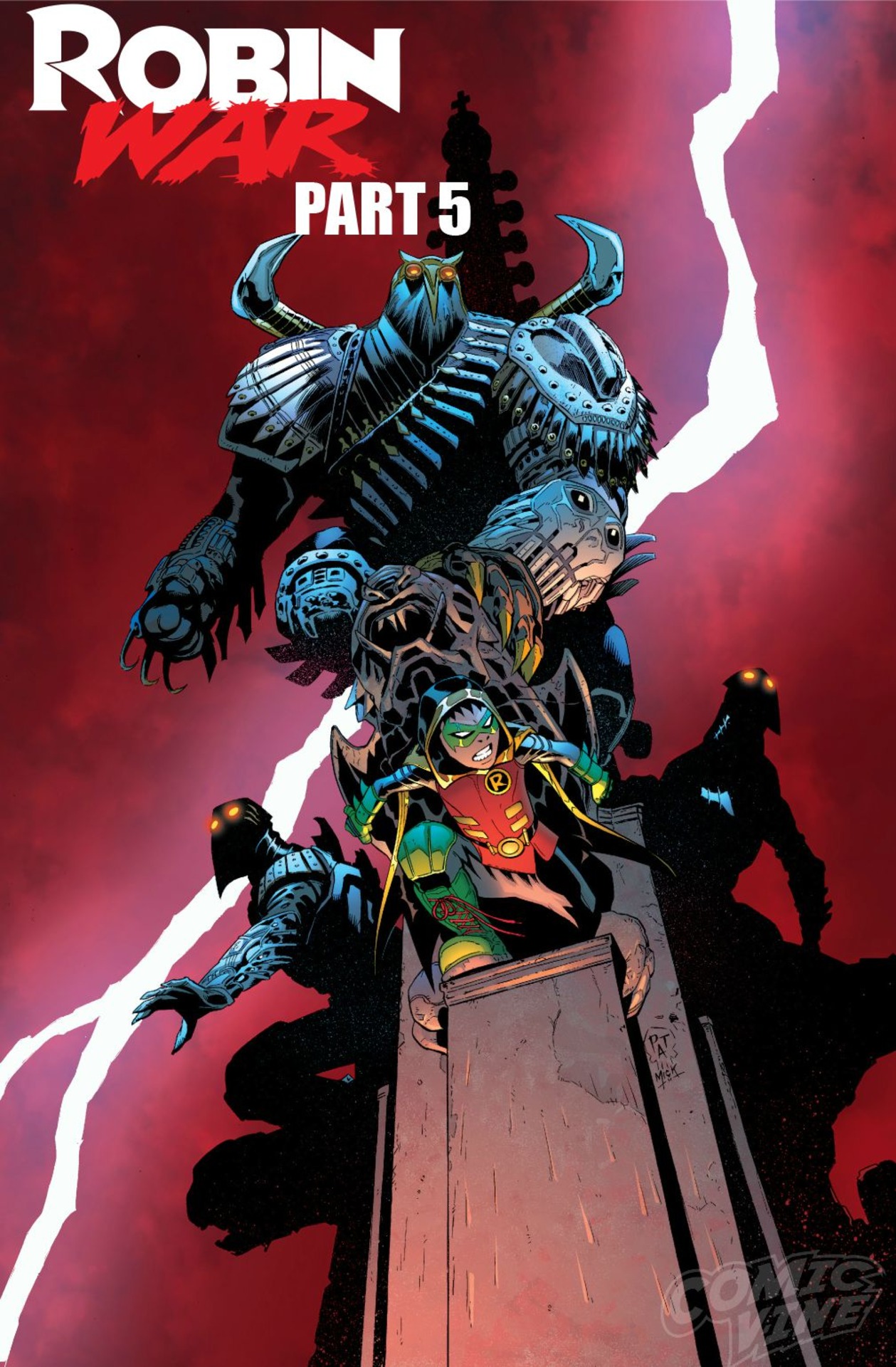 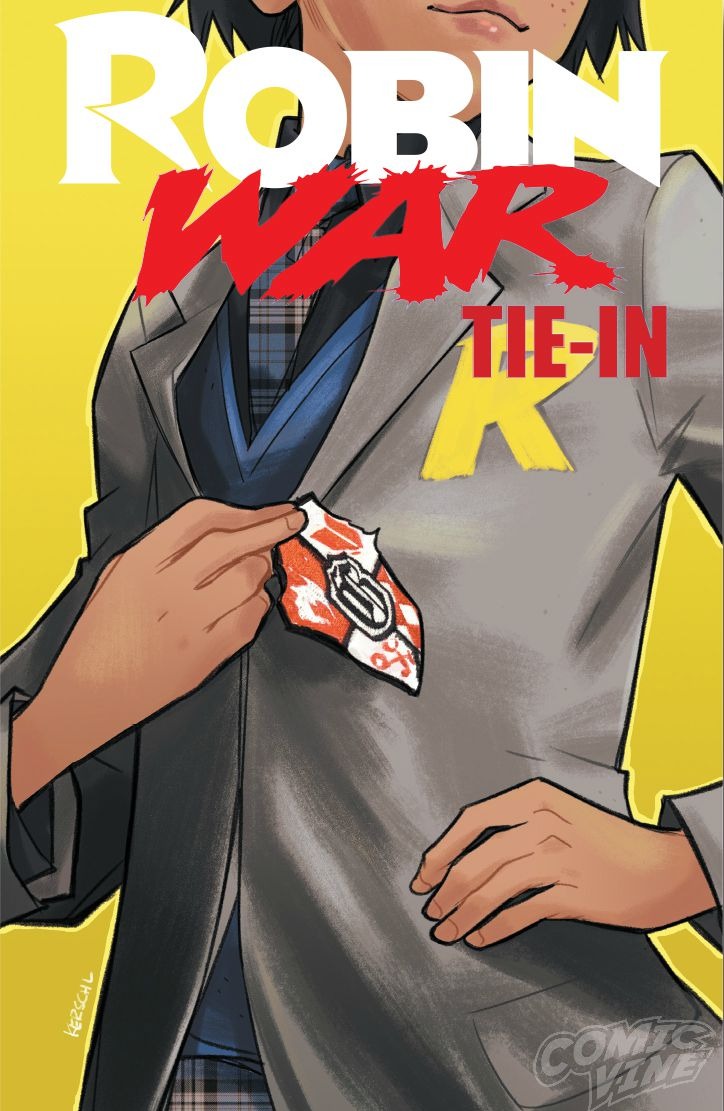 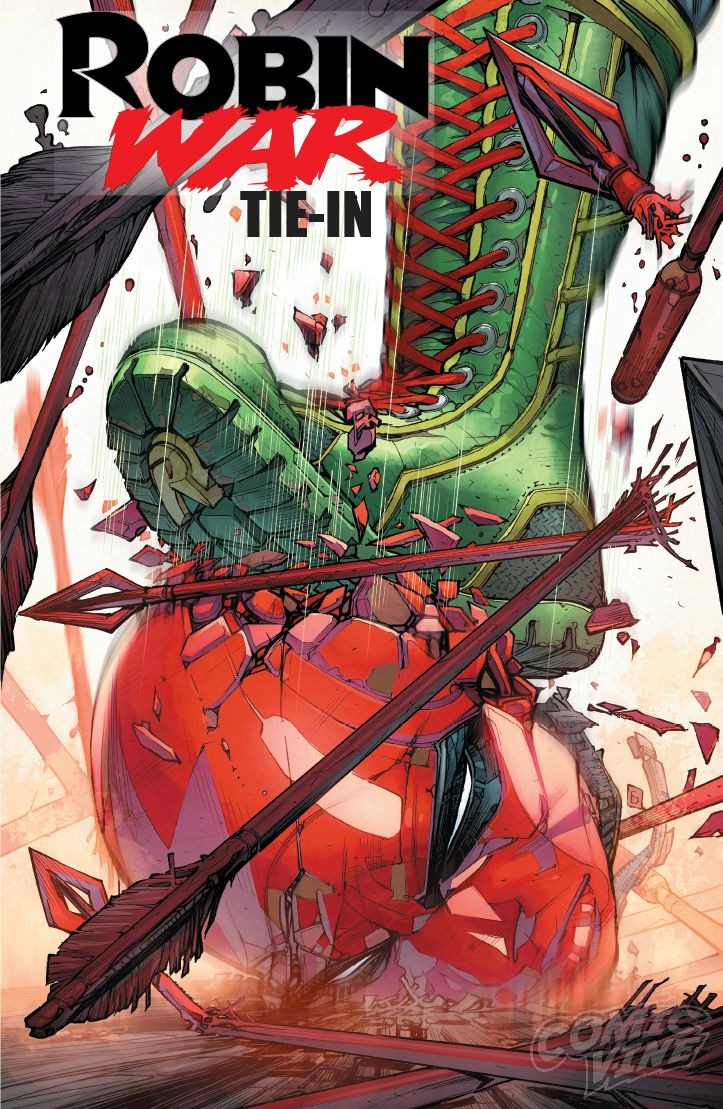 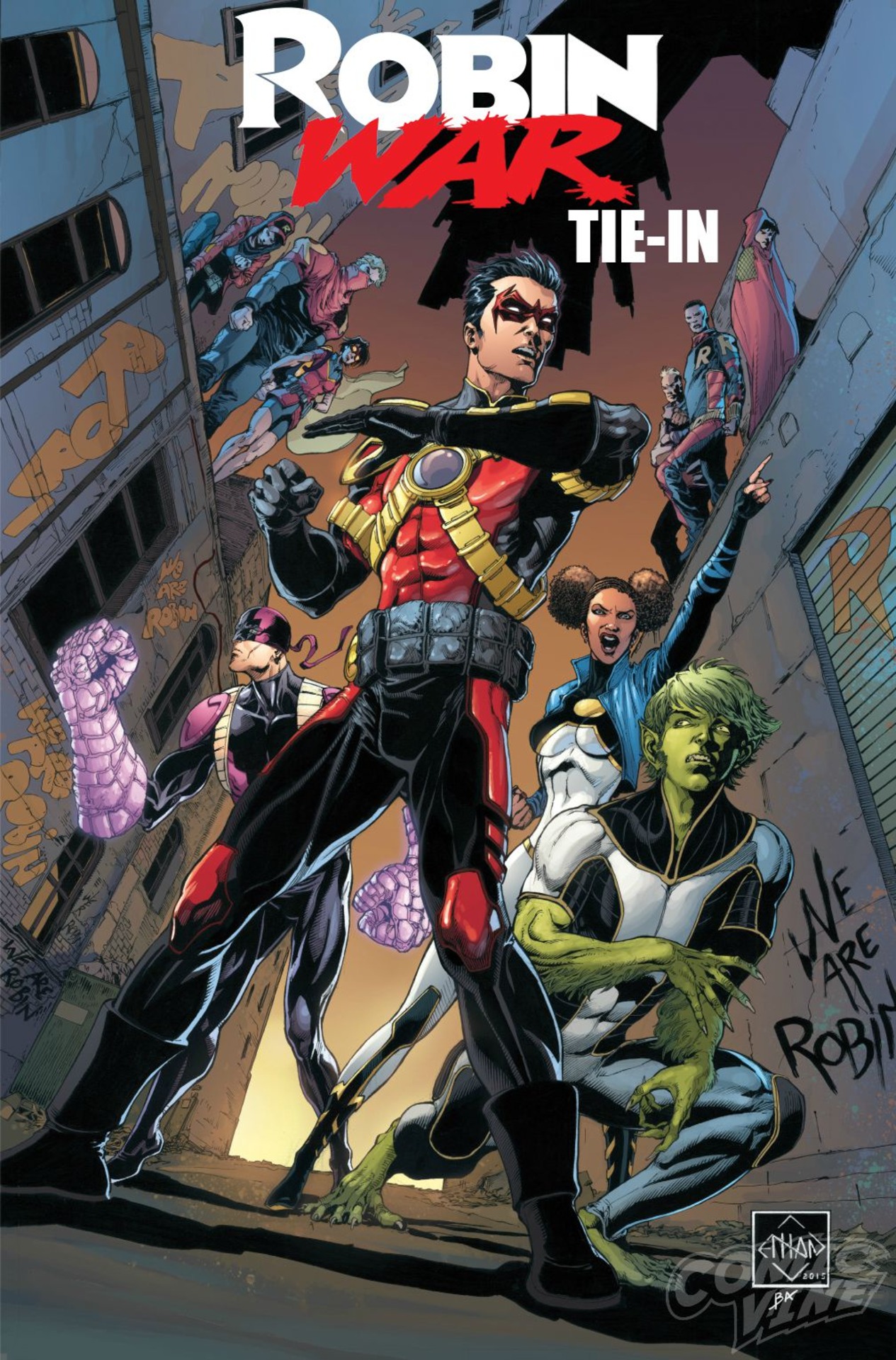 From what we can see Robin War will have tie-ins,with Grayson, Detective Comics, We are Robin, Robin: Son of Batman, Gotham Academy, Red Hood/Arsenal, and Teen Titans. Solicits can be found below.

ROBIN WAR #1
Written by TOM KING
Art and cover by KHARY RANDOLPH
1:25 Variant cover by LEE BERMEJO
On sale DECEMBER 2 • 48 pg, FC, 1 of 2, $4.99 US • RATED T
THE ROBINS FACE THE COURT OF OWLS!
In part 1 of this new epic, it’s Robins vs. cops! Robins vs. Robins! Robins vs. Batman! And Robins vs. the Court of Owls?!
Damian Wayne returns to Gotham City, and he is not happy. There are kids all over the city calling themselves Robin, Bruce Wayne is no longer Batman and the GCPD, led by the new, armored-up Batman, is cracking down on anybody wearing the “R.” And things only get worse when Red Hood, Red Robin and Grayson all come back to Gotham City…

GRAYSON #15
Written by TIM SEELEY
Art and cover by MIKEL JANIN
On sale DECEMBER 2 • 32 pg, FC, $3.99 US • RATED T
IT’S GRAYSON VS. THE COURT OF OWLS in “Robin War” part 2! As the Robins run wild in the streets of Gotham City, Grayson battles the Court of Owls! With chaos everywhere, the police are paralyzed—and even an Agent of Spyral has his limits!

DETECTIVE COMICS #47
Written by PETER J. TOMASI
Art by MARCIO TAKARA
Cover by ANDREW ROBINSON
On sale DECEMBER 9 • 32 pg, FC, $3.99 US • RATED T
LOCKED UP! In Robin War” part 3, the GCPD cracks down on the Robins, Batman must choose sides—and the mysterious Court of Owls stands behind it all pulling the strings!

WE ARE ROBIN #7
Written by LEE BERMEJO
Art by KHARY RANDOLPH
Cover by JORGE CORONA
On sale DECEMBER 16 • 32 pg, FC, $3.99 US • RATED T
RED ROBIN VS. RED HOOD—TO THE DEATH! “Robin War” part 4 pits Tim Drake against Jason Todd in a steel-cage match—and only the Court of Owls can say who will escape the cage with his life!

ROBIN: SON OF BATMAN #7
Written by PATRICK GLEASON
Art by SCOTT McDANIEL
Cover by PATRICK GLEASON and MICK GRAY
On sale DECEMBER 23 • 32 pg, FC, $3.99 US • RATED T
DAMIAN SAVES GOTHAM CITY—YES, AGAIN!
“Robin War” part 5. In the aftermath of the cage match in WE ARE ROBIN #7, it’s utter chaos as the Court of Owls unleashes hundreds of imprisoned Robins to fight for survival— and to become the one and only Gray Son!
Don’t miss the shocking conclusion to “Robin War” in next month’s ROBIN WAR #2!

GOTHAM ACADEMY #13
Written by BRENDEN FLETCHER
Art and cover by KARL KERSCHL
On sale DECEMBER 9 • 32 pg, FC, $2.99 US • RATED T
A “Robin War” tie-in! With Robins fighting cops all over the city, the student body is starting to take sides. What happens when Olive and her friends find themselves on opposite sides of this struggle? And what happens when the real war comes to the halls of Gotham Academy?

RED HOOD/ARSENAL #7
Written by SCOTT LOBDELL
Art by JAVIER FERNANDEZ
Cover by HOWARD PORTER
On sale DECEMBER 9 • 32 pg, FC, $2.99 US • RATED T
A “Robin War” tie-in! The boys are back in Gotham City and tensions are high! As battle lines are drawn, Red Hood and Arsenal will be forced to choose sides-—but will they side with each other? It’s brother versus brother, as the Robin War rages on!

TEEN TITANS #15
Written by WILL PFEIFER
Art and cover by ETHAN VAN SCIVER
On sale DECEMBER 23 • 32 pg, FC, $2.99 US RATED T
A “Robin War” tie-in! With Tim Drake missing, the Teen Titans track him back to Gotham City, where the Robin War rages—but Professor Pyg stands between the team and their leader.