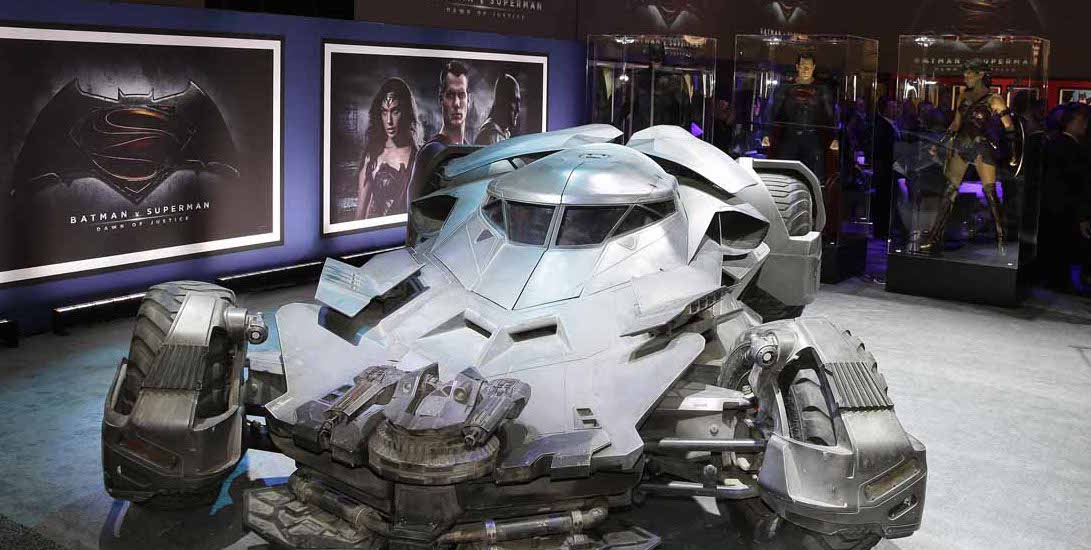 The Batman v Superman: Dawn of Justice Batmobile has made an appearance at the 2015 Licensing Expo, which took place in Las Vegas, Nevada, at the Mandalay Bay Convention Center.  The Licensing Expo is a meeting place for the global licensing industry to such an extent that brand owners and agents can meet with consumer goods manufacturers, licensees, and retailers with intentions to build partnerships, forge business deals, and ultimately expand business.  Considering this information, one can easily envision toys, models, and designs of the BvS Batmobile becoming available in the future.  Regardless, the Batmobile looks sleek and mean, and you can take a gander inside the cockpit, if you wish to refer to driver’s interior area in such a way.  Enjoy the pictures. 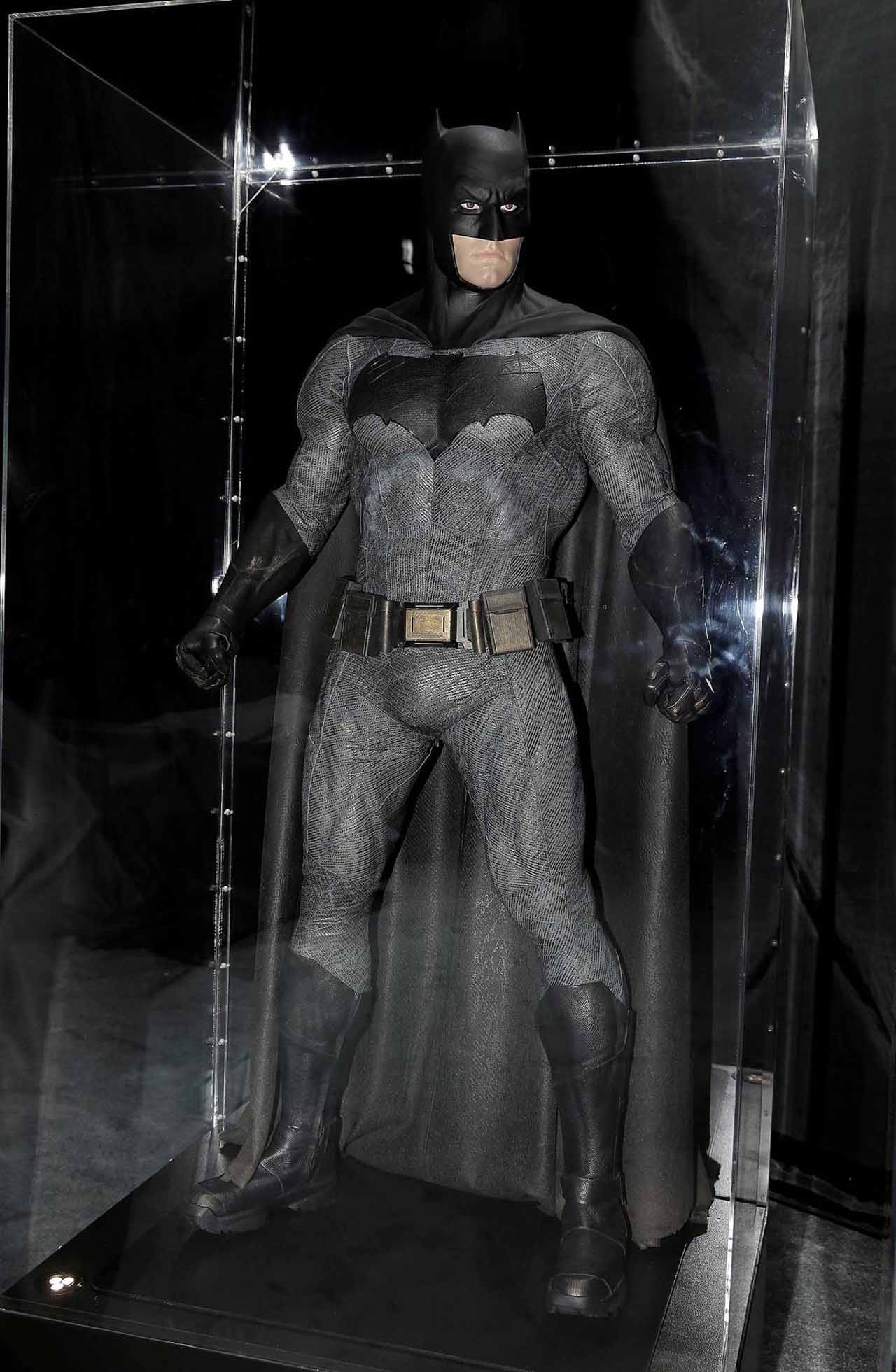 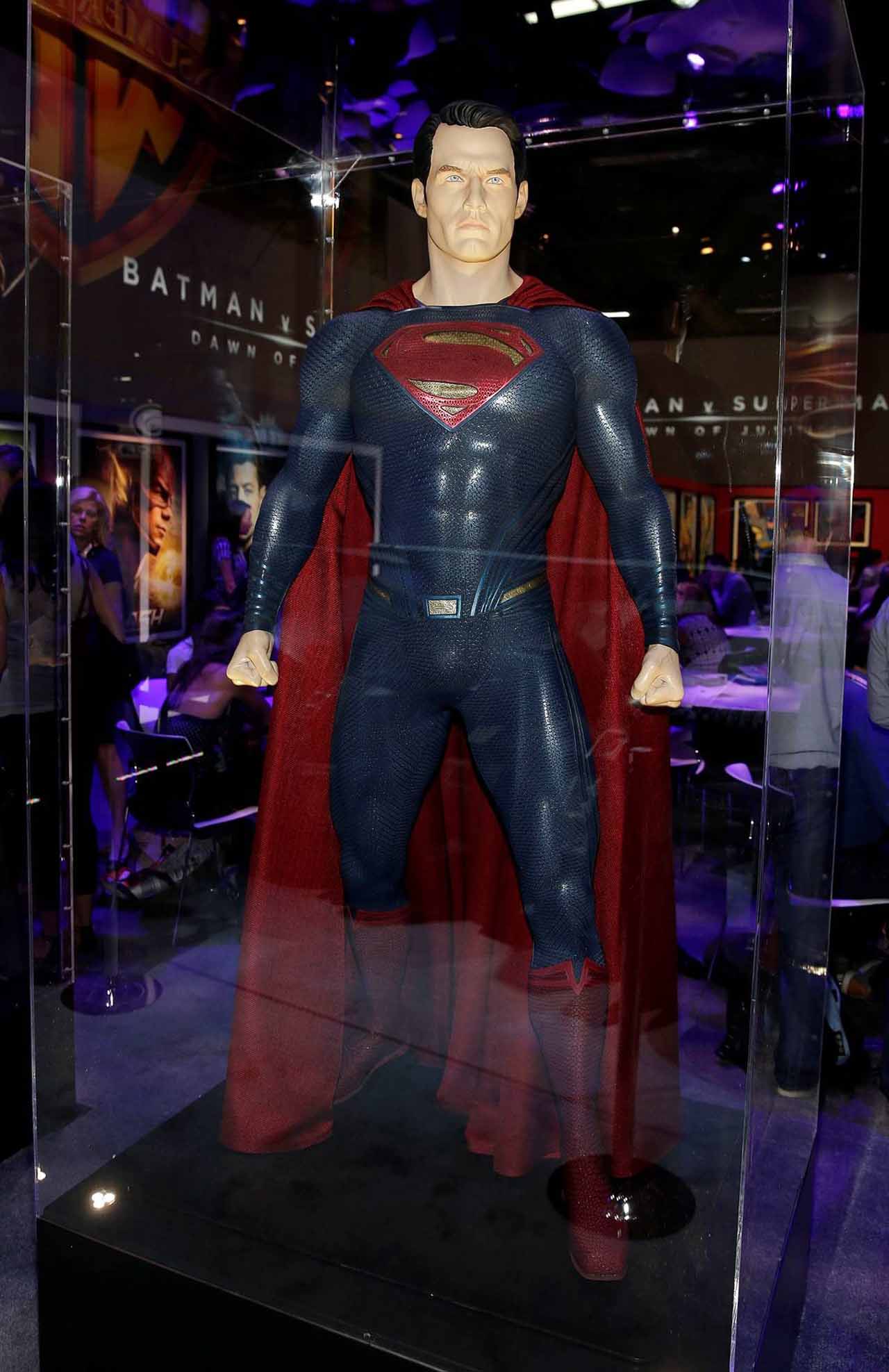 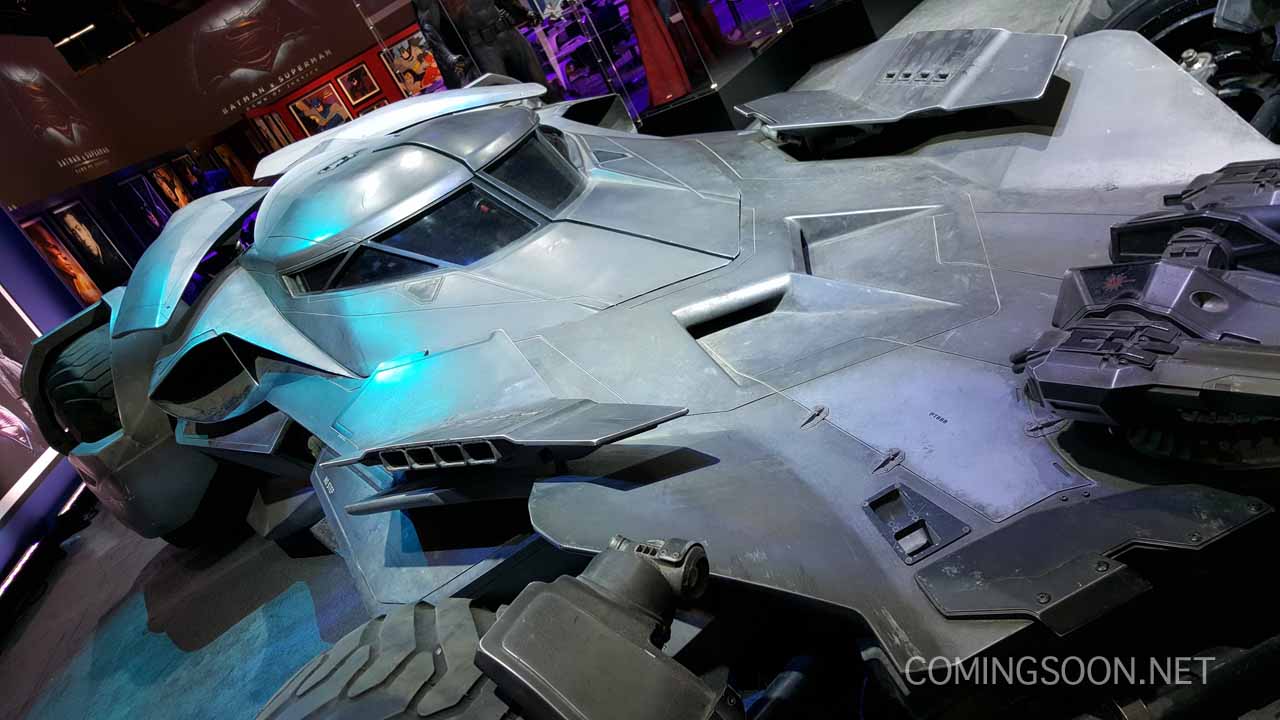 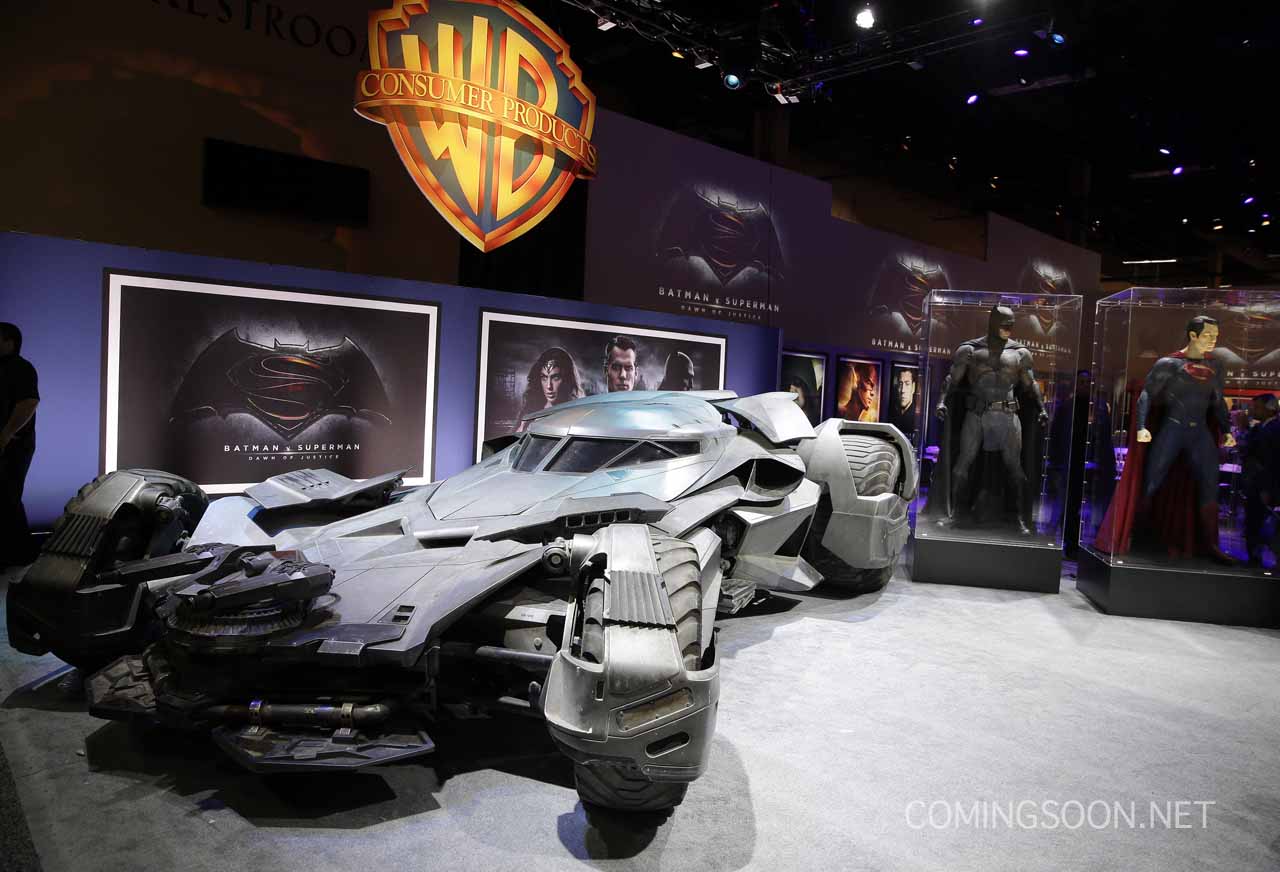 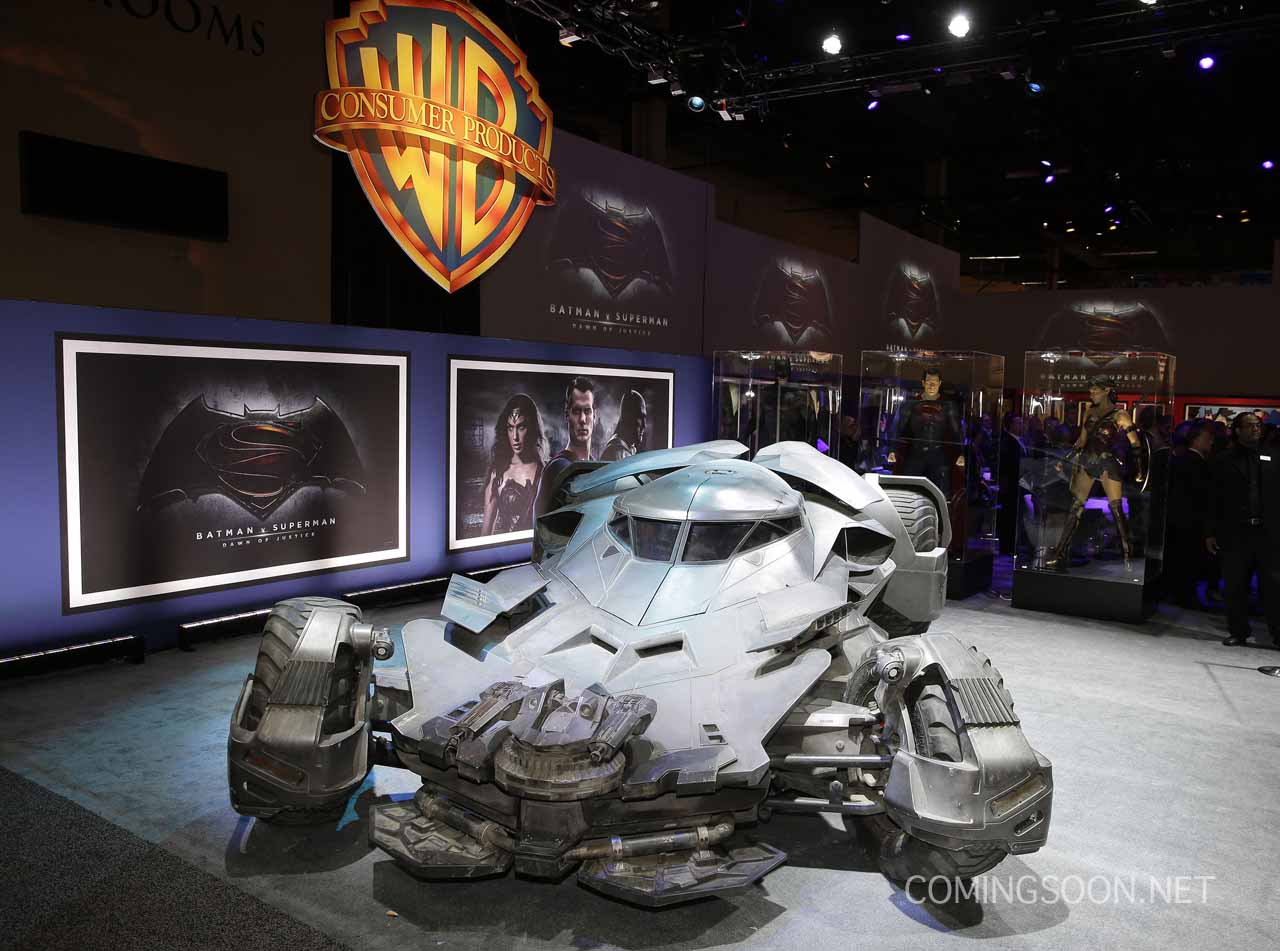 You see this pull up in front of your house... 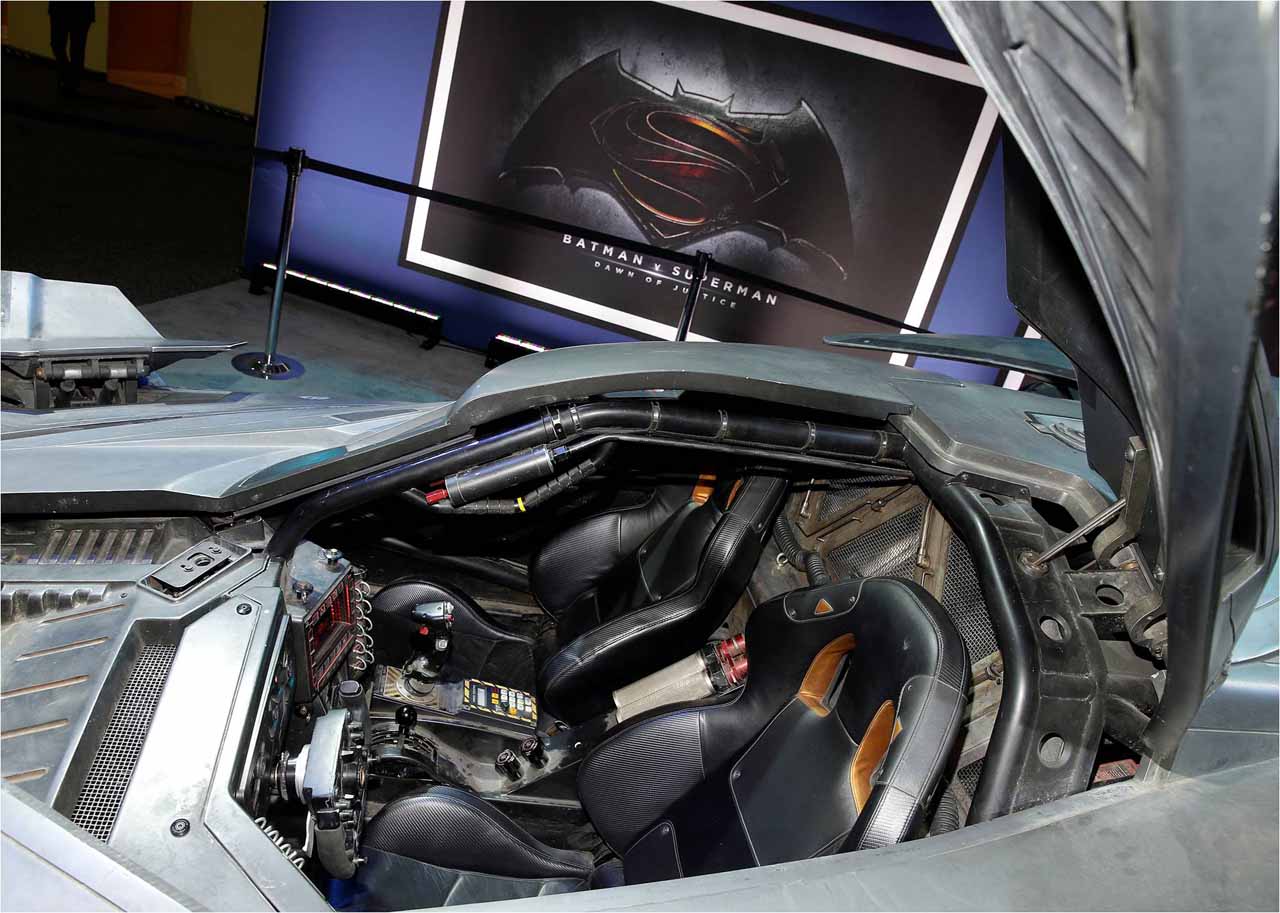 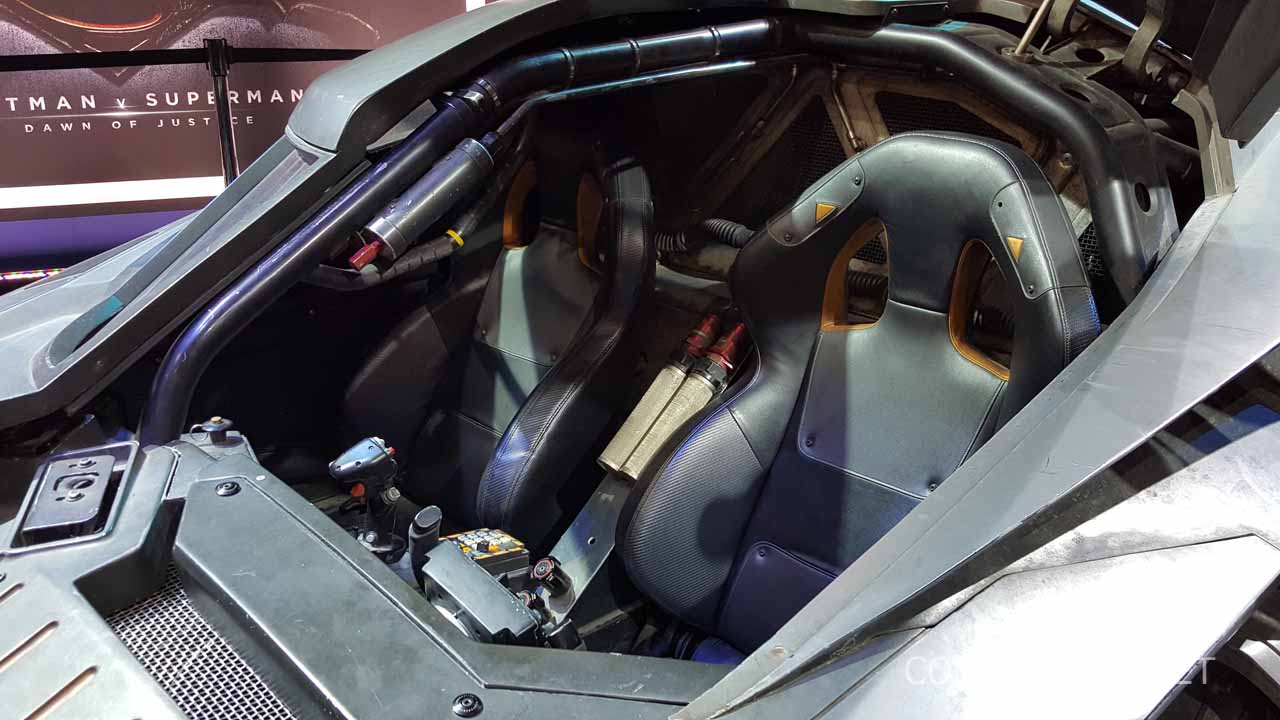 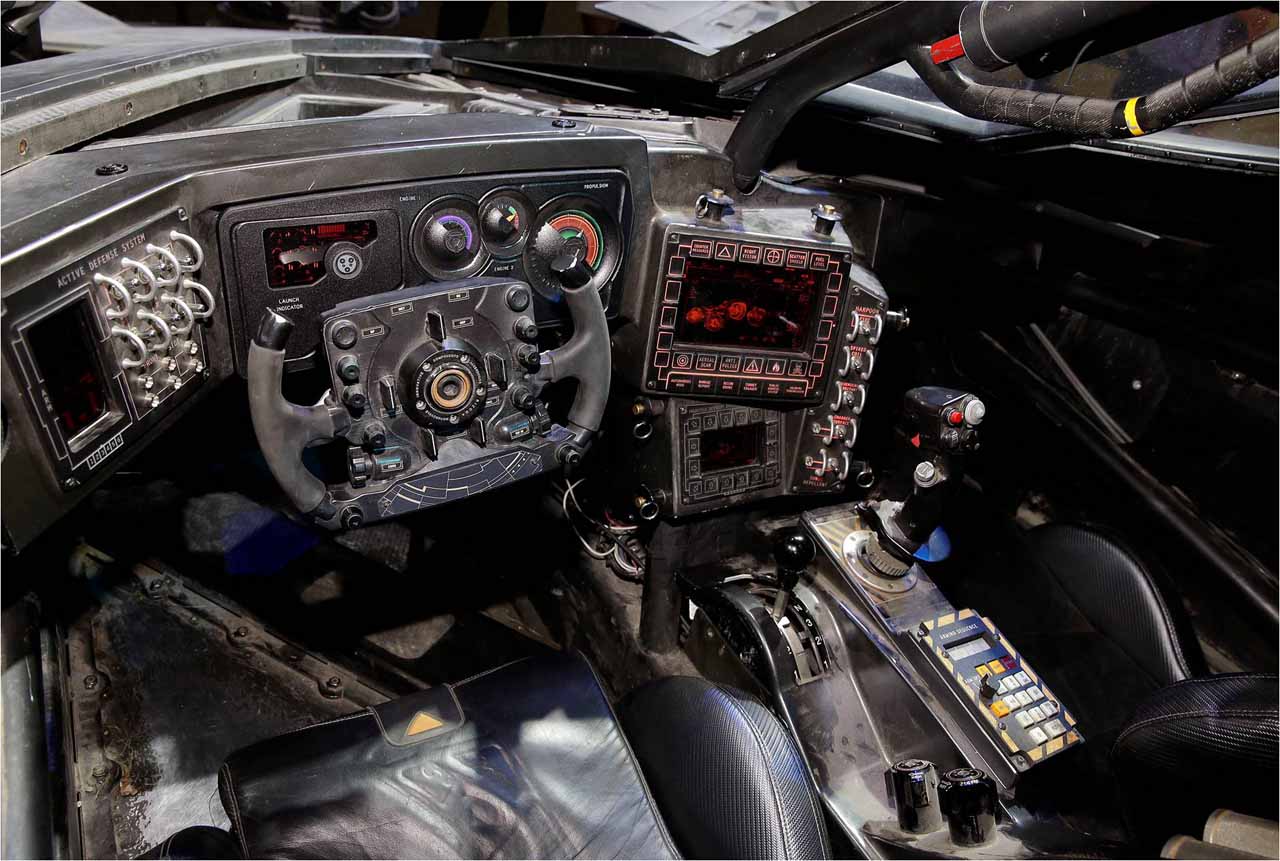 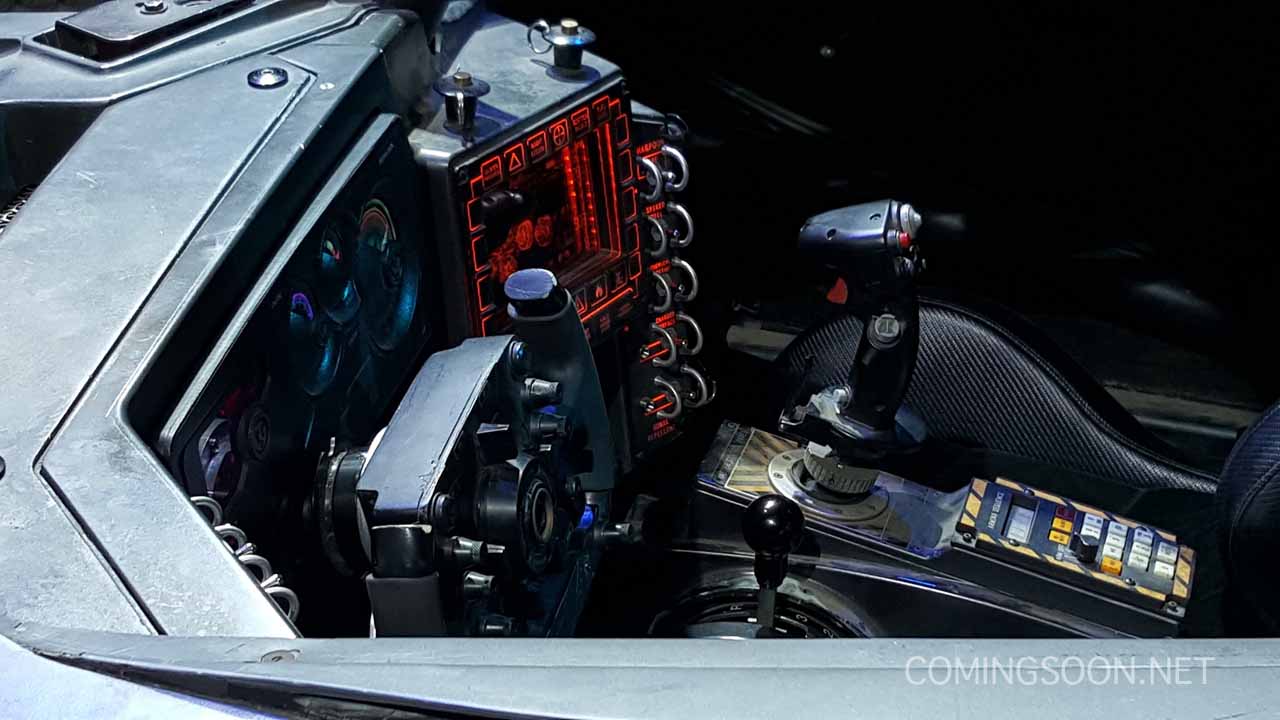 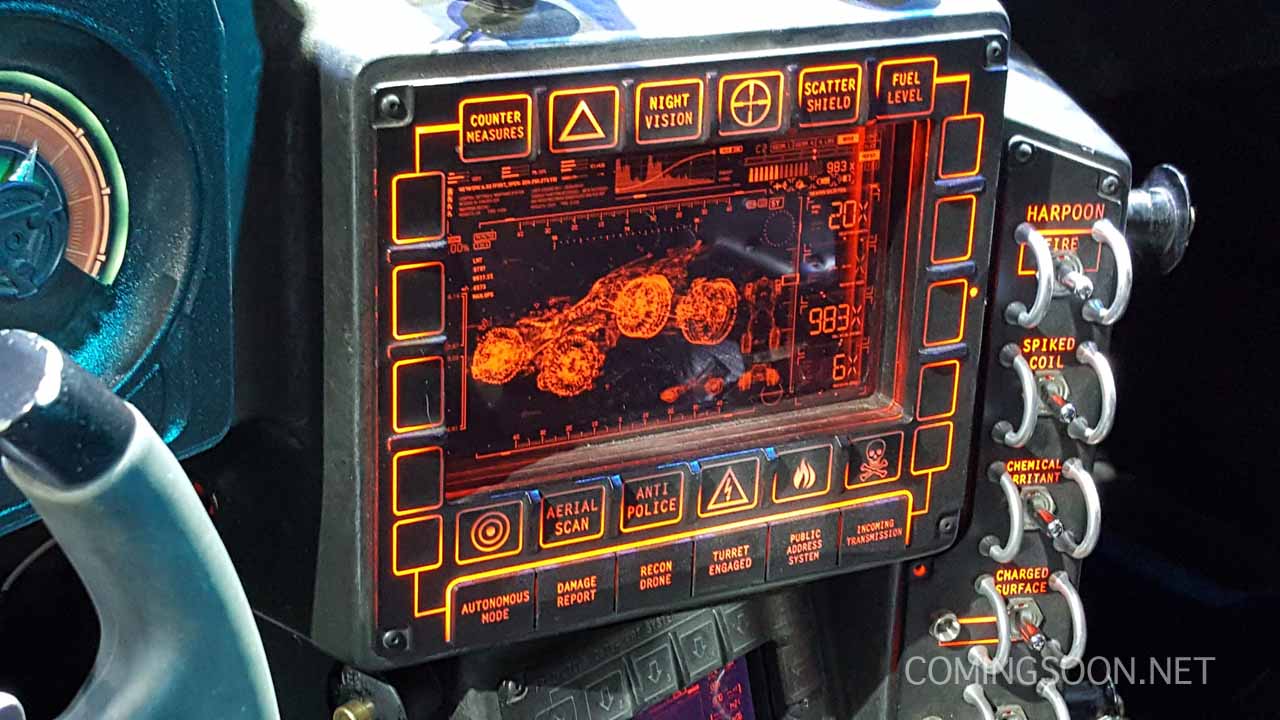 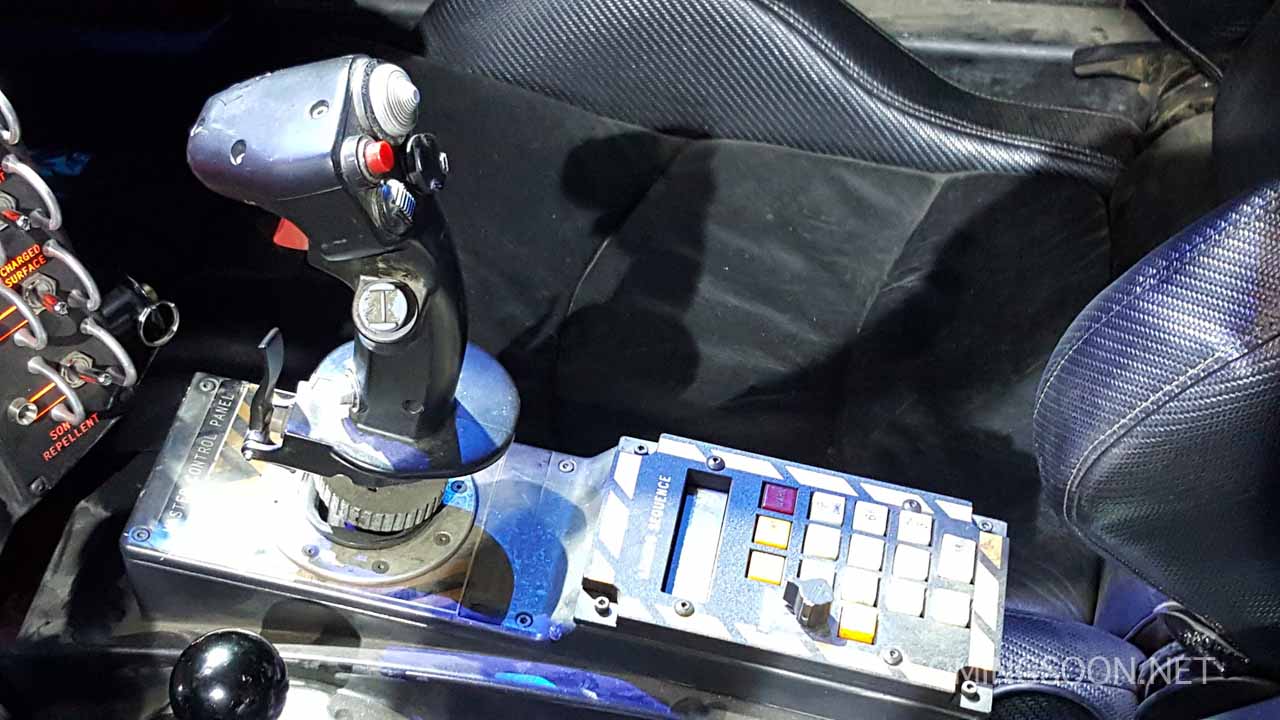 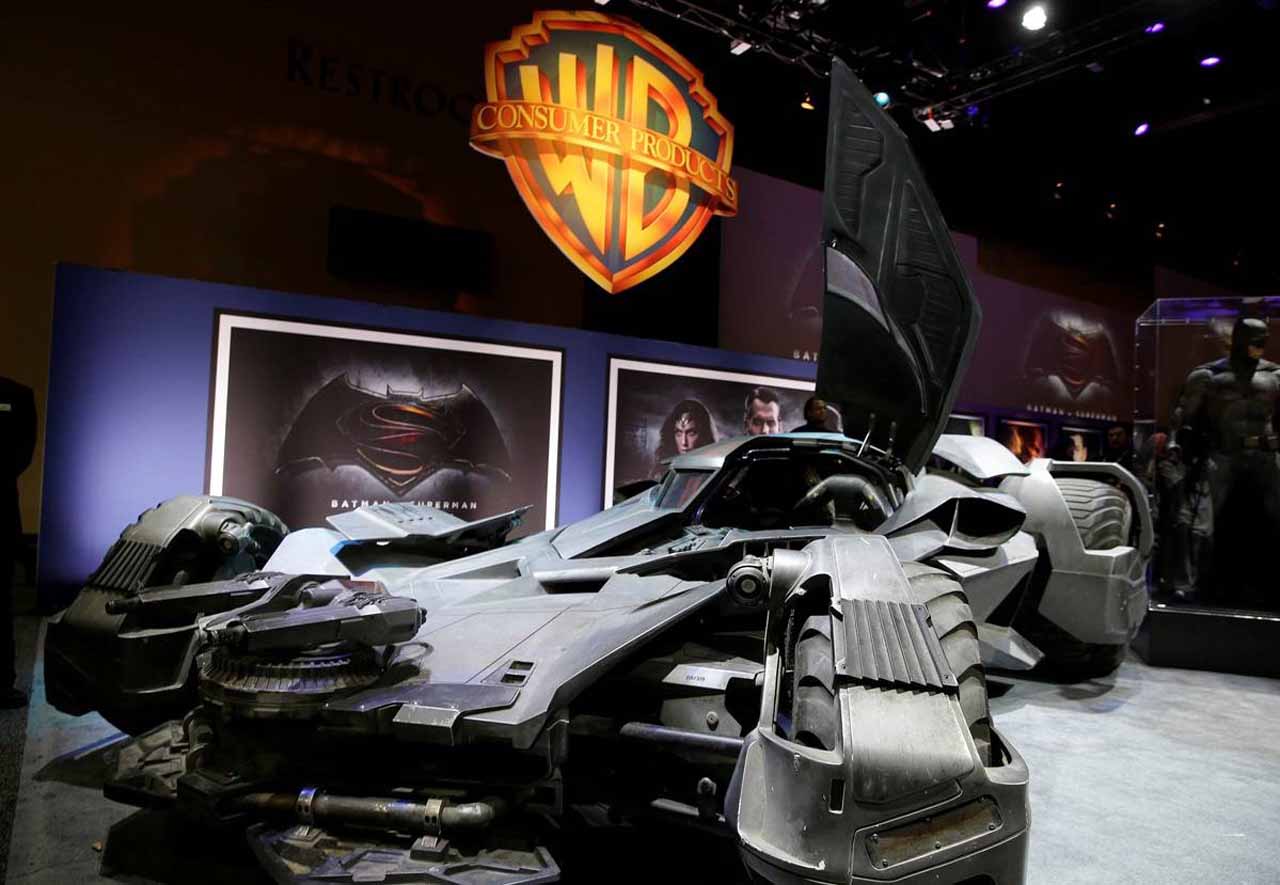 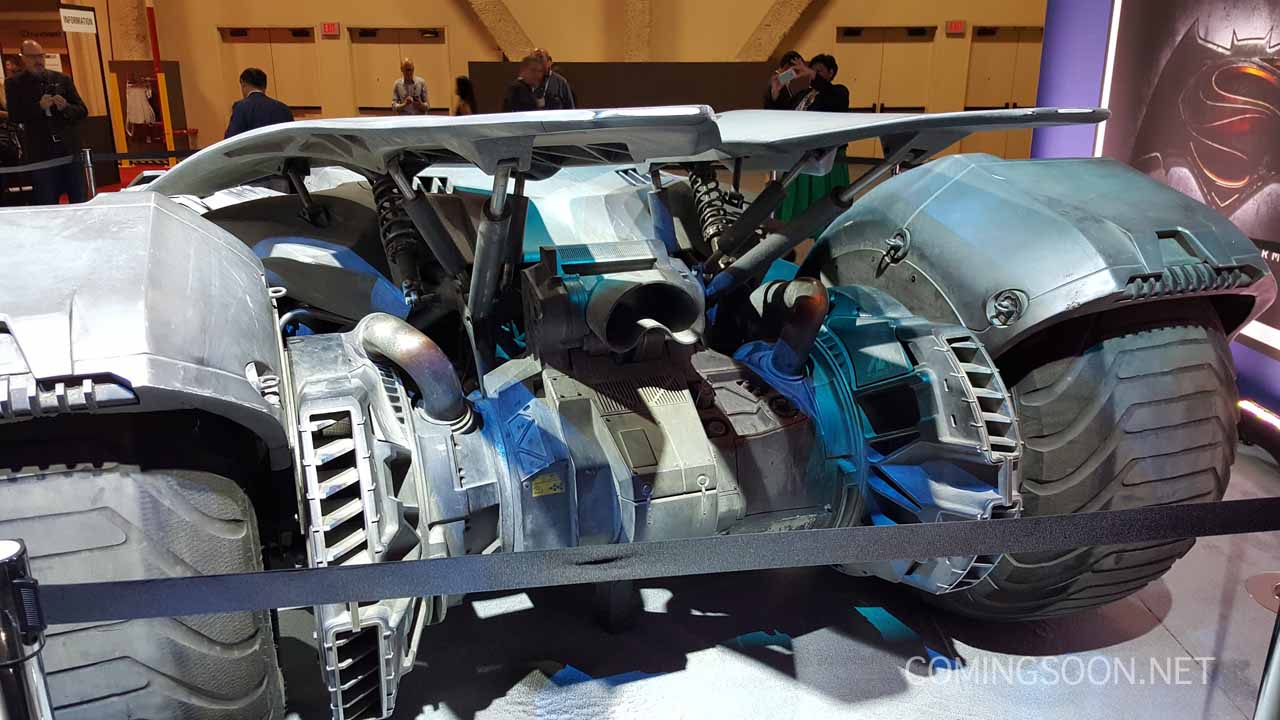 Good place to BBQ a few steaks...or yourself. 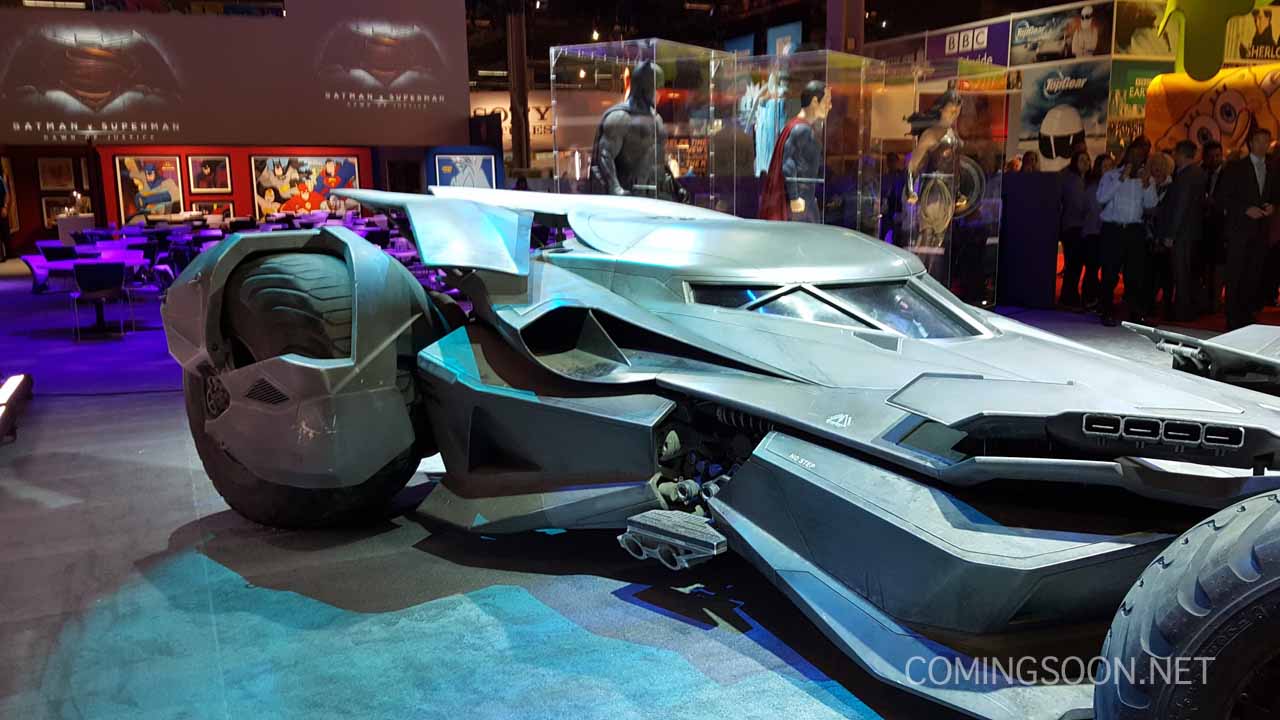 According to Coming Soon, an inscribed description near the Batmobile at the Expo provided details and certain specifications for the vehicle, and said:

Single-handedly designed and fabricated in near complete seclusion by The Batman, this infamous pursuit and capture vehicle has earned its reputation as the apex predator on the mean streets of Gotham City. Over powered with an unmatched hybrid of prototype military and civilian performance technologies, this top machine has been estimated to reach speeds of up to 205 MPH. The Batmobile’s imposing defense capabilities, supported by stole Wayne Industries technologies, have been integrated with the latest in covert military grade armaments, stealth and active protective systems.

Additionally, the inscription detailed certain features of the Batmobile, revealing the following descriptive data about the vehicle:

Indeed, 7,000lbs is an interesting weight for the Batmobile, especially when you consider the fact that a Class 3 truck weighs 10,000-14,000lbs, while the weight of a normal car is about 4,000lbs.  Perhaps the Batmobile’s weight is reasonable for a vehicle that a) possesses such offensive and defensive capabilities, and b) necessitates speedy, dextrous movement.