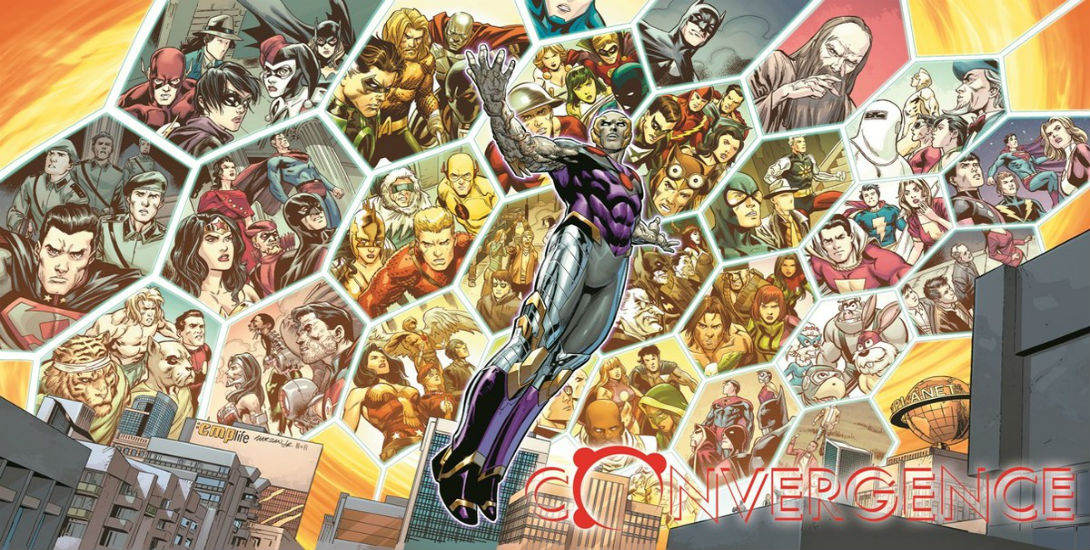 It’s a big week for DC Comics! The multiverse shattering event Convergence has finally kicked off and while it is arguably the publisher’s biggest release this week, it’ll be the third book reviewed in this article. Considering that the concluding issues of Earth 2: World’s End and The New 52: Futures End lead into it, it’s best to list them in the order I opted. Plus, this is the order I read them in! Without further delay… 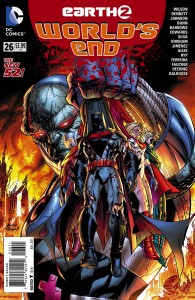 This is definitely a comic that delivers what the title promises: the end of a world. I doubt that you could consider that much of a spoiler. While I won’t tell you how it happens as to not spoil your read, I will confirm that a planet bites the space dust. If you like disaster/ end of days type movies, this is definitely a book for you – only it stars superheroes.

The cover may give you the impression that Darkseid dominates and he certainly does. This evil New God is as threatening and regal as ever. It is, however, important to point out that hope is not lost as Green Lantern Alan Scott becomes something rather transcendent and takes the fight to Darkseid with a vengeance.

It’s possible the planet wasn’t the only thing to do die. Some heroes may have had their swan song, but which ones remain a mystery. We’re told to pick up Convergence #1 next week to find out. It’s also worth mentioning that a new book called Earth 2: Society launches in June and should no doubt be followed by fans of this particular universe. The next few months should prove most interesting.

I applaud Daniel H. Wilson and company for delivering such a strong finale to a cosmic tale. Although the use of many artists in a single comic still felt jarring after 26 issues to this reader, I admit all involved did a fantastic job. Let’s raise our glasses to survival. Score: 8/10 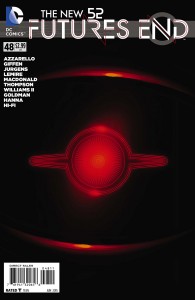 THE NEW 52: FUTURES END by Various

This title has a history of covering too many threads in a single issue, so it was nice for the concluding installment to maintain focus on a single one. Within these pages, Tim Drake arrives in the future to find out his efforts in the past didn’t have much of an effect at all.

Wait, let’s pause for a moment for those not up to speed and allow them to take it all in: Tim Drake is the new Batman Beyond. Many have felt the character hasn’t gotten his due in recent years, so hopefully this will satisfy many fans. How can you argue with inheriting the mantle of The Batman?

While he does meet up with Mr. Terrific and Ray Palmer and a new resistance, it doesn’t really feel like much is accomplished here. As a finale, this book was kind of weak and didn’t seem like anything was resolved, nor did it seems as conclusive as the above title. It’s also not made clear where readers should go next; Convergence or June’s new Batman Beyond title (also written by Dan Jurgens)? Still, those looking to keep up to date with the grand DC scheme owe it to themselves to give this at least one read. Score: 6/10 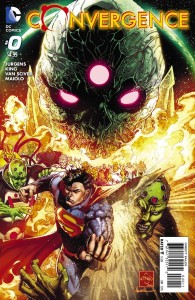 Now let’s conclude by discussing what is arguably this week’s biggest release. This special, over-sized zero issue is more so a prelude to Convergence proper; it bridges the gap between Superman: Doomed and Convergence itself.

One of the strengths of this issue is that it is a great tribute to the legendary Superman/ Brainiac rivalry. I would go as far to call it a love letter. In fact, we meet the Brainiac of Brainiacs if you can imagine such a thing. Not only that, we’re introduced to the mysterious villain Telos who is set to play a major role in this event.

Speaking of that rivalry, the Death of Superman and its many variations throughout the past three quarters of a century (yes, it’s happened more than once) are a vital part of the storytelling. I won’t spoil it. It’s all brought to life by the masterful artwork of one Ethan Van Sciver, who once again brings his A-game.

If you’re hoping to see heroes from various timelines interact and do battle, come back next week for issue #1. As I said, this week served as setup. At least we get some explanation as to how and why it will go down. The folks at DC were also wise to include brief profiles of various timelines and universes that we will likely see in some fashion during this mega event. Although we’ve yet to get to the meat of the story, I consider this to be a must buy. Score: 7.5/ 10