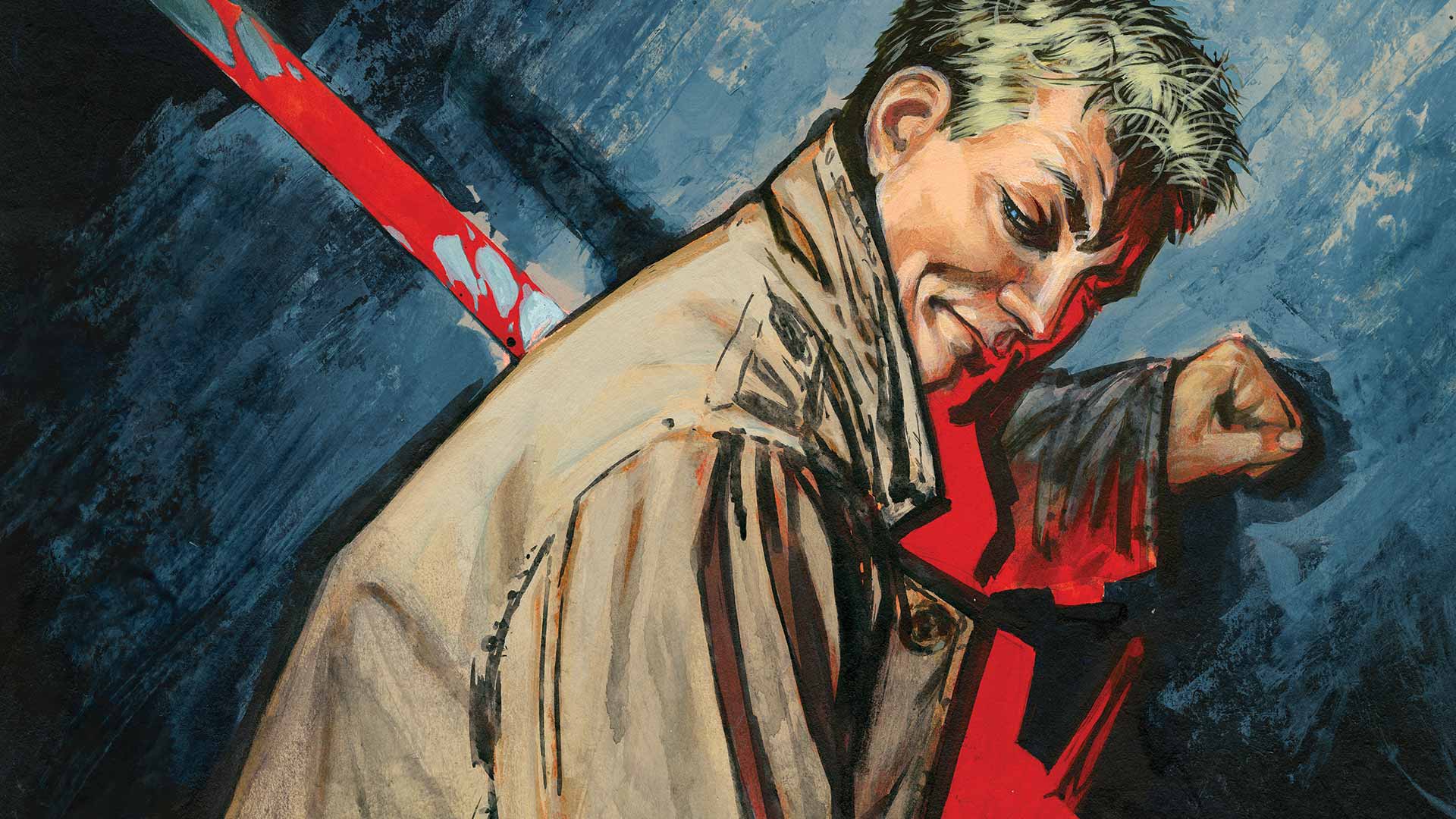 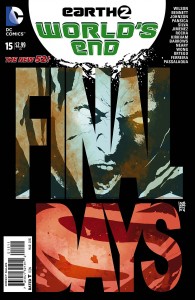 This is a tough issue to review, at least in my opinion. Daniel H. Wilson and company have a lot of story threads to explore in this weekly series. It’s usually well executed, but I feel this particular issue may suffer slightly from the “too much and too little” adage.

As per usual, this issue is divvied up to show us the various corners of the conflict. It starts with Darkseid readying the planet for cleansing (that can never be a good thing), which will no doubt come home to roost in this series’ final act.

Elsewhere, Flash, Green Lantern, and Hawkgirl manage to get Famine to spill some beans: not only is it revealed she and the Furies are the last of their respective kind, our heroes learn how to neutralize them and put that knowledge to good use. Also, Dick Grayson scrambles to find his son. This thread is explored briefly, but I firmly believe there are HUGE plans for Earth 2 Dick.

The final fate of Clark Kent is also an element in this issue. I won’t say more. Granted, that’s how this book was solicited, so I’m not divulging anything new. I’ll just say that statement isn’t hyperbole.

You probably surmised this issue covered a lot of ground. Much was accomplished, yet much was set up. This is what I alluded to earlier. So many threads had to be explored that it feels like we aren’t given sufficient time to savor the characters. Don’t get me wrong, it’s still a good comic book, but this is one of those installments that I feel will read better as part of a trade paperback. Still, keep your eyes affixed to this Earth as we head toward Convergence. Score: 7/10 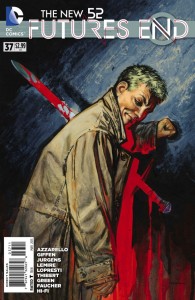 Much like the issue I reviewed above, several plot threads are explored in this particular title. However, Brian Azzarello and pals manage to let characters have their moments. Without a doubt, this issue’s standout is John Constantine. His cockiness and charm ooze off every scene he steals. We also learn why Amethyst can’t stand him and what happened to Gemworld. The kicker is that she needs him because he knows how to save Frankenstein.

Other highlights include more with the female Firestorm, a slobberknocker between the Masked Superman and Dr. Polaris, and some hinting at Brainiac. Convergence seeds are most definitely being planted. We end with a confrontation involving Tim Drake and Terry McGinnis. All I will say is that the Joker shows up to deliver what may end up being a shot heard around the world.

Once again, Aaron Lopresti delivers some stellar artwork. I recommend picking up this issue as it’s yet another solid effort put forth by the creative team as the series rockets toward its conclusion. Score: 7.5/10