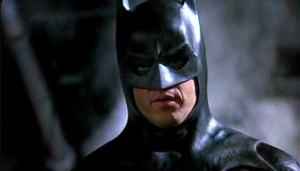 I’m Bond, James Bond. No wait, I could have been the Batman. That’s what Time Burton apparently wanted. He wanted Pierce Bronsan to play Batman. Bronsan said no to the offer made by Burton back in the late 80s because he couldn’t resonate with the character.

Reddit had a session where fans could ask Bronsan a host of questions and the following discussion/question  came up, “You were a great Bond but I always thought you’d make for a great Batman. Were you ever approached for that role?”

He replied with the following:

Yes, I did. I went and met with Tim Burton for the role of Batman. But I just couldn’t really take it seriously, any man who wears his underpants outside his pants just cannot be taken seriously. That was my foolish take on it. It was a joke, I thought. But how wrong was I? Don’t get me wrong, because I love Batman, and I grew up on Batman. As a kid in Ireland, we used to get our raincoats and tie them round our neck and swing through the bicycle shed …

From there we know that Michael Keaton arguably then portrayed the best persona of the Batman to date.

“The image of Batman is a big male-model type, but I wanted a guy who’s a real person who happens to put on this weird armour,” producer John Peters has said. “A guy who’s funny and scary. Keaton’s both. He’s got that explosive, insane side.”

Other Hollywood actors that were rumoured to be in the running for the Batman:

“Batman is not a very interesting character. For any actor. There is simply not much to play,” the director said last year. “I think Michael Keaton did it the best, and I wish good luck to Ben Affleck. But, you know who would have made a great Batman? Alec Baldwin in the 80s.”