Yesterday, we brought you several photos of Henry Cavill in a black robe that mostly covered up his costume on the set of Batman v Superman: Dawn of Justice. Today, we have an even better shot, courtesy of MTV. Henry teaches us that robes can fall open before midnight and we are given a solid look at the suit from the front angle. Stay tuned to DKN for continuing coverage. 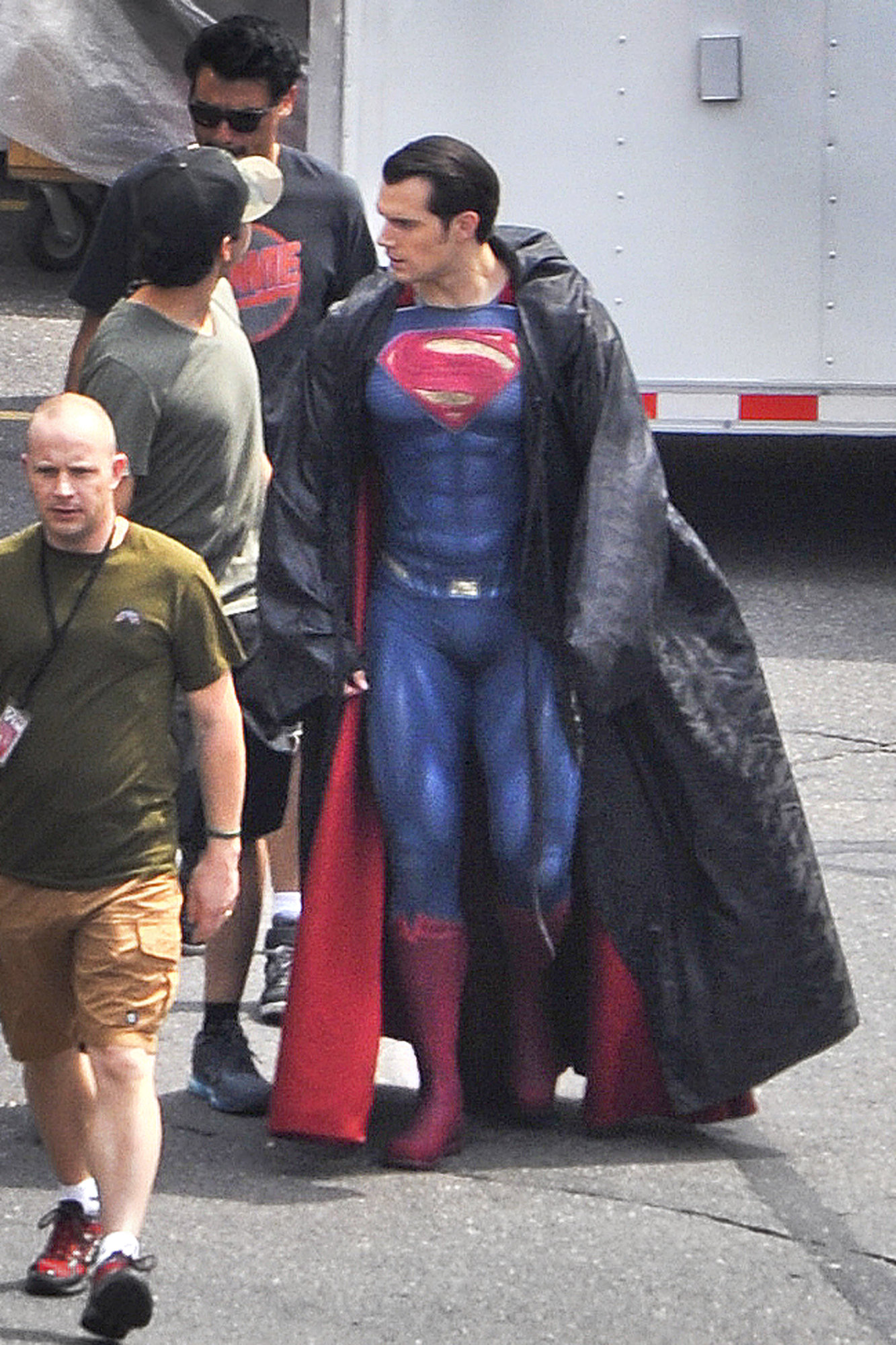