Synopsis: Jason Bard and Batman are forced to help Killer Croc when his followers are attacked by demonic monsters from The Black Maze! 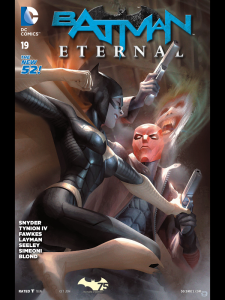 Alex Garner, PLEASE continue doing the covers for Batman:Eternal! They are awesome (see above, again). This cover clearly focuses on the main point of this issue too: Batgirl. 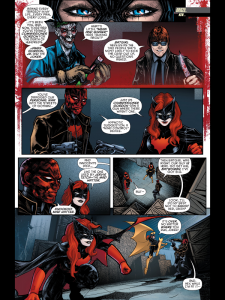 Batgirl vs. Red Hood. It gets nasty. Though this is the main “part” of this week’s issue, it didn’t bother me in the slightest. I actually enjoyed the struggle of Batgirl, Red Hood and Batwoman… as it also fed into what “may” have happened with Gordon clear back in issue #1. While they are fighting… 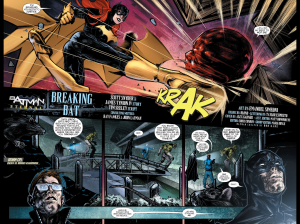 Batman, Bard and Killer Croc (you read that right), team up to see what’s really going on underground. It’s creepy, cool and leaves me wanting more. 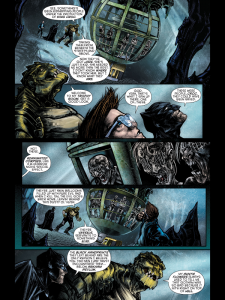 This issue gets a lot right, but it hards to sum up week after week the little pieces that are slowly coming together. Some of it is working (Batgirl vs. Red Hood), some of it isn’t (Red Robin and Harper Row) but overall, Eternal is establishing itself as a reliable weekly title.