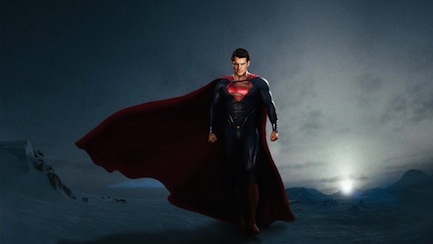 Recently, Zack Snyder, Director of Batman vs. Superman, spoke with Forbes about the portrayal of violence in his Superman films, and communicated that Superman’s rules, as presented in the films, may differ from the rules as they are presented in the comics; due to this difference, in conjunction with Snyder’s desire to evoke the reality of the consequences of violence in real life, Snyder’s Superman seeks to “reflect the world we live in now,” by way of making some violent decisions that have consequences that affect the character and/or plot (i.e. Superman killing General Zod for the purpose of preserving humanity). 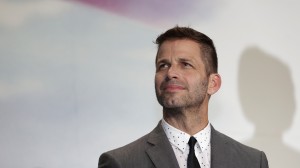 “If you really analyze the comic book version of Superman, he’s killed, he’s done all the things- I guess the rules that people associate with Superman in the movie world are not the rules that really apply to him in the comic book world, because those rules are different. He’s done all the things and more that we’ve shown him doing, right? It’s just funny to see people really taking it personally… because I made him real, you know, I made him feel, or made consequences [in] the world. I felt like, it was the same thing in Watchmen. We really wanted to show it wasn’t just like they thought, like the PG-13 version where everyone just gets up and they’re fine. I really wanted to show the violence is real, people get killed or get hurt, and it’s not fun or funny. And I guess for me, it was like I wanted a hero in Superman that was a real hero and sort of reflected the world we live in now.”

Film media has a tendency to follow the times, or rather, to remain concurrent with particular contemporary events, mindsets, beliefs, and ideals; however, this does not devalue Snyder’s interpretation of the Superman character, but rather, his Superman can be seen as evolved, in the sense that, just like in life, if something particularly violent or bad happens, people don’t simply “just get up and they’re fine.”

Additionally, many youths will certainly watch this film, and because of this, the concept of realistic/attempted-realist violence in superhero films is extremely important because kids are like sponges when they’re young and growing.  If they’re going to sit and watch superhero films, perhaps it might be a good thing to see violence with consequences, not to glorify violence, but to help them realize that if you, for example, stab someone through the ribs, he or she might not be able to fly a Bat-plane ten minutes later.  In fact, he or she might die.  What I mean to say is this: perhaps and hopefully, if kids grow up understanding the reality of violence and its unpleasant consequences, they may be less likely to commit horrendous acts of murder — although, this potentially may not be conclusive.

I’m not sure that such issues are always considered when films or entertainment media are created, but I can safely assume that Snyder may consider such issues, based on the light he shed on Superman.  Regardless, films are not merely to blame as catalytic factors in violent societal atrocities.  One must consider parenting methods, mental faculties and health, education, environmental factors, suffering endured, and other data that contributes to a person’s moral compass; however, oftentimes we can’t explain simply why something terrible happens.  Regardless, on a different note, we look forward to watching some well-written characters, some of whom have moral compasses!

Superheros are great.  They can incite discussion, argument, enjoyment, catharsis, and even happiness in the comic or film appreciator.

Who’s excited for Batman vs. Superman?