Appropriately, MTV sat down with Batman:Eternal writer (one of the four) Scott Snyder on the day of release of the first issue (read our review here). Snyder opened up about the series, revealing why they started with a striking first page, what their goal for the title is and where it’s headed.

SPOILER ALERT: Only read the article after you’ve read issue #1. 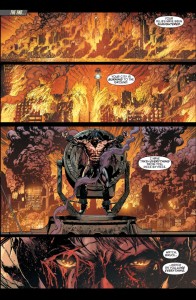 We really wanted to immediately announce the scope, the stakes and the consequences of the story we wanted to tell over the course of this year. Without giving too much away, who’s talking to Batman or anything like that: all of this is real. There’s no dream, the city really is going to be in that much jeopardy throughout the series.

If you could imagine a plot, and a plan of that level against Batman and his allies that unfolds over the course of literally 50 plus issues, double everything I’ve written on “Batman,” it gives you a sense of the scope and the breadth of the story.

That was the purpose for me and James Tynion, getting involved and creating a spine for the whole thing. The only reason to do the project was if we had a story that was big enough that we could only do it in 50 issues, and have questions that justify the sheer volume of pages. 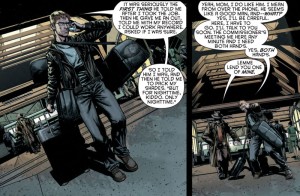 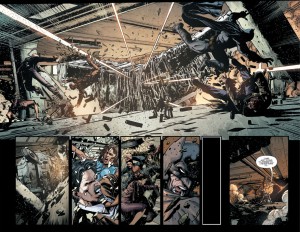 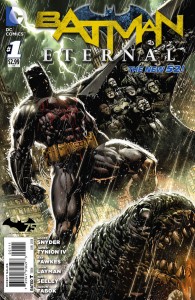