WB Stands Its Ground For ‘Batman vs. Superman’ Release Date 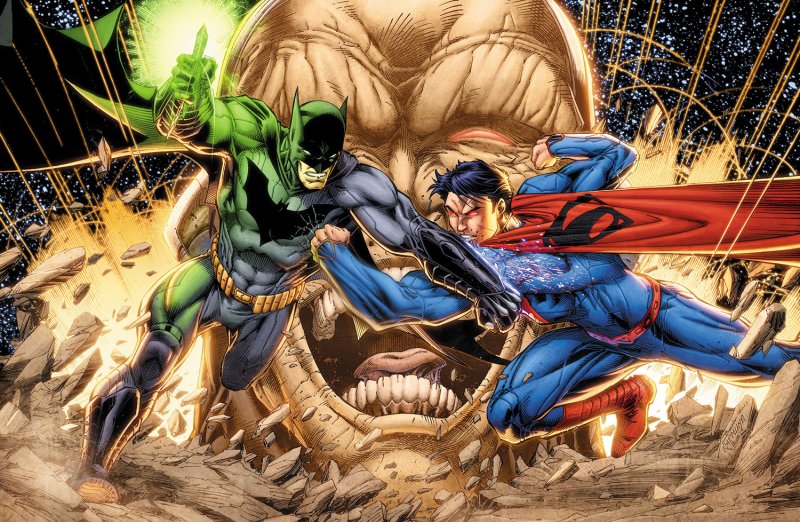 Following a highly successful opening weekend for Captain America: The Winter Soldier, Marvel Studios confirmed that Captain America 3 (working title) will open May 6, 2016 in American cinemas. You no doubt remember that WB moved the theatrical release date for the yet-to-be-titled Batman/ Superman movie to that very weekend several months ago. Despite what unconfirmed reports have come from a Brazilian outlet, that date has not changed.

“It doesn’t make a lot of sense for two huge superhero films to open on the same date but there is a lot of time between now and 5/6/16,” said Dan Fellman, president of domestic distribution for Warner Bros. in Burbank, California. “However at this time, we are not considering a change of date for ‘Batman vs. Superman.’”

It’s likely that one studio will blink, but that’s still up in the air. It could be Marvel. They could keep the date for the time being to boost ticket sales for The Winter Soldier because it sends a message that they are so confident in the next installment that it must say something about the current product, right? It’s my favorite Marvel Studios film to date and Cap is one of my favorite Marvel heroes, but let’s be honest here: he doesn’t make Batman money. No matter where your loyalties may be, you have to come to grips that some characters are more popular than others. I myself like both publishers, but prefer DC. I don’t think Captain America would make more money than Batman (let alone his first live action team up with Superman and Wonder Woman), any more than I do that The Flash would make more than Iron Man. Granted, a film’s gross doesn’t reflect its quality, but ticket sales are vital to a franchise’s future.

If one studio does indeed change the date for their respective film, I believe that it must be pushed by an entire month in order to perform to its financial potential. If by some chance they both open on May 6, 2016, I plan to see Batman vs. Superman on Friday and Captain America 3 on Saturday.