DC To Resurrect SHADOW OF THE BAT? 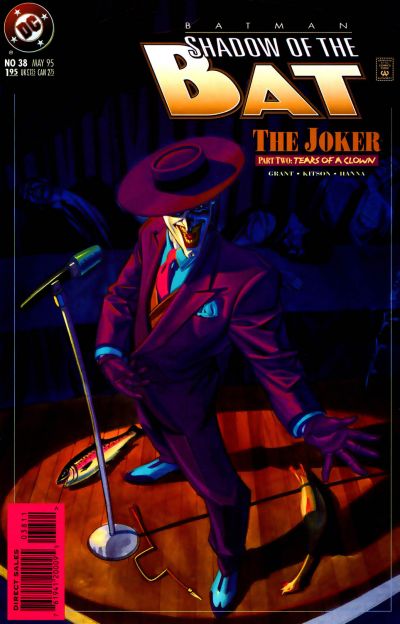 The folks at Bleeding Cool have learned that DC Comics attorney Megan L. Martin has registered a trademark for “Shadow of the Bat”. Here’s what that entails:

Shadow of the Bat was a title that ran from 1992-2000 and focused on the psychological aspects of Batman and his villains and introduced characters like Mr. Zsasz. Alan Grant handled writing duties for much of the title’s lifespan and Bleeding Cool claims that DC is considering hiring him back as a creator. Whether or not he works on this title specifically remains to be seen.

With Batman: The Dark Knight coming to an end in March, it doesn’t surprise me that another Batman title might take its place in the near future. But with over a dozen books already featuring the character as the lead or starring one of his supporting characters (not to mention team up books) and a weekly title beginning in April in the form of Batman Eternal, do we really need yet another Batman title? I’ll probably give it a chance if I have the extra cash, but therein lies the problem: our wallets are being stretched thin enough as it is.

Also, some of you may be thinking this trademark may have been registered for a film title. That’s not the case. It was registered specifically by DC COMICS, not WARNER BROS. STUDIOS. Those are two completely separate divisions.