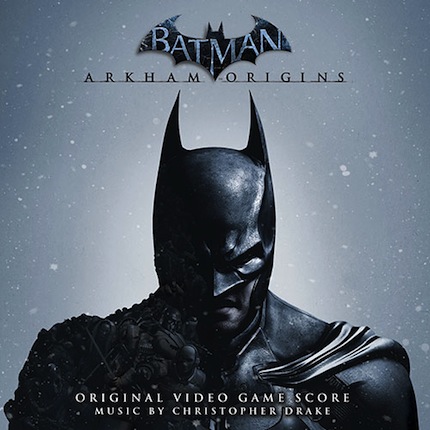 Arkham Origins may not have impressed everyone across the boards, but indubitably, the title does retain some redeeming features, including, but not limited to Christopher Drake’s pulse-pounding score, which serves not only as a fantastic and cinematic accompaniment to a video game, but also triumphs as a body of music to be enjoyed on its own, sans video game experience. Christopher Drake’s Arkham Origins score features adrenaline-fueled cinematic musical themes and cues, all of which complement both the game’s high-octane free-flow combat and perhaps even young Batman’s psyche as a a tortured newbie-vigilante.

Regarding the nature of the score, Drake said:

[The game] is set roughly around year two [after] Batman donning the cape. As such, this Batman is younger, not quite as refined in skill, and hasn’t got a handle on harnessing the anger and vengeance.  Our game director, Eric Holmes, wanted the music to reflect this…My score represents a younger Batman, faster, rough around the edges and violent. The music progresses from the beginning of the game as more electronic to more traditional orchestral toward the end as Batman needs to learn and earn the title of “World’s Greatest Detective.”

Indeed, Drake’s score represents a younger, more aggressive, and perhaps more testosterone-fueled vision of Batman, particularly through means of Drake’s implementation of pulse-pounding drums, atonal disharmony, syncopated string-instrument accents, and more.  Also, the score seems to derive some influence from the likes of Hans Zimmer (i.e. The Dark Knight Trilogy) and perhaps even a light sprinkle of non-quirky Elliot Goldenthal (i.e. Batman Forever); however, Drake’s score succeeds as its own realized work of art that fits comfortably with the rest of Batman’s numerous musical incarnations.

Some outstanding tracks include:

As for Chris Drake’s favorite tracks:

I think “Assassins” is a fun track that captures the high intensity of what Batman is up against in this game. “Firefly” was a lot of fun to hear the orchestra play, “Killer Croc” has this brutal Stravinsky “Rite of Spring” vibe to it, and if you listen there are some weird alligator/croc hissing sounds that we processed through electronic fx that are mixed into that track. “Copperhead” is straight up horror, nightmare music, which I enjoy writing. And I really loved making “dark” and creepy Christmas-themed music. 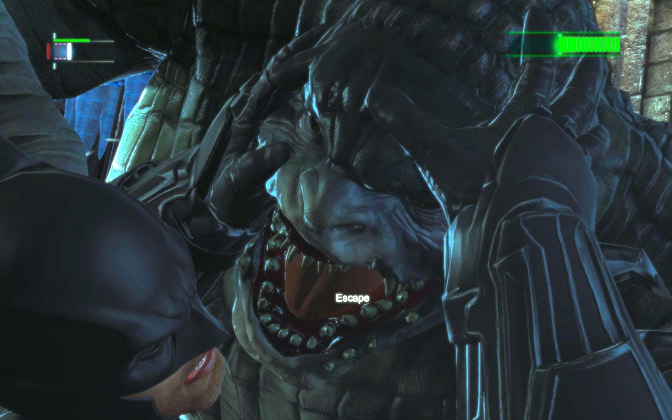 Overall, if you are a Batman fan (which you probably are), then you should procure this score, regardless of whether or not you have played the game.

Survey Shows Batman Is Most Popular Among CMBs