Michael Keaton reveals the struggle with the 1989 Batsuit 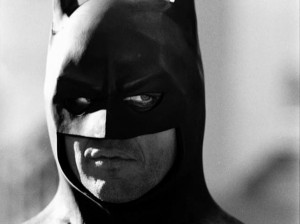 With the upcoming release of the film Robocop, Michael Keaton (one of the main stars) was talking about how difficult it was to portray Batman in the original 1989 motion picture with “that Batsuit”.

Keaton goes into detail talking about how the batsuit at the time completely wrapped his body making it incredibly difficult to physically become the Batman. He goes on to let the press know how extremely claustrophobic he was and still is, so being controlled and constrained by such a physical creation like that was something to overcome. The answer to the challenge  of becoming the Batman was the personal fight, mental battle, and constraints of the suit all bundled together. He used those challenges and made it work in his favour bringing the Dark Knight to life on-screen. The challenge was more around figuring out how to become Bruce Wayne.

“When I did the first Batman I made a joke, but I was serious,” said Keaton “I just worked the suit. I made that suit work for me. I’m very claustrophobic, and we didn’t know that the suit was going to work at all until literally hours before we were going to start shooting the suit…In fact, it didn’t totally work. The first time I had to react to something the thing stuck to my face and there’s a giant hole!” 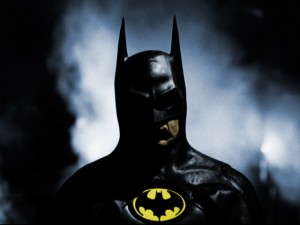 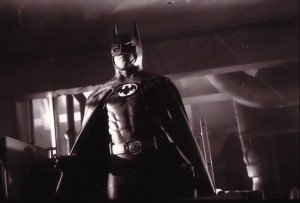 “I started having panic attacks,” he continued “so I thought ‘I don’t know how I’m going to do this.’ And then it hit me: This is perfect, this is designed for this kind of really unusual dude, the Bruce Wayne guy that has this other personality that’s really dark, and really alone and really kind of depressed. This is it. You just take all that stuff the suit was giving me and say ‘Oh, I got it! I know exactly how to do this now.”

Ben Affleck rumoured to start on Batman vs Superman Immediately.

Exclusive: Legends of the Knight Director Brett Culp Interview, Talks Batman and the Human Potential to Do Great Things