Batman vs Superman release delayed until 2016 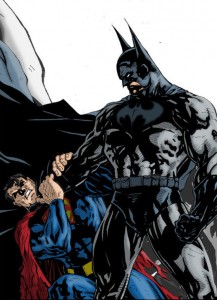 A few hours ago we reported that the Batman vs Superman movie may be delayed due to an injury sustained by the new Dark Knight Ben Affleck. Now we have official confirmation that the Warner Brothers blockbuster has unfortunately been pushed out to a 2016 release. May 6, 2016 to be precise.

As much as we all want to see the Man of Steel and the Dark Knight share the big screen, they are making way for a Peter Pan movie which will take its release date. Peter Pan is being directed by Joe Wright, and his film’s release was announced by Warner Brothers on Friday.

What may happen now is an all out epic clash between Marvel and DC with an untitled Marvel movie set for release on the same date. May has been a regular release window for Marvel movies ever since Columbia released Spiderman in 2002, X2, the X-Men sequel from Fox. All the Iron Man movies including Thor have been released in May as well.

It looks like that WB are now looking at taking some of the revenue during that time with production being pushed out to the second quarter.

“We are happy to take advantage of these coveted summer dates, which are perfect for two of our biggest tentpole releases,” Warner Bros. president of domestic distribution Dan Fellman said in a statement. “We share the fans’ excitement to see DC Comics’ most popular figures, Superman and Batman, together on the big screen for the first time, which will now be arriving in theatres in May 2016.  Peter Pan has delighted people of every generation for more than a century, so we are thrilled to bring him back to the screen next summer for today’s moviegoers.”

The Batman vs Superman film is the sequel to the Man of Steel blockbuster that grossed over $668 Million world-wide and rebooted the Superman franchise at the same time.

“We know that there is already great anticipation building for the next super hero film from Zack Snyder, and we are equally eager to see what he has in store for Superman and Batman as they share the big screen for the first time ever,” Warners president of international distribution Veronika Kwan Vandenberg added in a statement. “The summer release corridor is also perfect for Joe Wright’s ambitious new Peter Pan adventure, reimagining the ageless story of the beloved and forever-young hero for audiences worldwide.”

Peter Pan stars Hugh Jackman and who would have thought that he would have knocked both the Man of Steel and the Dark Knight off their perch!