Exclusive: Our Own Ben Affleck as Batman Concept Art

Everyone is talking about Batman vs. Superman (or Man of Steel 2). Controversial casting choices (Ben Affleck as Batman, Gal Gadot as Wonder Woman), complaints of too many characters, who are the villains, is this just a Justice League movie, rampant and speculative rumors being reported as facts, etc. Of all the chatter surrounding DC’s first real attempt at laying the ground work for a Justice League movie, the one that’s captured my imagination has been talk on the costume that Ben Affleck will wear.
As fans, we’ve heard rumors of suits ranging from the armored look of Dark Knight Returns or Kingdom Come, something closer in tone to Jim Lee’s New 52 design, to a Lee Bermejo inspired costume (from the graphic novels Joker and Noel). Artists on websites like deviant art, have given us their take on what Batfleck will look like on-screen next to Superman. DKN has posted several of these on the site, our Facebook page, twitter and our tumblr blog. I figured it was about time for us to offer our own take on the future appearance of the big-screen Dark Knight.
Based purely on speculation and my hope that we’ll get a costume that’s functional and truer to the comic books, I give you my rendition of Ben Affleck as Batman: 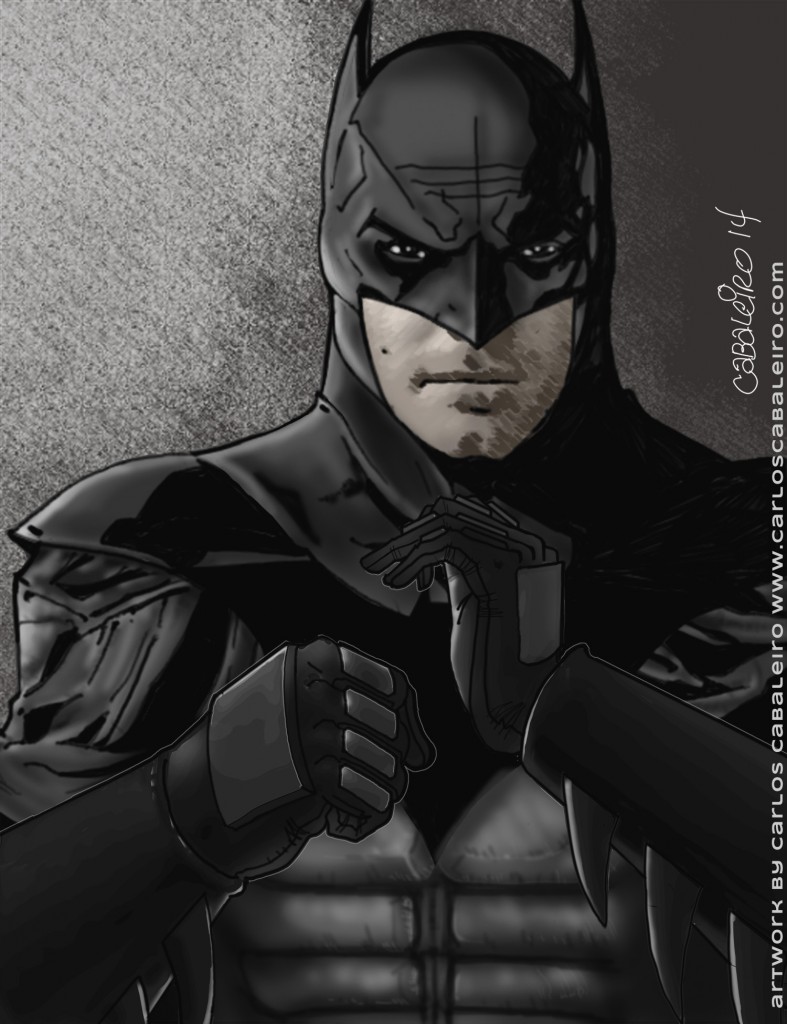 I like the idea of the Bermejo suit design, especially after unlocking the costume in the video game, Batman: Arkham Origins. While my absolute favorite “real world” design is probably the one in the game itself, the Noel design captures the palette and enough of the armored tactical look while still feeling very much like the comic book. This piece is just a smaller part of a triptych image featuring the DCU cinematic Trinity (Cavil, Gadot and Affleck) that I am working on. Hopefully, I’ll be able to debut that here on DKN.com later this month before principal photography of the film begins in February.
Please visit my website www.carloscabaleiro.com or follow me on twitter (CabaleiroArt) and Facebook (facebook.com/theartofcarloscabaleiro).

Amy Adams Has Read the Batman vs. Superman Script