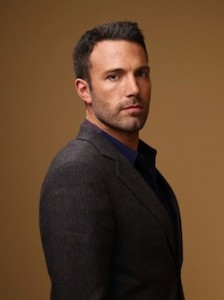 Batman. The Dark Knight. Suiting up and playing one of the most popular fictional characters in film would be a dream come true for plenty of actors. It would also be an intimidating prospect that carries so much weight and expectation that a good portion of actors would have a very good reason to turn such an opportunity down. We have seen a host of actors who have portrayed the Dark Knight, some in which have been critically acclaimed and others who have been dragged through the depths of hell for unpopular perceptions of the character. The most recent actor who has been given the job to suit up and strike fear in those who pray on the innocent is Ben Affleck. This decision has dominated the opinions of both hollywood and the fans, and will continue to be debated until we line up to purchase our cinema ticket to see Batman on the same screen as Superman in 2015.

Earlier in 2013 at the San Francisco Comic-Con expo we experienced one announcement that overshadowed everything else at the event. Zack Snyder walked up on stage and told us that there would be a sequel to the Man of Steel. When this happened I personally remember thinking, “thats cool, should be good”. The news that promptly followed this announcement was what made me freeze and cause a chill down the back of my spine. We saw the man of Steel Logo appear….over the iconic Batman Logo. It was at this stage we knew that the two biggest and most popular superheroes of our time will be together on the big screen. Almost immediately after this, world debate erupted over the internet on who would be playing Batman. Fans took to forums and websites talking about how Christian Bale should be Batman again but that didn’t last long with Bale coming out saying he wouldn’t be playing the character any longer. Rumours swarmed the internet with potential candidates like Ryan Gosling and Josh Brolin to name a few. Then the announcement was made that Ben Affleck had been chosen, it was as if for a moment in time everybody on the internet just paused.

Fans from all over the world took to the internet to express their distaste for the decision, people couldn’t believe that an actor like Affleck who hadn’t been mentioned at all when the rumour mill was in full spin had been chosen to play Bruce Wayne/Batman. I remember the day I found out, I was offsite with work colleagues in an external workshop and my phone buzzed. I had a sms from my uncle who is a huge Batman fan. The message read, “Guess who is going to play Batman, Ben Affleck. They will regret this”. I couldn’t believe what i was reading. I had to step out of the room and call my uncle to make sure he wasn’t having fun at my expense. Yes, I was one of the fans who dammed the decision and demanded a re-cast of someone who could play the character. Ben Affleck is 41 years old and has been on the big screen for 20 years. He has been applauded in that time for his work both in-front and most recently behind the camera. In saying that though, can he portray a broken Bruce Wayne who at night dresses up like a Bat and takes to the streets to seek Justice?

Some statistics for you: 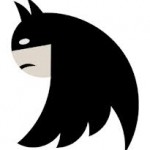 Within an hour of the casting announcement, 100,000 tweets were sent out of which 71 percent were negative. 14 percent had mixed feelings. The backlash erupted to the point where online petitions started, I received one in particular from friends with more than 90,000 people demanding the role be re-cast (change.org). Feedback was given saying Ben could never portray Bruce Wayne, he wasn’t intimidating enough to be “Batman”, and he could never do the role justice. Public opinion went as far as feedback being posted on the White House website, but it was quickly taken down.

I spent a lot of time reading the feedback that fans expressed over the internet and one of the common trends people where talking about was Ben’s comic book movie Daredevil in 2003. Due to this being the only comic book film Ben had done (a decade ago) and it being torn apart by the critics at the time fans used this as the catalyst for, “He could never be Batman”. The film took 180 Million at the box office which is far from a flop and Ben’s individual performance was mentioned as one of the movie’s better points. The point of release of the film also coincided when Ben was seeing Jennifer Lopez. We all remember “Bennifer”, at the time they were the biggest Hollywood couple and the cameras followed them everywhere. They where in front of most magazines, on the news, internet, everywhere. People assumed that Ben loved being in front of the camera and wanted to be followed around.This was far from the truth. It didn’t sit well with him at the time and everything came to a grinding halt for the couple when their wedding was called off. The reason for the split was the “intense media attention”.

Since then both have moved on, Ben married Jennifer Garner and the couple have had 3 children. However the “Bennifer” days do still haunt the actor and even though there was a mountain of criticism about his casting for the role of Batman there have been some big Hollywood players who have backed Ben to get the job done. Zac Snyder is definitely one of the main players who had a big influence in the decision to get Ben on board. “ Ben provides an interesting counter balance to Henry (Cavill)’s Superman. He has the acting chops to create a layered portrayal of man who is older and wiser than Clark Kent, and bears the scars of a seasoned crime fighter, but retain the charm that of the world sees in billionaire Bruce Wayne. I can’t wait to work with him.”

Its been made apparent that other directors who move in comic book circles in Hollywood have thrown their hat in the ring to support the casting. The Avengers director and creator of TV shows Buffy the Vampire Slayer and Firefly Joss Whedon had no problem with publicly making their unpopular opinion known tweeting, “Affleck’ll crush it. He’s got the chops, he’s got the chin – just needs the material”. Kevin Smith also came out publicly (actor, director, screen writer, and comic book writer famous for his low-budget comedy Clerks in which he also starred as the character Silent Bob. Kevin Smith and Ben Affleck have been good friends for a long time and have worked together dating back to 1995’s Mallrats. When the criticism of Ben’s casting was at its peak it was Kevin Smith who let it known that Ben Affleck took the role of Daredevil when the opportunity arose because he had always been a life long Batman fan and that movie was the closest opportunity he would even get to play a role that was similar to Batman. Little did Ben know that a decade later we could be cast the Dark Knight himself. Kevin said, “This dude has loved Batman going as far back as I can remember. He only did f*cking Daredevil because he loved Frank Miller’s Dark Knight Returns’. He’s like, ‘They’re never going to make another Batman,’ because this was after Batman had nipples and sh*t like that”. So he was like, ‘Daredevil’s cool and Miller wrote him as well. ‘So he liked the character, but it was always rooted in Batman’. “He’s always been into the notion. He’ll honour the character, I honestly think the dudes a great actor. It makes absolute sense.” 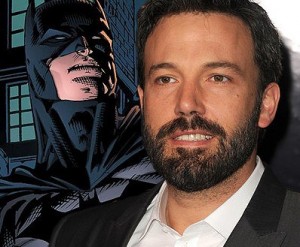 Adding to Ben Affleck’s corner (on top of the heavyweight support) is his ability bring in the dollars at the box office, this would have been a factor in the decision-making process for Warner Brothers. His last two bigger films, 2010’s The Town and Oscar-winning  Argo almost grabbed US$400 Million internationally. In total over the last 16 years Affleck has brought in more than $2.5 Billion world-wide. No studio in Hollywood would skim past these figures, and lets face it this next Man of Steel sequel which will feature both Superman and Batman is the next big-ticket for Warner Brothers.

Even with all this, there are fans out there that choose to look past all this and have a narrow focus on the party loving dude “theme” he played in his early movies. Notably the role he played in the film “Good Will Hunting” with best friend Mat Damon. It is in this film that Ben Affleck played a loud and boisterous best friend in Chuckie Sullivan who pushes Will (Damon) to use his genius to create a better life. The success of the film created a parallel universe for both Ben and Matt where the public used their on-screen character portrayals as a bench mark to judge them in real life. Ben Affleck was only 25 when he and Matt Damon won “Best original Screen Play” and it was this award that placed them both at the top of the mountain. Hollywood turned its head and started to take notice.

Ben Affleck climbed the mountain with his work on Good Will Hunting, and fell to the bottom of that mountain with the likes of Gigli and Daredevil. He went from being one of the biggest Hollywood names to one of the most dammed actors in the business. He then made a conscious decision to step out of the spot light, out of the front of the camera and behind it. It’s this decision that proved most fruitful in resurrecting his career. His first two films that he made in “Gone Baby Gone, and The Town” were solid and both received good reviews. Affleck put himself back into Oscar contention with his work on the film “Argo” based on a true story back in 1979 of how the CIA setup a fake movie in order to smuggle six Americans out of Iran during the embassy crisis. A host of critics made it known that Affleck should have been in contention and won the “Best Director” oscar. He didn’t get a nomination.

Ben Affleck is a talented actor, writer, director and over the journey of his career the industry has been selective at times in identifying and recognising his talents. He has gone from being a Hollywood A-Lister to a “bottom of the pile” entertainer, and then come back again to be regarded as achieving worldwide acclaim for his work. Considering that he has experienced the downfall and had to come back from nowhere to regain a position of power, that puts him in a solid position to play the persona of an aged, experienced, battle hardened Dark Knight. However the only way we will know for sure is to sit back and wait for the release of what could be one of the biggest superhero films in pop culture history.

89 Batmobile Replica Going Up For Auction