Artwork Inspired by Batman vs. Superman Up for Sale, Proceeds Will Go to We Can Be Heroes Charity

At a recent live streaming event, Man of Steel director, Zack Snyder, revealed some promotional artwork inspired by the upcoming Batman vs. Superman, to be auctioned off for the We Can Be Heroes charity.

Recently, it was announced that Yahoo! was putting together a neat little webcast to feature Man of Steel director Zack Snyder and stars Amy Adams and Henry Cavill (who was available via satellite). There, Snyder and co. addressed many fan concerns about Man of Steel, but provided very little in the way of Batman vs. Superman. As teased by the event’s moderator, Kevin Smith, we did get some artwork involving Batman vs. Superman, unfortunately, it hasn’t been confirmed as concept art. Accordingly, these pieces were simply inspired by the landmark event of these two iconic characters meeting on the big screen in a live-action capacity and doesn’t officially provide a look at the new take on Bats, which is slightly disappointing.

The upside is that these pieces are pretty cool and are currently up for auction on eBay. All the proceeds will go towards DC Comics’ We Can Be Heroes charity. So I suppose if you want some cool Batman vs. Superman-inspired art and are interested in helping out, click this link.

Take a look at the pieces below: 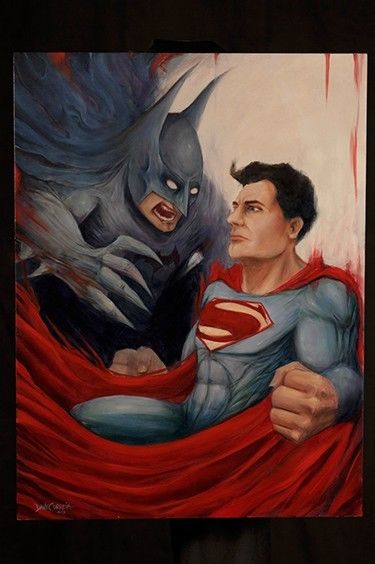 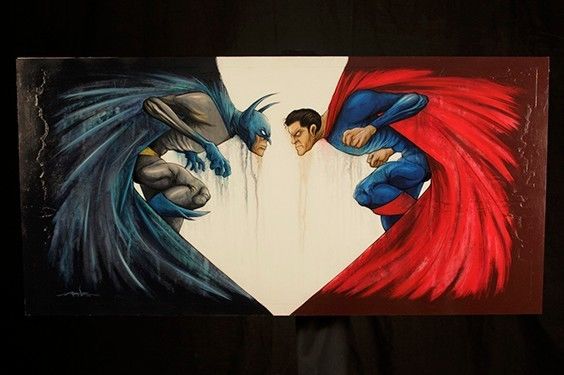 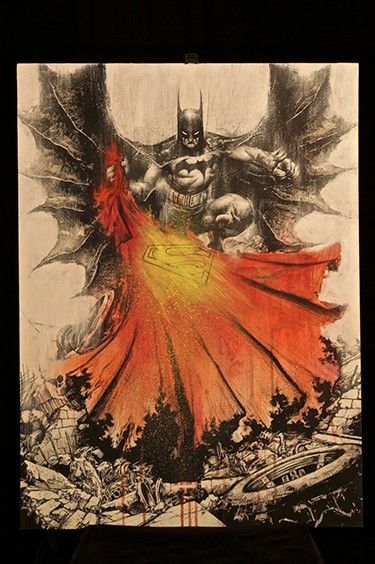 Jonathan Wayshak "We Could Have Changed the World" Acrylic & Ink