Medicom has released image stills of their Hush Batman. Click the jump to see more.

Medicom’s line called “Real Action Heroes” are showing off their “Hush Batman.” Batman: Hush is a favorite among Bat-fans so having a figure to go with the book is just the best thing. Medicom will be releasing  this figure in June 2014 and the figure also stands at 12″. See the image stills below of the figure. 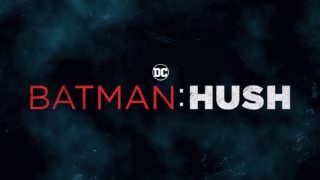