In a move that is becoming all too familiar for DC Nation fans, new episodes of Beware The Batman have been pulled from the Saturday Morning line-up, with reruns airing in their place. 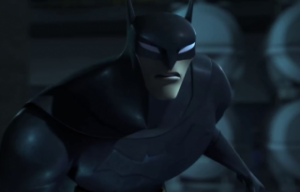 While it has been reported that the show began with lackluster ratings, it seemed like it was beginning to pick up steam.  It’s hard to believe that DC would just outright abandon the show, especially having just completed the Happy Meal toys promotion, as well having plans to launch an all-ages comic series based around the show.

Yet, all this rings very familiar.  It seems that, for now, fans of the show will just have to wait and see, until then, what do you think?  Will this move lead to the same frustration that viewers had with Young Justice, causing them to drop and leading to the shows cancellation?