Nolanverse TV Series In The Works? 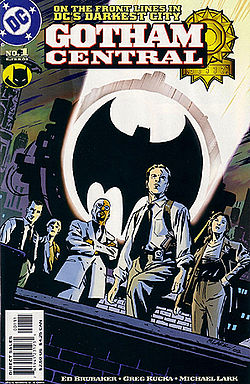 Please for the love of Hera let this be true!  But as always take this rumor with a dash of salt, yum.  The latest in not letting go of The Dark Knight Trilogy is that there is a Gotham PD television show in the works.  That’s pretty much all thats known about the supposed show other than it would take place between TDK and Rises and would showcase Gotham’s Finest going head to head with some of Batman’s rouges gallery, with Batman on the sidelines given his absence. If there is anything that tells me that this might see the light of day, it’s all the talk about what WB and the CW have planned for Arrow and Flash.  If there’s anything that tells me that it won’t is Amazon, the Wonder Woman show that has been put on hold.  Right now WB is playing it safe, but if we get anything else out of this trilogy, it’s this.  what do you guys think?