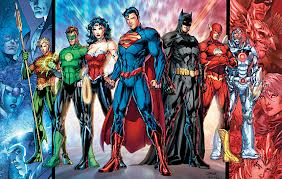 Goyer recently admitted that he and director Zack Snyder definitely considered the DC universe when putting Man of Steel together. Goyer noted that the goal of Man of Steel’s story was unveiling the start of many other superheroes in the DC universe.

David S. Goyer: “It is our intention that, in success, [Man of Steel] would be the zero issue and from this point onward, possible films could expand into a shared universe. In our world, the Man of Steel world, Zack [Snyder] has gone on record saying that we’re implying there are other superheroes in this world. But I don’t know that they’ve come forward yet. The idea is that Superman is the first [superhero] one. There might be people helping people, but not in costumes, and that Superman comes forward and announces himself to the world. In him announcing himself, he’s the one that changes things.”

Although Goyer stated that “there are other superheroes in this world”, he had this to say about our  beloved Dark Knight:

and he also had this to say about the Justice League Movie:

“If I were offered it, I wouldn’t say no, Well, what are you going to do after Batman and Superman? How do you top yourself? I can’t go back to Metamorpho after this.”

I’ll give you a minute to take that all in…

Right now you are probably doing one of two things, either your crying out “Why? Why David? You have written four awesome films why can’t you stick around and write such a good Justice League movie that it makes The Avengers look like Batman & Robin ?!?!”

You are cheering at the top of your lungs “YES! Man of Steel is the perfect starting point for the Justice League and although the brilliant Dark Knight Trilogy won’t be incorporated into this universe, I’m still excited for what Zack Snyder will do for with the new Batman!”

But the one question I have for all this is: If Goyer doesn’t come back, will the mastermind, Christopher Nolan come back?

So, what are you excited or disappointed? Tell us what in the comments below…