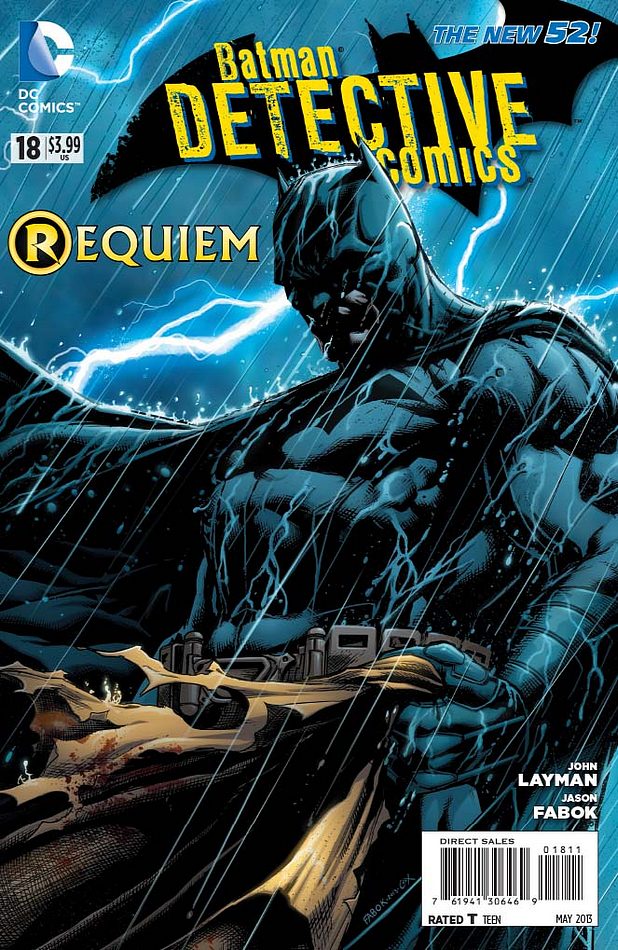 I must say this month could be really interesting to see how the New 52/DCnU is.  DC has established that the Batman history before Flashpoint is intake for the most part, so with that being said, we have seen Bruce’s reaction to Jason Todd’s death in Batman: Death in the Family.  What will Bruce’s response be now that it is his own flesh and blood?  It appears at this point it is not as strong as with Jason’s death, however the Requiem is just starting.  We see that Alfred is trying to help Bruce as he visits the grave, and we get a brief run down of current Batman events including a reference to Batman Inc #8 and Batman Death of the Family.  The story continues with Emperor Penguin/Penguin.  What will Bruce/Batman be like with the death of his son and confronting an old enemy?  Will Bruce be isolated like with Jason’s death, or will we see a new reaction in Damian’s death? 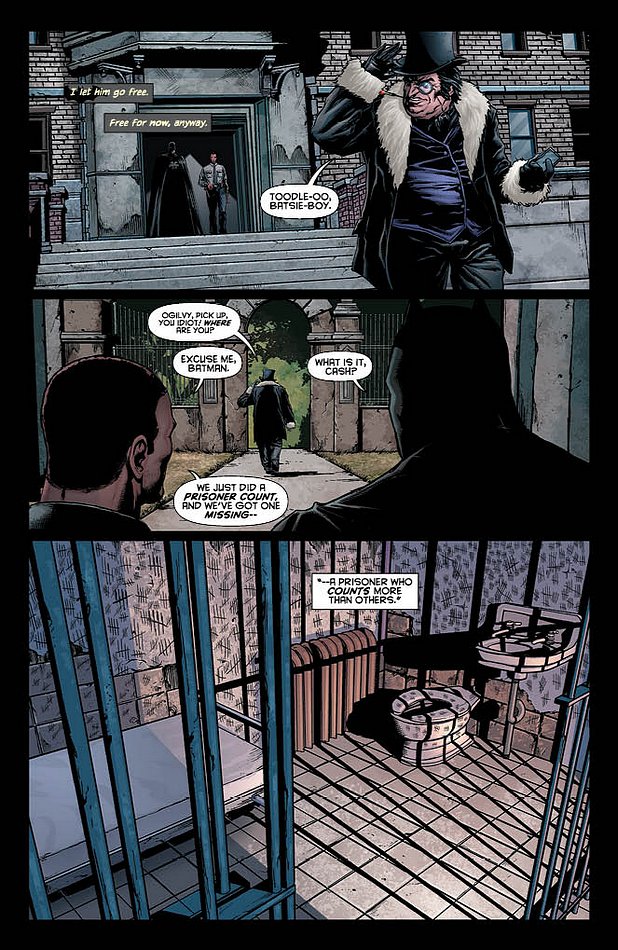 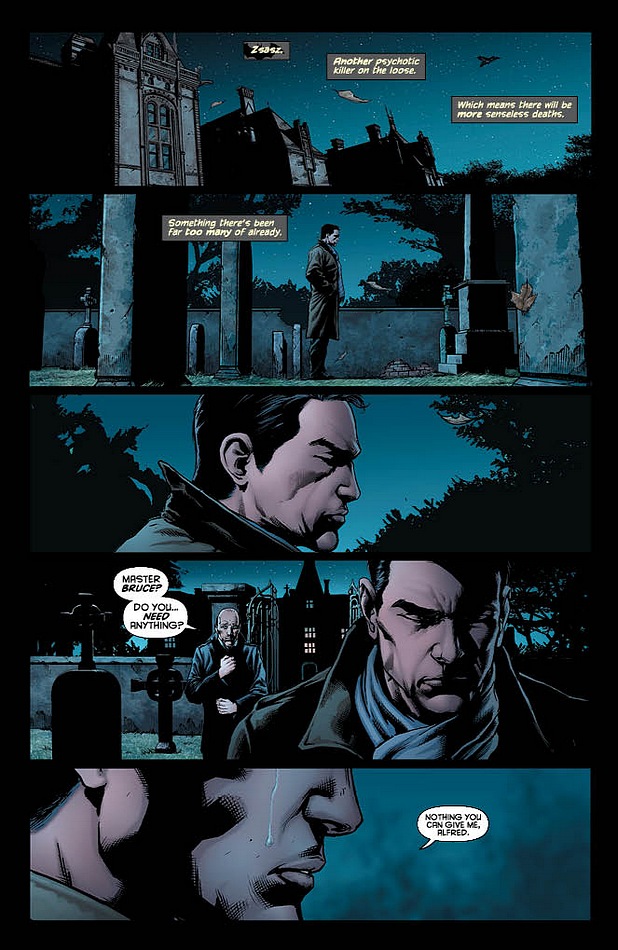 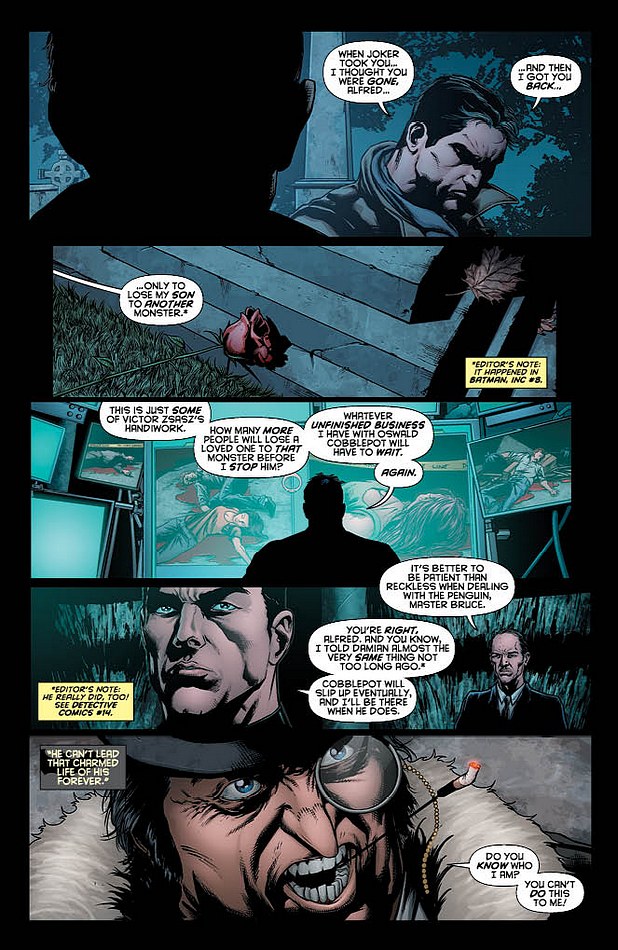 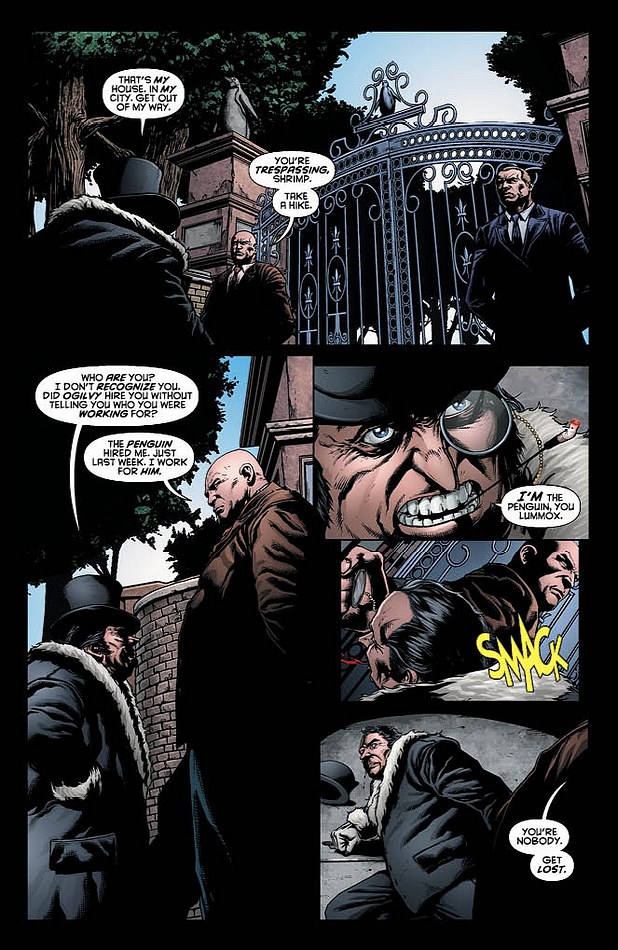 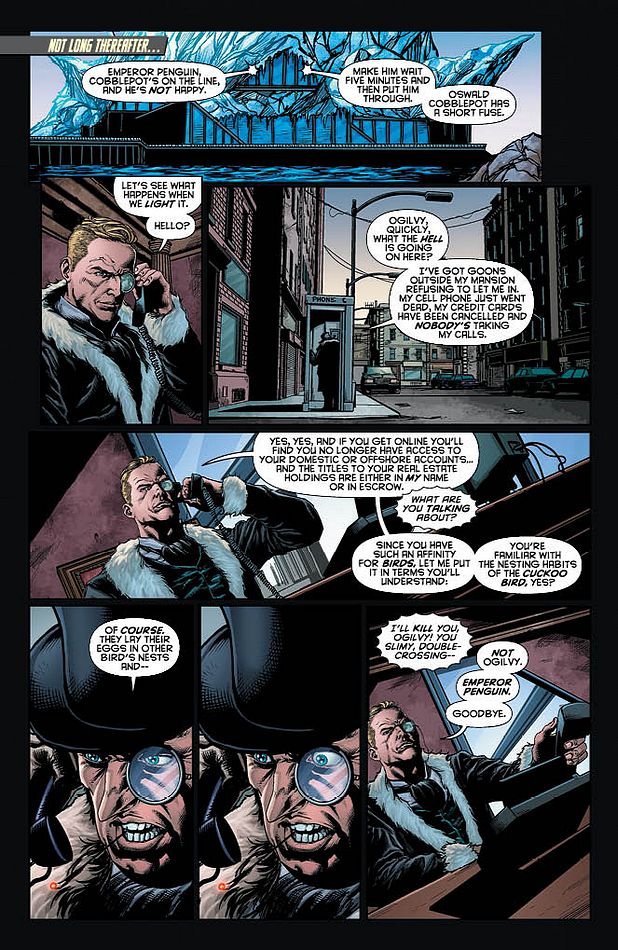