New Batman comic book, Talon, is a spin-off from “Night of the Owls” story arc from Batman. Scott Snyder (writer of Batman) co-wrote with James Tynion IV on the story arc. Now, Tynion is writing solo for Talon. However, when you read Talon #0, you will see that DC Comics has added Scott Snyder’s name to the comic book to the make book popular for marketing purposes. Scott Snyder did not really have a huge hand in this book, so the writing should be accredited to Tynion.

Talon #0 starts off with the character named Calvin Rose, which is a very cool romanticized name. The name just rolls off your tongue so eloquently and the name probably has more meaning to it. Hopefully, Tynion IV will dish out why he named his character, Calvin Rose. Rose grew up abused and learned from his struggles on how to become the best at escaping things. Hence, why he is an escape artist; he is picked to become the next Talon for the Court of Owls. Unlike the other Talons, Rose feels torn between killing innocent people and following the Court. So, already he expresses deep sympathy by which Tynion is creating depth for this character.  Automatically, you feel for Rose and you just can’t help but like him a lot more as Issue #0 continues telling his story. Tynion always has a way of making you like or dislike a character; the power of his writing is beautiful and so honest.

Guillem March who is right now the artist of Talon, has made his mark on the comic book. March’s design for Rose is just cool and rogue-like. Really, we live in a time where being a bad ass is cool and being a rogue is admired. Seriously, March plays up on the gruff and rough by making Rose’s hair shaggy and light chin beard. As for Rose’s Talon costume, March made sure to distinguish him from the other Talons by giving him a white cape as well as making his costume light in general. Usually, the Talons have dark costumes, but not Rose. So, this makes him seem more like a heroic type from the beginning. Throughout the entire comic book, March plays up on the shadows. He hides most of the characters’ eyes with shadows including Rose’s. There is the Talon recruiter whose eyes are beady and the skin around his eyes is shaped like feathers. March really went all out with the art for Talon. There are a few moments where you see Rose’s eyes, and I think those are moments where Rose is truly himself. The shadows covering his eyes is more like he is a drone who is just doing things and doesn’t put any effort into what he is doing. Or it could be that March really likes playing with shadows for eyes. The art direction was superb and there are times where March plays with conventional panels. An example of this would be when Rose had to kill another Talon. Those panels were wonderfully placed and showed so much in one page. Even, the previous panel where the Talon put Rose into the car’s truck, those panels showed a lot of suspense.

Thoroughly enjoyed Talon #0, Tynion has his work cut out for him and March is definitely going to be a favored artist in this comic book unlike Catwoman. At least March will be able to stay away from provocative portrayals of women in Talon.

P.S. The comic books from last week will be reviewed, I just have to sit down and write them up. Yes, they are super late; but I would like to keep up with the current issues right now. So, last week’s comic books will be reviewed this week as well as this week’s. I will also try to make sure that I review any comic book that comes out first 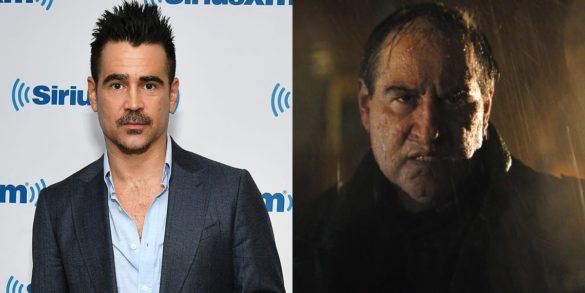 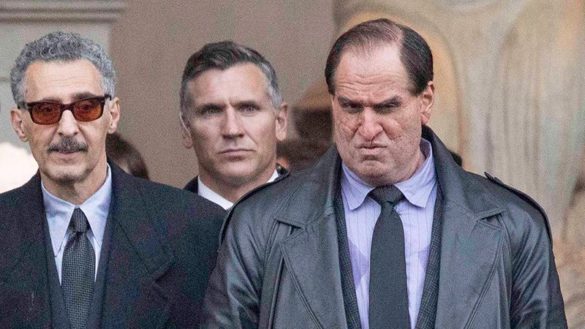 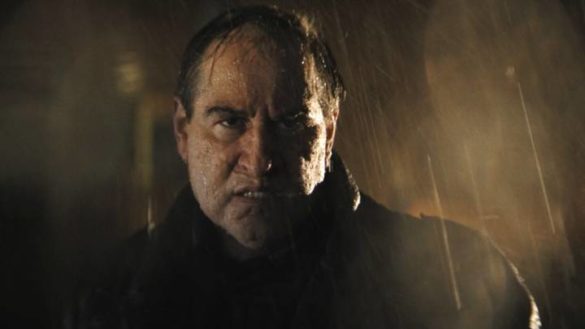 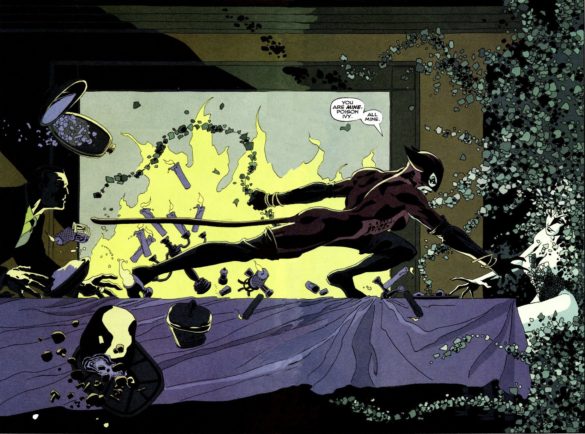 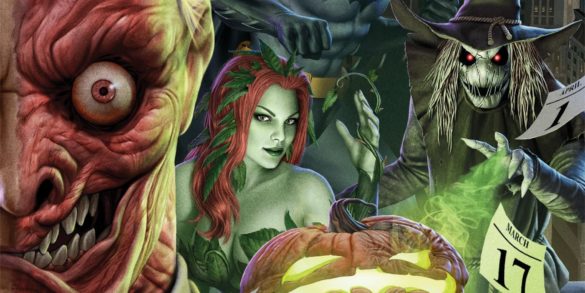