Get into the Christmas spirit with Greg Grunberg and Tiffany Smith as they unwrap some amazing presents with us, on DC Deck The Halls. Using #TeamSuperHeroes and #TeamSuperVillains, the two compete to have the largest pile of presents by the time the show is over by winning games.

Who will win, Heroes, or Villains? As Tiffany says:

One thing that super heroes and super villains can agree on though, is loving presents.

The first amazing present they each get to open, before doing anything else, is a pair of DC Super Heroes vs Super Villains Collection shoes from Reebok. The Harley Quinn ones Tiffany opens are clearly inspired by the 2016 Suicide Squad movie and would make even Harley jealous.

The two then go on to unwrap another pair from the Collection and Greg happily shows is the Superman-inspired ones. Which are not nearly as flashy and blindingly red and blue as I would have expected.

Greg then explains the rules for the show, which are nice and simple. Using a wheel with red, blue, and green sections will determine what games they’ll play and the winner will be given a present to unwrap. Let the mini-games begin! With a giant coin, one side with the Bat Symbol and the other with Catwoman’s symbol, they spin it to decide who will be using the wheel first. Batsy wins.

The first spin lands on a game called ‘The Cat & The Bat’, which Greg explains is similar to tic, tac, toe (AKA Noughts and Crosses, for UK readers). After an intense game, this match goes to the Super-Villains! Tiffany’s first present is a Black Adam Cos Baby from Pop Toys.

The wheel lands on The Cat & The Bat game again, this round is a draw, so they both get to open a present. Greg picks out the biggest box there and gets a Retro Batman 66 Villains Lair Play Set, with McFarlane Target Exclusive toys. Tiffany’s third present is a Jim Lee Batman Collection from Lego.

Sinning the wheel again, it’s time for some DC Trivia. Greg gets his answer right and opens The Batman Remote Control Vehicle from Spinmaster. The next spin lands on Heads Up. Tiffany answers more than three right and opens up a giant Harley Quinn And The Joker from DC Stores. Playing heads up again, Greg gets stuck on Invasion, but manages to earn himself a present, which turns out to be a Funko Pop Deluxe Black Adam On The Throne! Spinning again, and again, they are back to playing some Heads Up. Tiffany unwraps a Harley Quinn and The Joker Cree Neck from the DC Shop.

Stopping the show for a guest appearance, the one and only Kevin Smith, who geeks out about toys and his toy shop, admitting that he’s on the #TeamSuperVillains side and that he has a present for them! This turns out to be an instant win for the heroes, and steal a gift for the villains! Greg is very happy to unwrap the Arkham Asylum Files Mixed Reality Adventure from Infinity Rabbit Holes. Tiffany holds her steal close to her chest and they spin the wheel again. 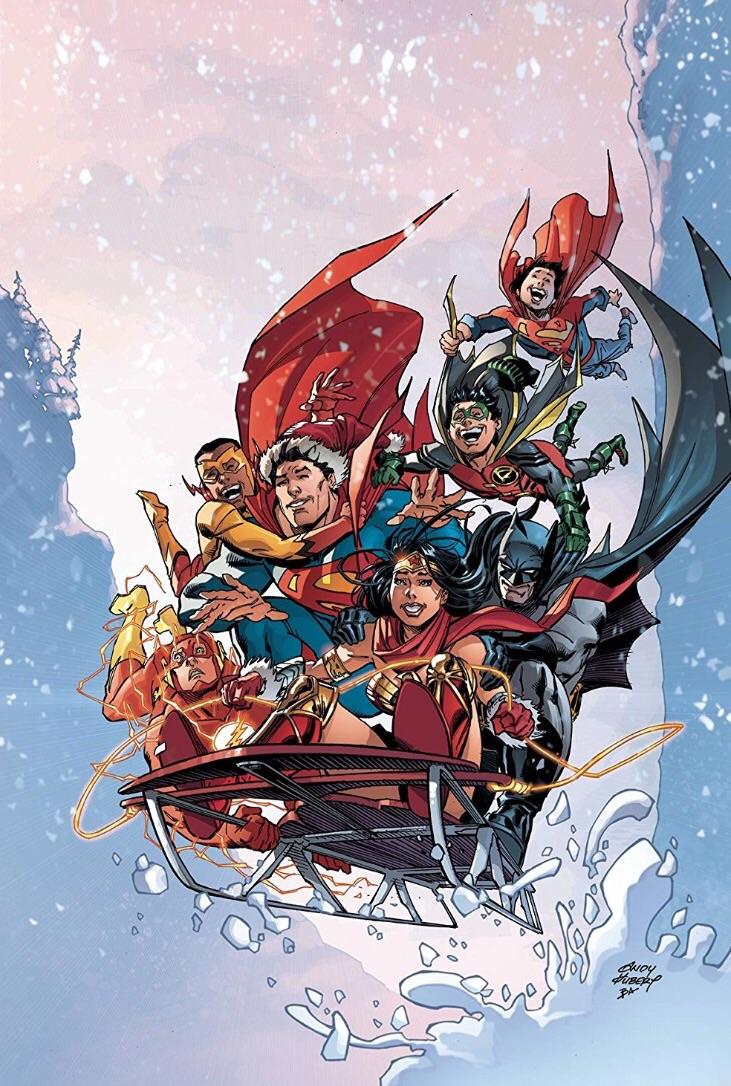 Greg gets his trivia question right and gets The Joker A Diabolical Party Game, also from Spinmaster. And then is very unhappy to have it stolen away by Tiffany! They then play an amazing dress-up game of Thumb Wrestling, Tiffany manages to win and also remembers that she forgot to open a present from her last win. Opening Damien Sunglasses From The Wayne Enterprises X Uncrate X Collection, and The Joker And Harley Quinn Cosrider by Hot Toys.

Upping the stakes, each win is worth two presents for the rest of the game and Greg got his trivia question right. Opening Batman Returns One Christmas Eve and a Batarang Prop Replica. Tiffany also wins her trivia question and gets a Superman’s Supermobile from McFarlane Walmart Exclusive, and a Sabbac Mega Figure, also by McFarlane.

With that, the games are over with Greg earning nine presents, and Tiffany taking it home for the villains with a whopping eleven! #TeamSuperVillains for the win! To end the show, they both play one more game for a giant present that turns out to be a 12-volt Batman Batmobile Battery Powered Ride-on from Ballard Pacific!

We wish you all as great a Christmas as  Tiffany and Grey just had on DC Deck The Halls. If you want to get yourself, and maybe other people too, anything they unwrapped, you can find it at DC Stores!