Sideshow and Ikon Design Studio are proud to announce that not one, not two, but THREE Batarang Replicas have been added to their line of officially licensed DC merchandise!

Every ‘Through the Ages’ Replica includes its own stand, and they can all be stacked atop one another to create the Wayne Enterprises tower. Each Batarang Replicas is sold separately and is made out of metal.

Batman’s Batarangs are a huge part of his history, not just because they’re his symbol, or because he’s made them into literal flying weapons. So that the bad guys don’t know why they’re suddenly hurting a lot, they can look down and instantly figure it out.

It’s also not just because the word ‘Batarang’ was created for this small deadly projectile, and it makes hearing ‘boomerang’ sound rather boring in comparison now. It’s because his little metal bats are his most used and known weapon, even if they aren’t as meme-worthy as his Shark-Repellent Bat Spray. 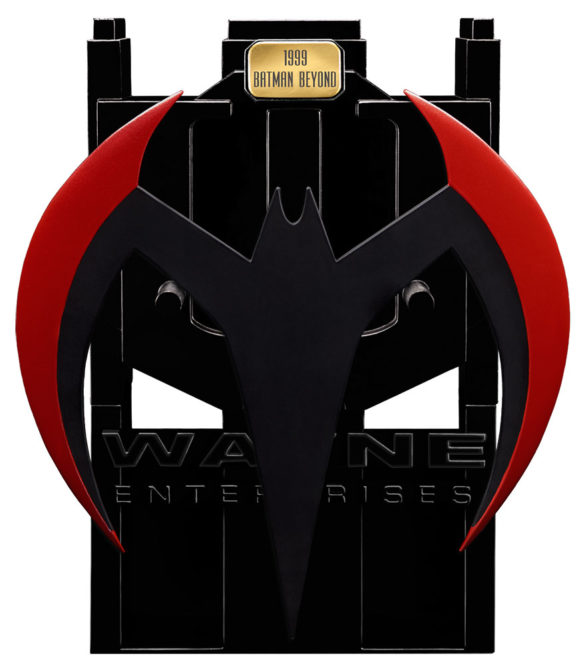 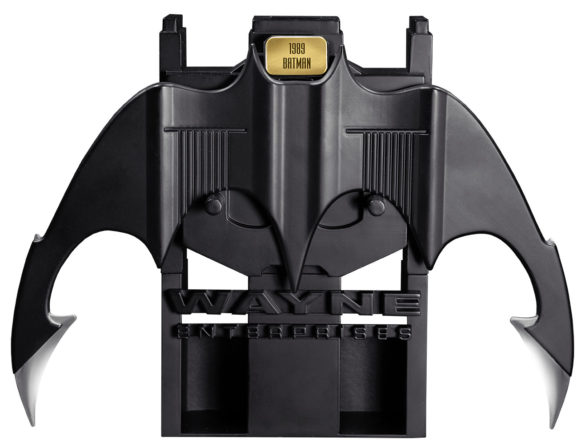 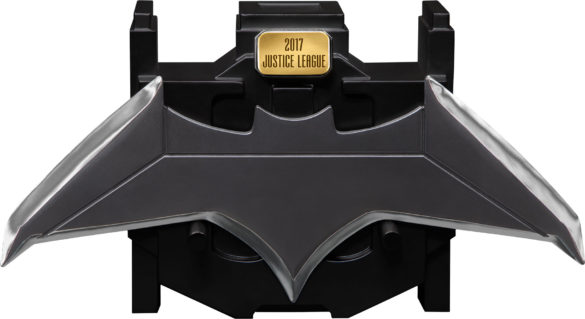 Based on Terry McGinnis’ Batman of the Future, set in the scarily close 2039, Batman Beyond has added a striking red to Batman’s otherwise colourless arsenal. Whether mostly based on the 1999 animated series or the comics, the design is bold and eye-catching, making McGinnis’ gear stand out strongly against the others. Such as his Batarangs, which are mostly black with bright red edges along their sharp wings.

From the 1999 animated series, Batman Beyond comes the most futuristic Batarang yet! Used by Terry McGinnis’ Batman in the year 2039, this red and black boomerang style Batarang was dispensed from the Batsuit’s gauntlets enabling for the quick takedown of some Neo-Gotham scum. Cast in solid metal, this life-size replica measures approximately 15cm wide.

Tim Burton’s classic 1989 Batman film, starring Michael Keaton as Batman and Jack Nickolson as Joker, is a cult classic that is truly loved and appreciated by many DC fans. With its strange, unique curved and ridged design, low sitting wings and silver sharp tips, it’s hard to get the ‘89 Batarang mixed up with any other. It also fits Burtons known style very well.

From Tim Burton’s classic 1989 Batman film comes one of the larger versions of the Batarang, seen in a thrilling rooftop scene as it is used to subdue a fleeing criminal. Cast in solid metal, this life-size replica measures approximately 23cm wide.

The latest live-action remake of Batman’s logo, and in turn, his Batarang, comes from Zack Snyder’s 2021 movie Justice League. Similar to the design from The Dark Knight trilogy, with straight lines, extra pointy corners, and a color palette of blacks and greys. There are some major differences between the bats, however. Ben Affleck’s Batarang has more body to it, as well as being almost entirely sharpened at the edges, to make it hit a little harder. This is exactly like the one that was caught by The Flash.

As seen Zack Snyder’s 2021 film, Justice League, this Batarang is just like the one caught by The Flash in a demonstration of the speedster’s powers. This high-quality replica is cast in solid metal and measures approximately 20cm wide.

Look at their current collection of Batarang Replicas here.

Batarang Images and Press Release Courtesy of Sideshow Collectibles. Other art may be subject to copyright.