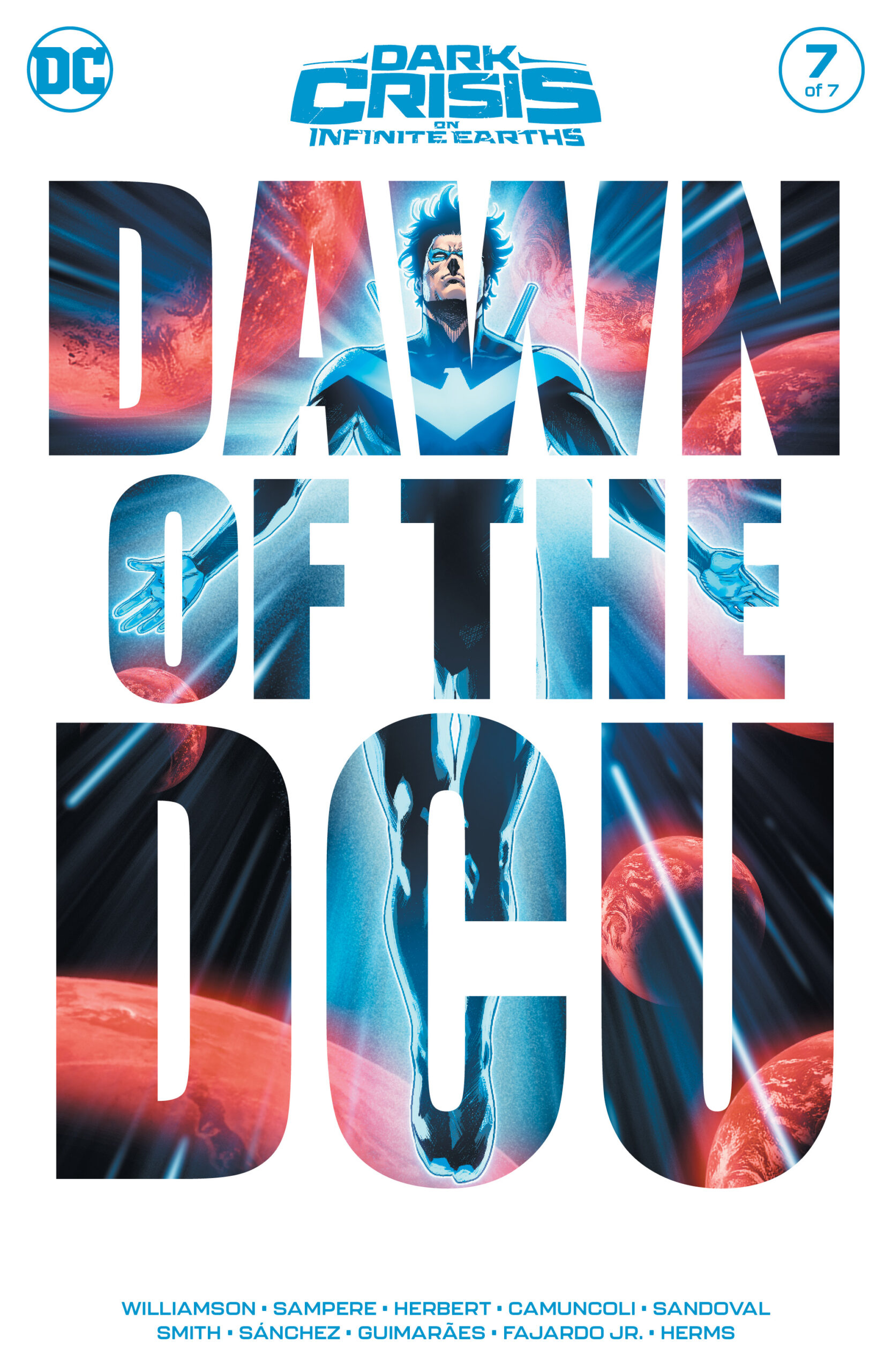 It’s a new dawn for the DCU, as Nightwing squares off against Deathstroke in this month’s Dark Crisis on Infinite Earths #7.

After months of machinations, Pariah has succeeded in his goal of restoring the infinite multiverse. However, his victory came at a cost. Pariah, who already suffered from some pretty terrible mental health issues, was also corrupted by the Great Darkness and when he was defeated last issue, the Darkness turned its attention to Deathstroke, who had served as Pariah’s General for their army of supervillains. 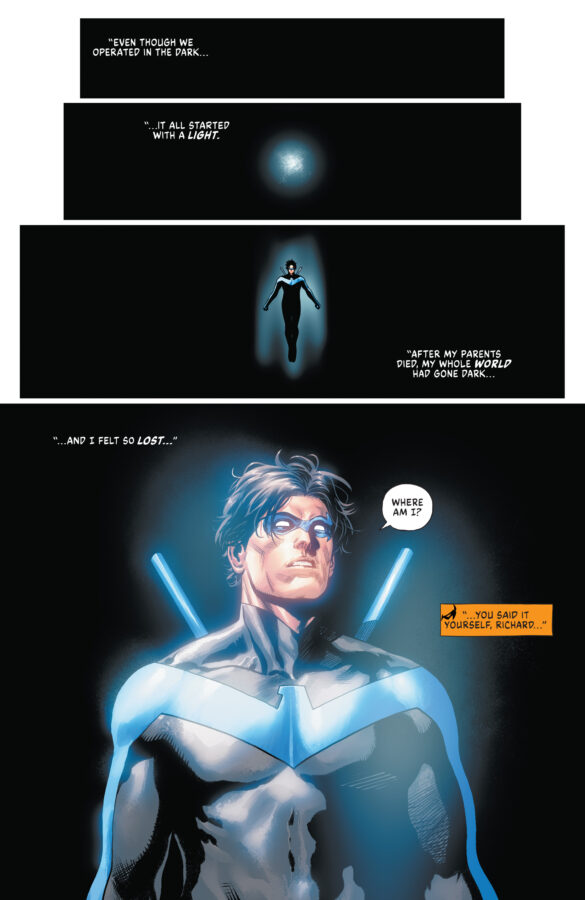 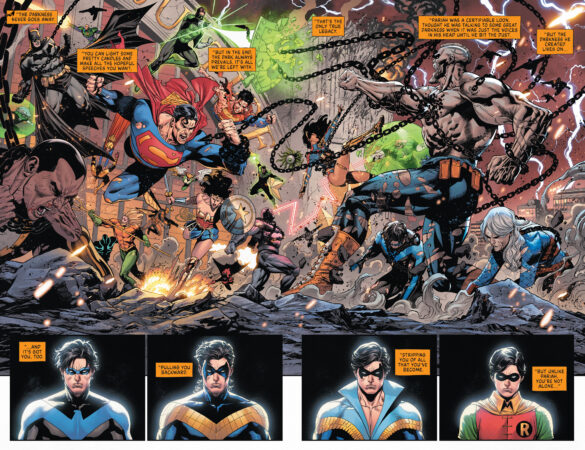 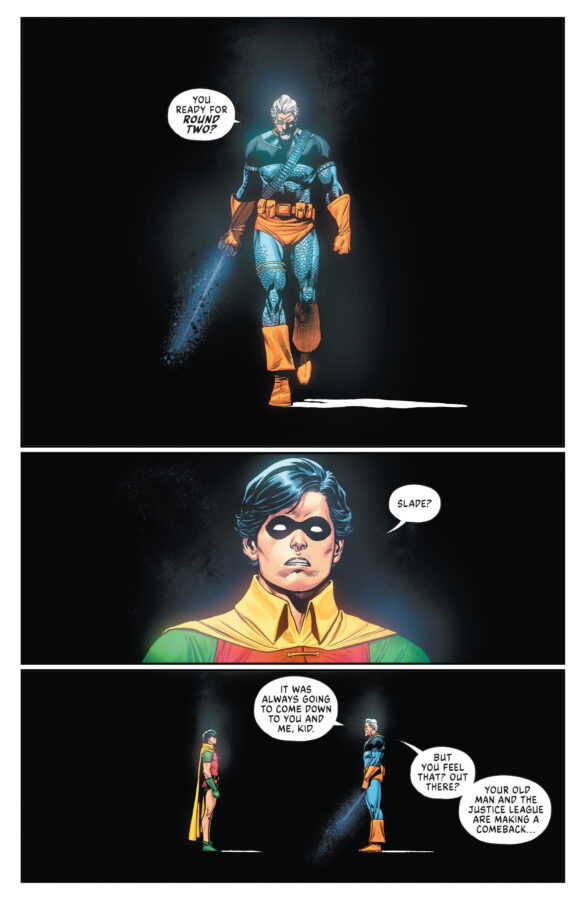 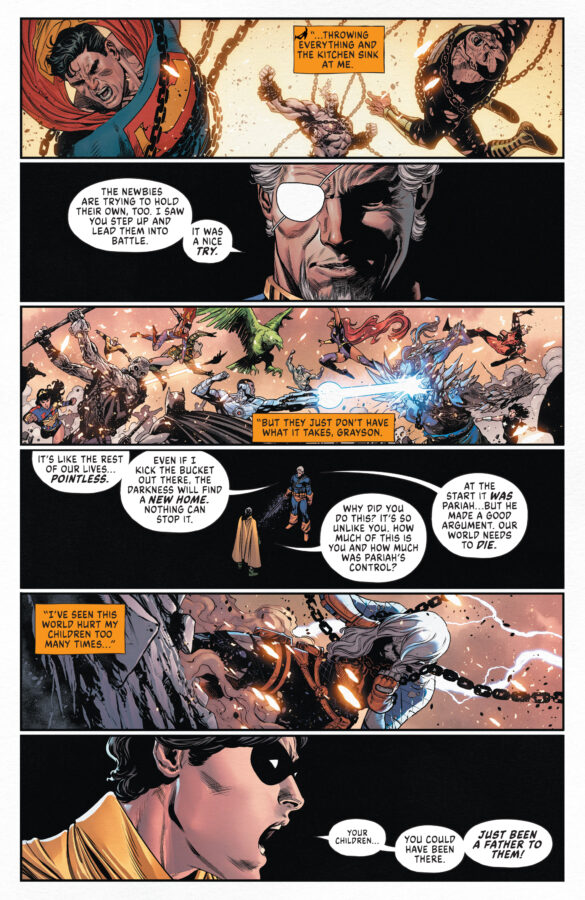 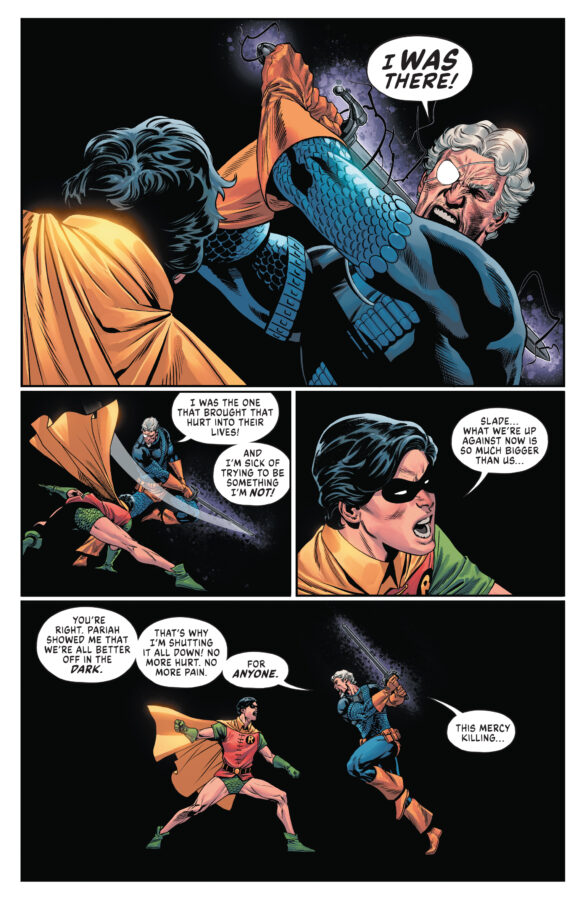 Having been fully processed, Deathstroke now wants to finish the job Pariah started and destroy Earth-0. Luckily, Dick Grayson and the remainder of Earth-0’s heroes are ready to make their last stand, fighting to protect the entire Multiverse.

At its core Dark Crisis on Infinite Earths #7 is really about the conflict between Nightwing and Deathstroke; two characters that have a long and complex history. While undoubtedly one of DC’s greatest villains, Deathstroke nonetheless began as an antagonist for the Teen Titans. He represents the challenges that the team faced as legacy heroes. Therefore, Deathstroke is a perfect choice to explore Williamson’s main theme: legacy.

With the exception of Black Adam, the Justice League has been out of the picture for most of the narrative so far. Accordingly, Earth-0’s legacy and B/C listers have had to step up to the plate and deal with an A-tier threat. Williamson’s elevation of Deathstroke to a cosmic-level antagonist works well within the narrative, as he’s able to draw on Deathstroke’s decades-long feud with DC’s legacy heroes. 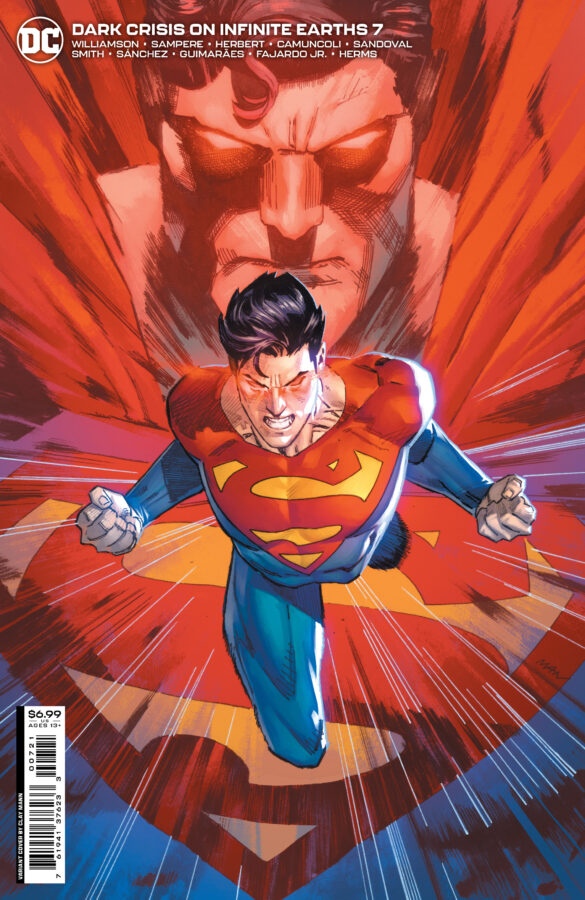 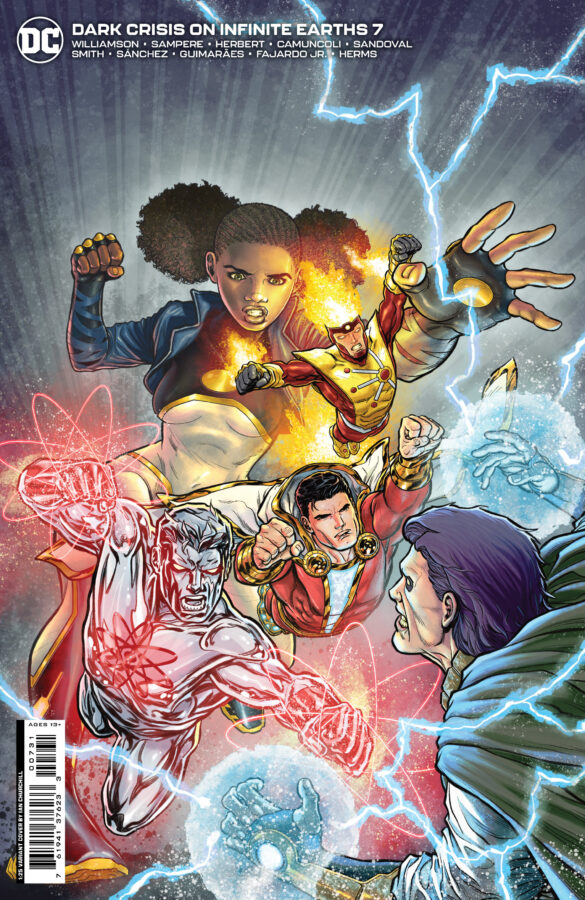 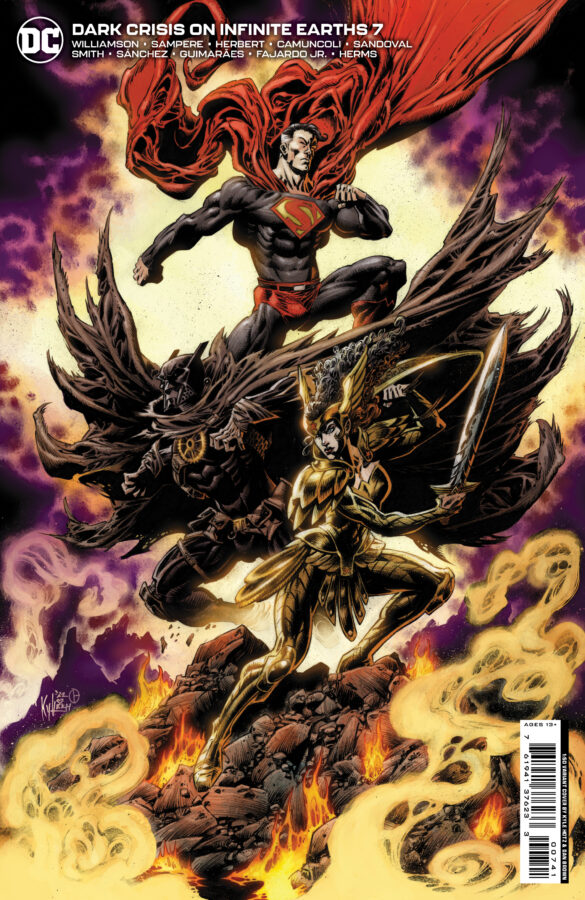 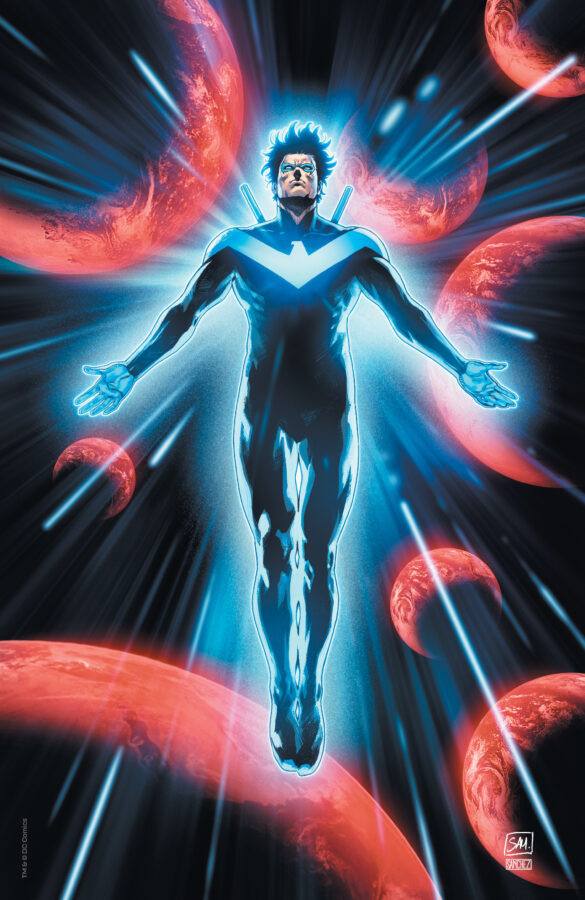 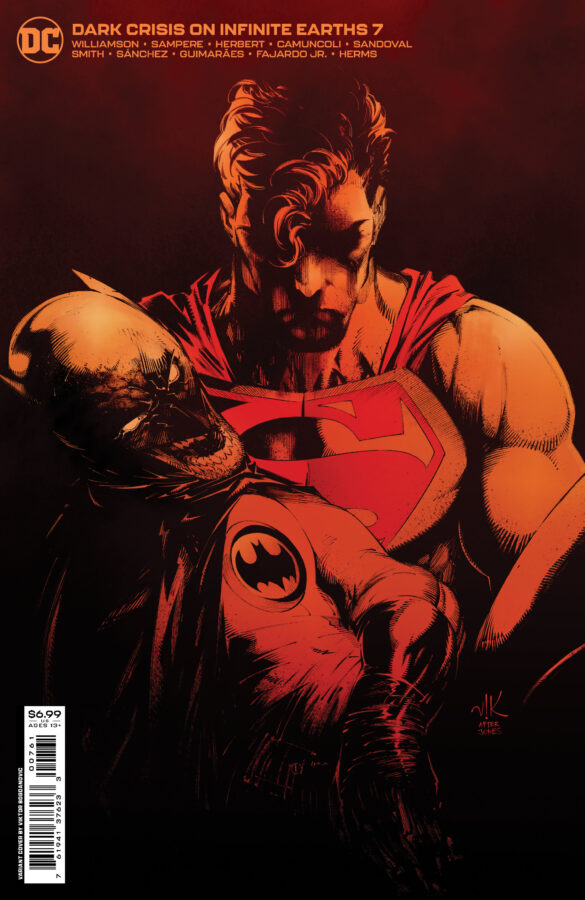 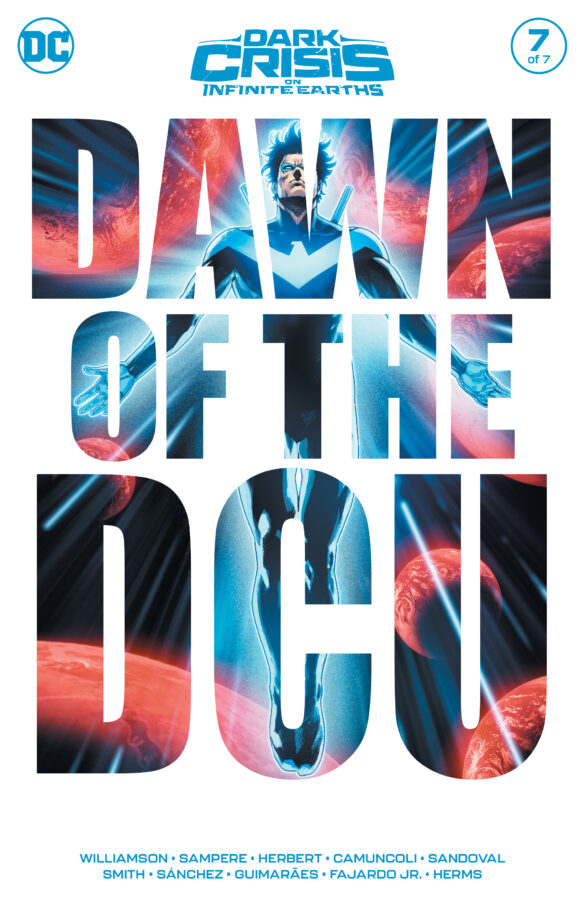 The More the Merrier

Usually, I’m not a fan of having multiple artists on a single issue, as I often find that when there is more than one penciler for a book my immersion within the narrative is easily broken. Shifting styles become a distraction. However, Daniel Sampere and the team manage to somehow create an aesthetically seamless issue.

Had I not read the credits, I never would have guessed that there were five different individuals credited as artists for this issue. Sampere has been the mainstay of this series; therefore, the rest of the artists conformed to his style. This is done so well that despite having a massive number of artists, Dark Crisis on Infinite Earths #7 will still read well when the series goes to trade.

Dark Crisis on Infinite Earths #7 gives readers an admirable finish to what will undoubtedly be a polarizing Crisis event. Williamson’s story was entertaining and fun; however, his decision to restore the infinite Multiverse will be likely a contentious topic for years to come due to the publisher’s quick turnaround.

Since DC published Infinite Crisis, back in 2006, the publisher has constantly been retconning its cosmology. Initially, there were only 52 Earths in the multiverse, then Flashpoint reset the continuity in 2011, shaking everything up once again. After Morrison’s The Multiversity mapped out the Multiverse in 2015, DC tried to integrate Morrison’s model with the pre-Crisis on Infinite Earths multiverse via the long-forgotten, much-maligned Convergence event of 2015. 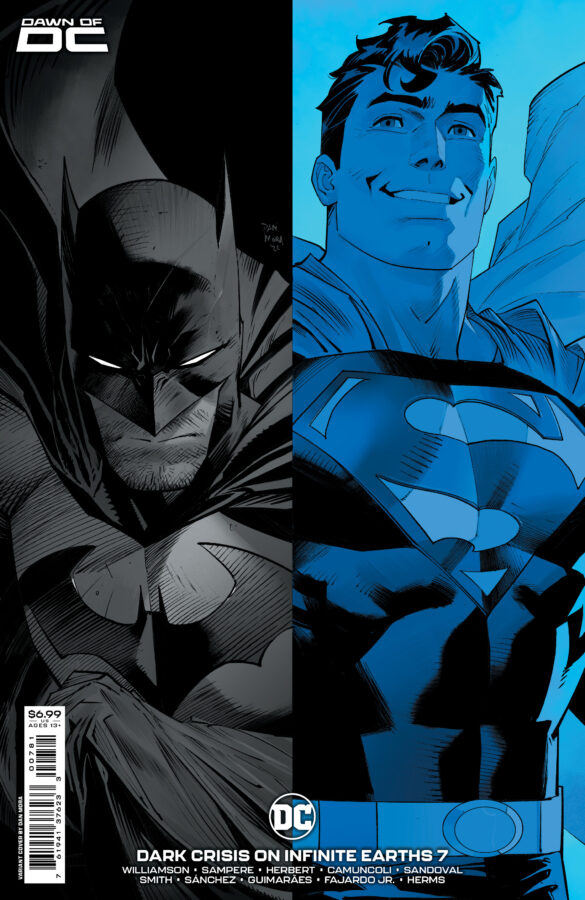 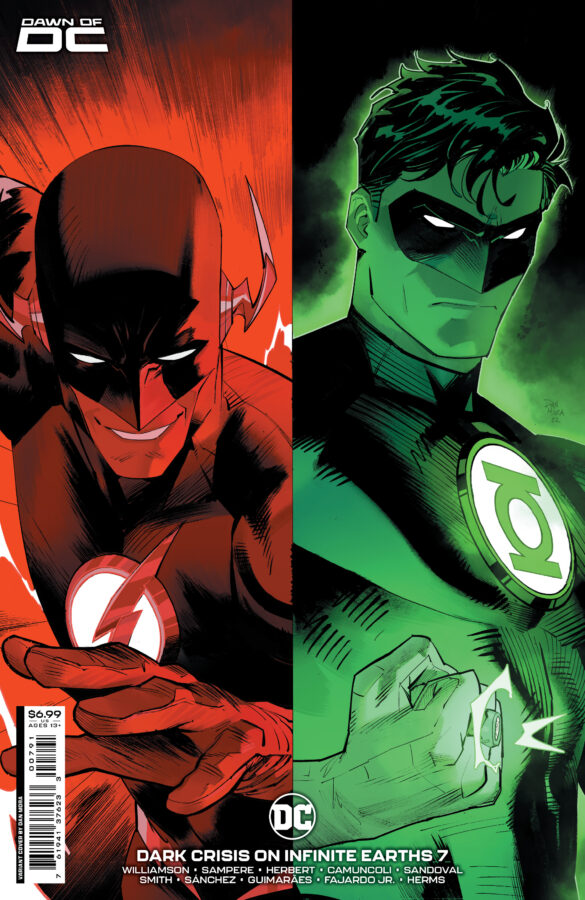 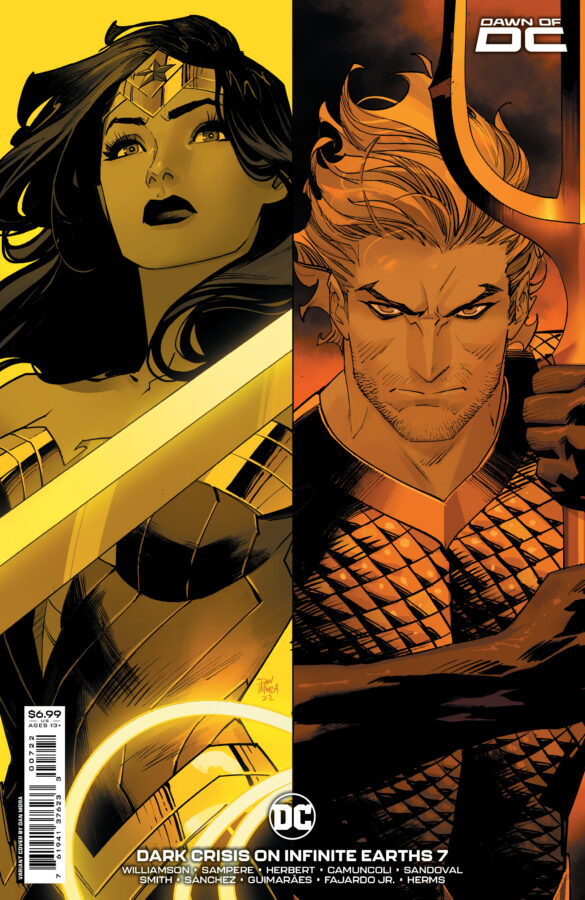 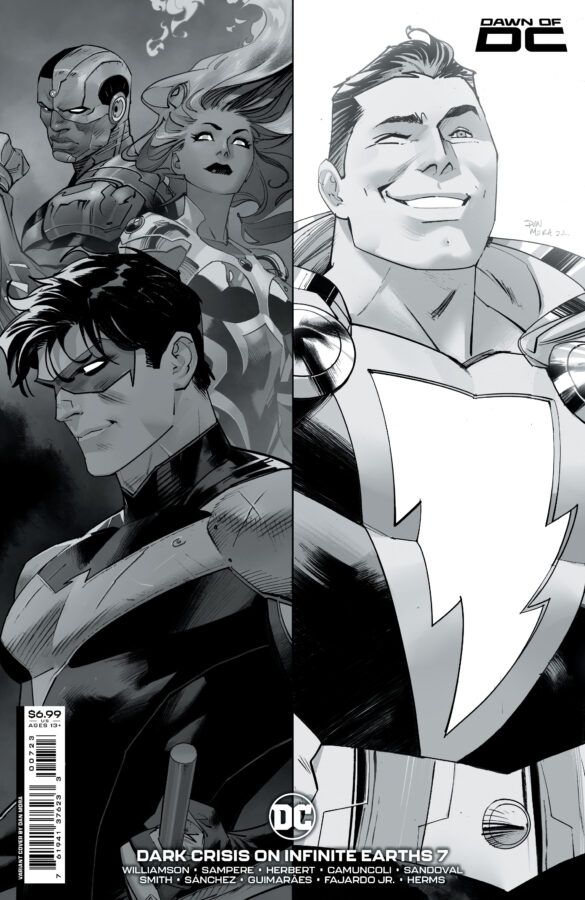 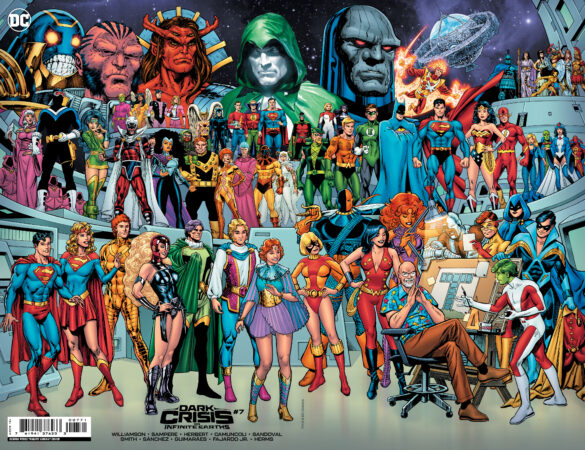 Then in 2018 Scott Snyder introduced the Dark Multiverse in Metal only to establish DC’s Omniverse at the beginning of 2021. Well, it’s now the end of 2022, and Dark Crisis is wrapping up. Not even a full 24 months have passed since the end of Death Metal, and DC has once again retconned its Multiverse model.

It’s been 16 years since DC reestablished its Multiverse, and in retrospect, I will never understand why they didn’t simply reestablish an infinite Multiverse after Infinite Crisis. It feels like DC has been spinning its wheels for almost two decades so, at this point, I’m hoping we can put this question about the Multiverse to rest. Even though I liked the Omniverse model, I’m fine with the infinite model as long as DC doesn’t do another about-face.

Final Verdict: the issue is good, but the ramifications are frustrating.