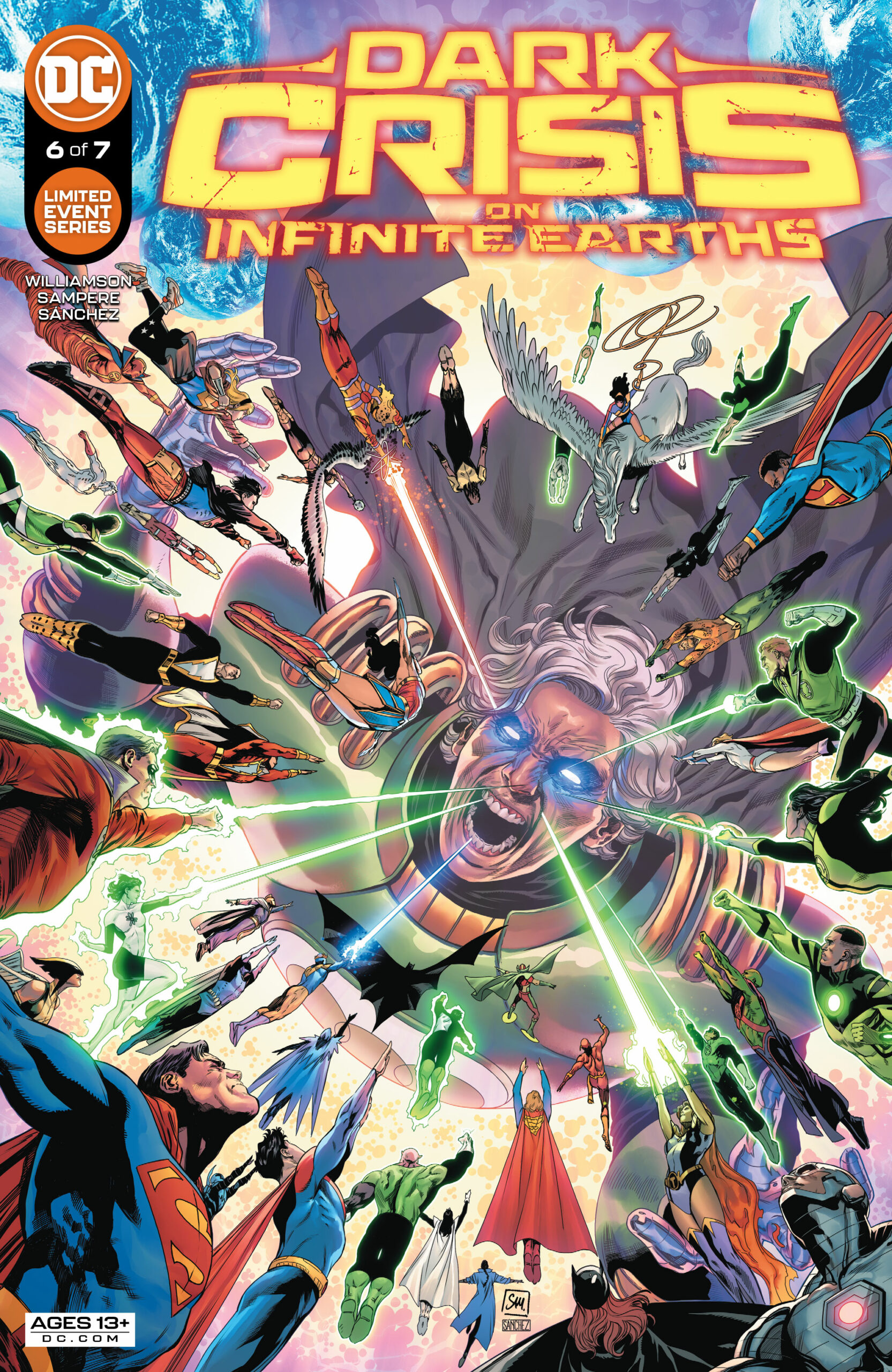 The Legacy War begins, as Pariah and his forces go toe-to-toe against Earth-0’s legacy heroes, in this month’s Dark Crisis on Infinite Earths #6.

The forces of evil have united on Earth-0. Fueled by The Great Darkness, Pariah has amassed an army of the most powerful villains in the DCU. Hellbent on restoring the original infinite multiverse that was destroyed during Crisis on Infinite Earths, Pariah must destroy Earth-0 in order to stabilize the new multiverse. With the Justice League gone, the Legacy heroes led by Jon Kent and Dick Grayson mount a resistance, fighting back Pariah’s evil army. 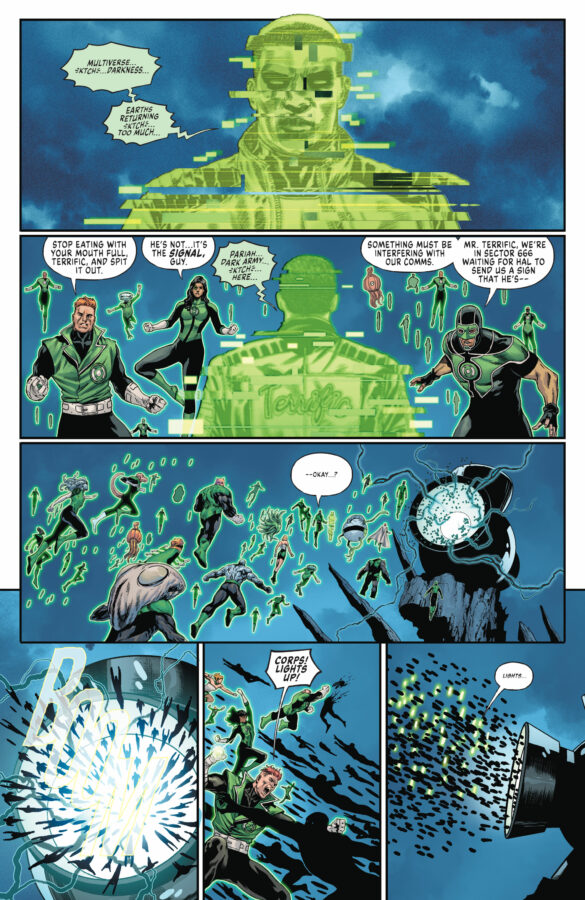 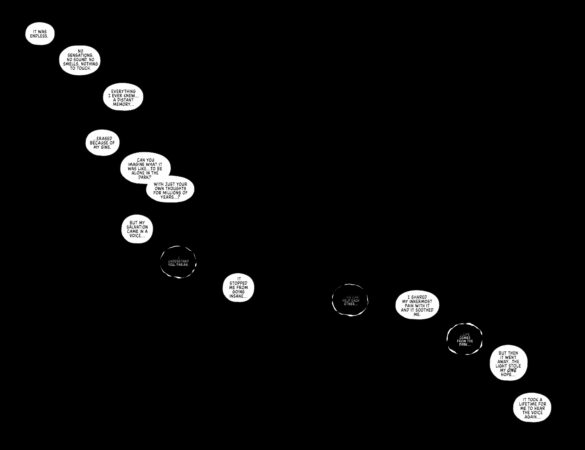 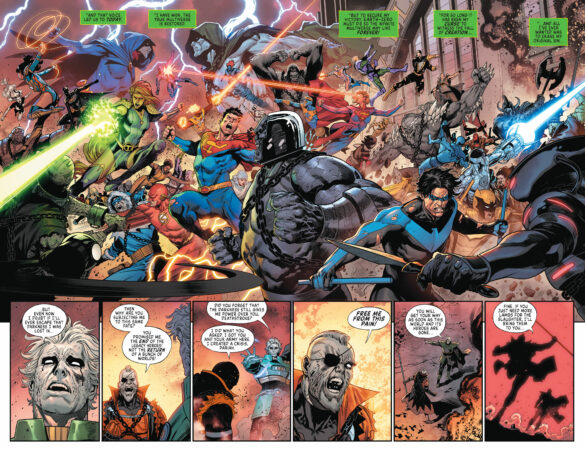 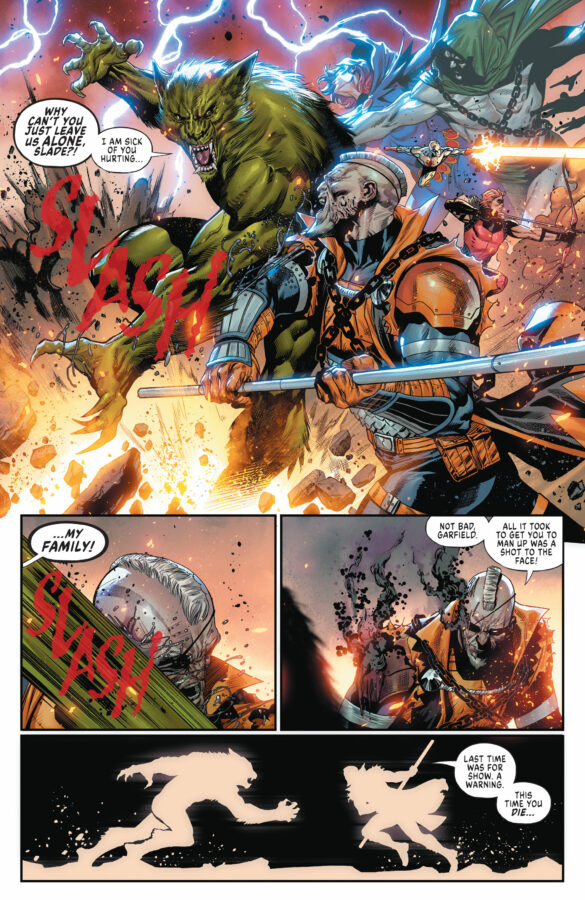 Come On and Do the Twist

This penultimate issue of Dark Crisis throws a bit of a curve ball. After the events of Dark Crisis: The Deadly Green, it’s not 100% clear who’s driving this train, and this issue only muddies the waters further. Since taking the reins of DC’s metanarrative, Joshua Williamson’s kept his readers guessing. First, the big baddie was Darkseid, then Pariah, then The Great Darkness, and now… well I’m gonna let you read the issue to figure out that one. However, it’s clear that Williamson has an ace up his sleeve for the final issue and I suspect he’ll be able to stick the landing.

Nevertheless, I’m not sure that DC will be in a better place by the end of this series. Since Infinite Crisis, the publisher’s been struggling with how to handle its multiverse. While reestablished at the end of 52, DC really didn’t do a whole lot with its multiverse until The New 52 initiative – specifically, The Multiversity. Sure, Grant Morrison touched on it in Final Crisis, but even then, the Nix Wotan storyline felt more like a subplot than the centerpiece, although the story definitely gave shape and substance to the multiverse.

Then Metal and Death Metal expanded DC’s cosmology with the Dark Multiverse and eventually the Omniverse/Metaverse. Now it seems that DC has come full circle, returning to its original multiversal model and the turnover has been astounding. It seems that the moment DC finally settles on a cosmology, they scrap it all and go in a separate direction. At the risk of sounding flippant, I think it’s time that DC stops doing the twist and settles into a clear model for their multiverse that sticks for more than 3-5 years. 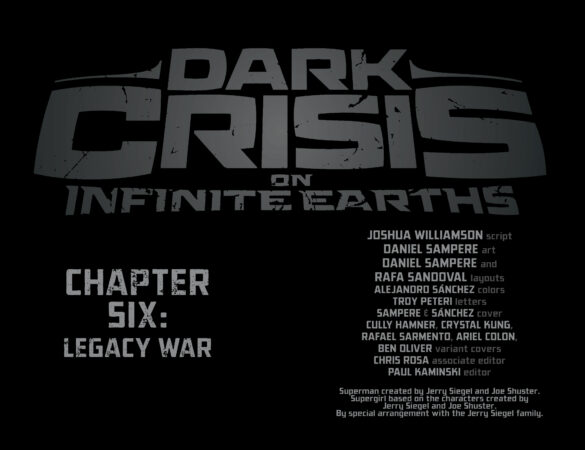 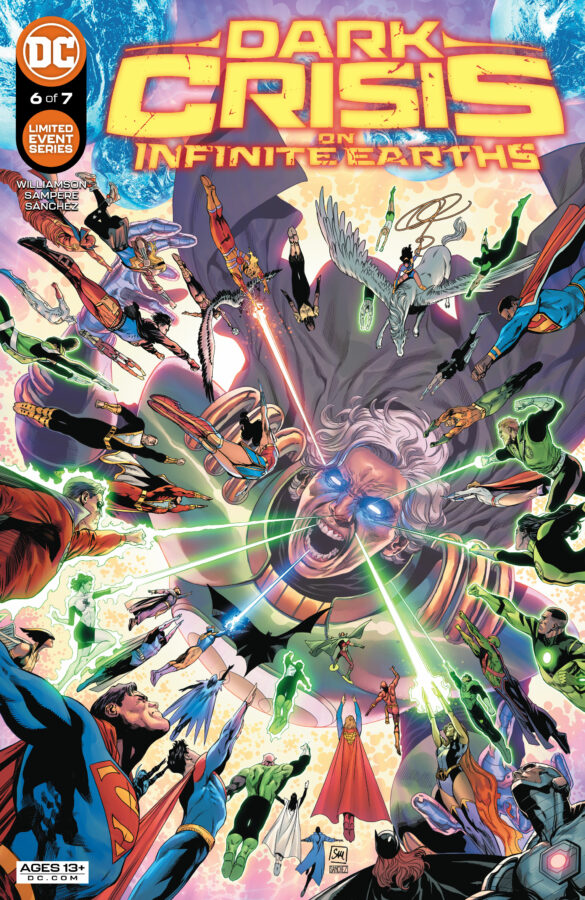 Dark Crisis on Infinite Earths is a massive story, which is unsurprising considering DC’s history of Crisis events. However, not all Crises are made equal. It takes a certain type of artist to be able to pull off a Crisis level title. Thankfully, Daniel Sampere has proven himself to be one of those artists. There’s just so much going on in each panel that it’s astounding, as Sampere’s work is incredibly detailed. What’s even more impressive is how his scope doesn’t detract from his art’s emotive elements. Watching Jon Kent go toe-to-toe with Doomsday is heart wrenching. The pain is palpable. Seriously, Sampere’s going places. Keep an eye on this guy – literally. Kudos also to Rafa Sandoval, who also drew some of the layouts this month.

Dark Crisis on Infinite Earths #6 is grandiosity incarnate. The story booms with excitement and the stakes feel pretty high. While I’m not thrilled with DC’s reversion to an Infinite Multiverse, I have enjoyed the ride so far. Williamson’s script is heartfelt and thrilling. Sampere’s art is fantastic. These two individuals make for a great team and therefore a great book.

Thought Bubble 2022 Will Wipe Away the Winter Blues