Sideshow Fine Art Prints and Clampett Studio Collections have released the “Guardians Of Justice” art print by Bruce Timm. This gorgeous piece of art was created in-house by the artists of DC Comics, and inspired by the animated series Justice League Unlimited.

Standing alongside beloved heroes Superman, Batman, and Wonder Woman is a treasure trove of familiar faces. This series comprises an expanded Justice League that includes Green Arrow, Captain Atom, Supergirl, and many, many more. The series was produced by award-winning Warner Bros. producers Bruce Timm and Glen Murakami. 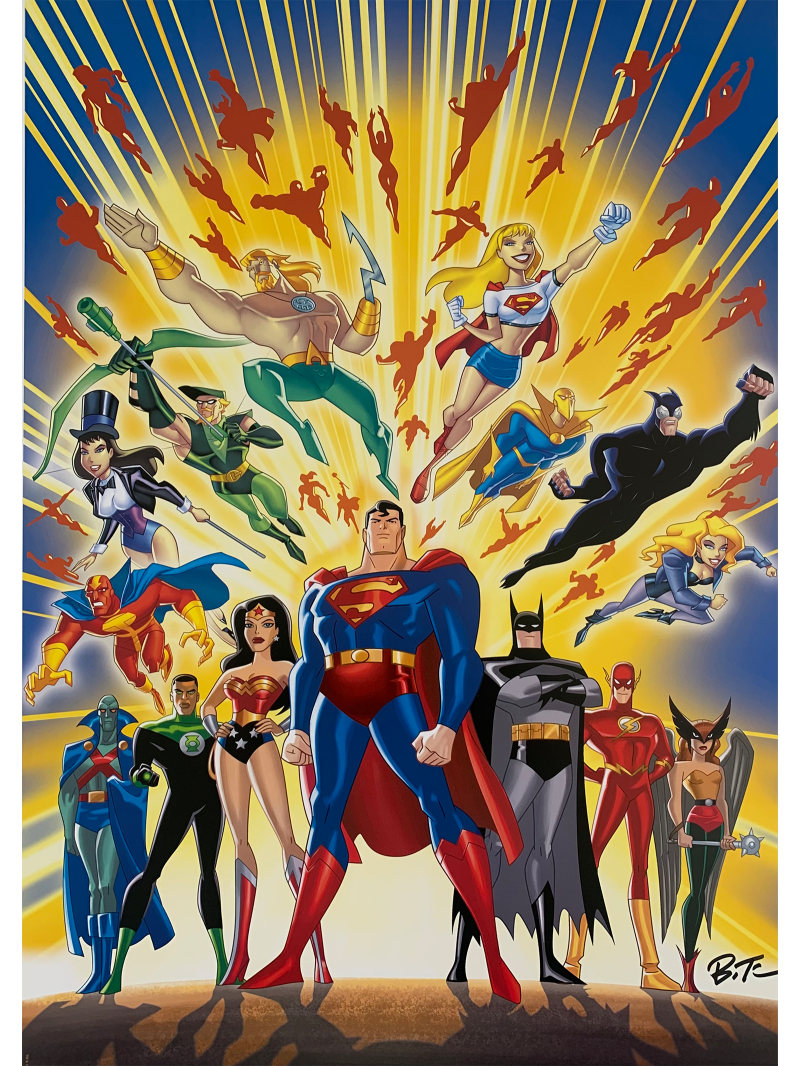 Justice League Unlimited was set quite some time after the end of the first Justice League animated series and focused on a revamped League of about 60 superheroes. The show featured the voice talents of Kevin Conroy, Michael Rosenbaum, J.K. Simmons, and many more and has 3, 13 episode seasons. The first two have been repackaged for DVD as Season One, and the last was renamed Season Two. In January 2009, IGN dubbed Justice League Unlimited the 20th best-animated television series.

Presented as a limited edition of 500 pieces, each lithograph print is signed by Bruce Timm.

“Guardians Of Justice” is a fun colorful art print that would look amazing on any DC Comics fan’s wall. With only 500 pieces available you had better be as quick as The Flash if you want to buy one.

The print is now available to pre-order from Sideshow Fine Art Prints and each piece is priced at $305. The print is expected to ship between January 2023 and March 2023.